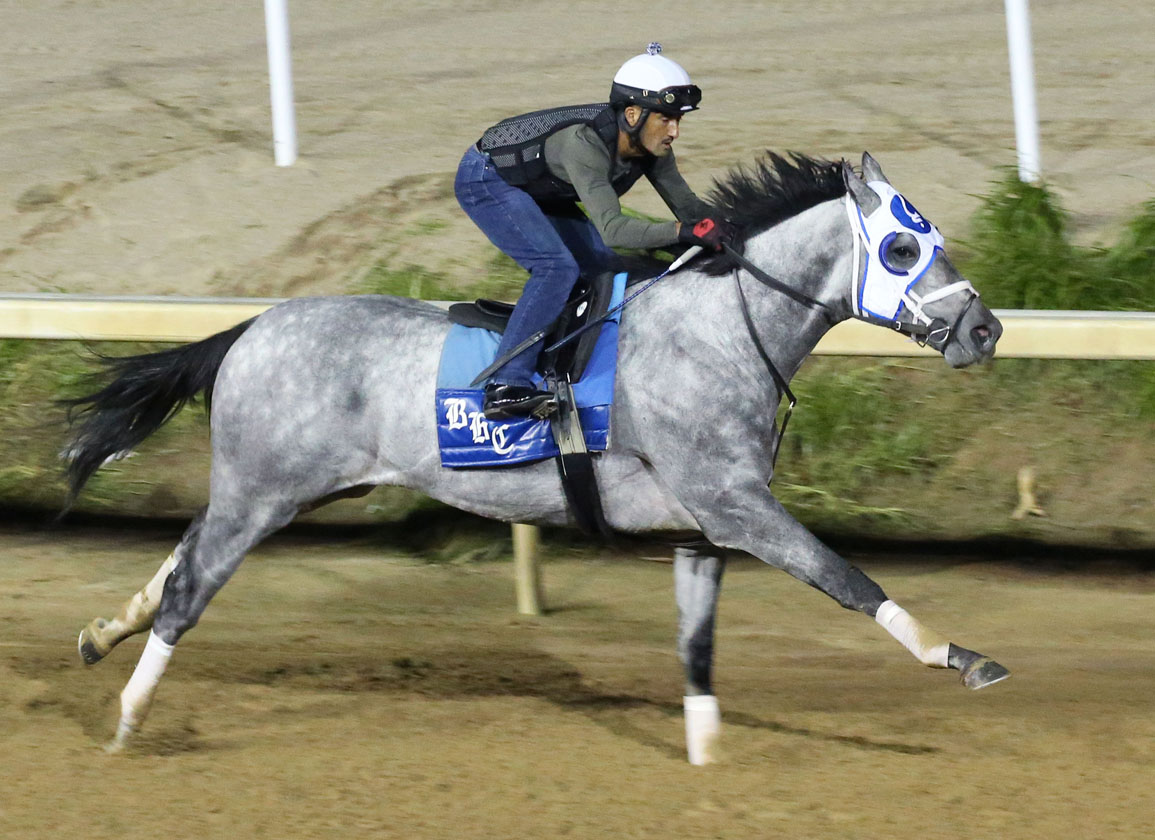 A quartet of horses headed towards engagements at the Breeders' Cup World Championships at Del Mar Nov. 6 were out for serious workouts Saturday morning at both major Kentucky venues.

Champion Essential Quality (Tapit) worked five furlongs in the company of Ellis Park allowance winner Colonel Bowman (Curlin) just after the track opened for business shortly after 5:30 Saturday morning. The duo broke off at the half-mile pole, crossing the wire in :46.80 before completing the move around the clubhouse turn in :59.20. Essential Quality outgamed Midnight Bourbon (Tiznow) to take out the GI Runhappy Travers S. in his most recent start and is being trained up to the Classic, for which he figures no worse than the second choice.

“Essential is the type of horse that just keeps finding more in every race,” trainer Brad Cox said. “I thought his race in the Travers was a tremendous effort to run down [Midnight Bourbon]. He's a really nice horse in his own right.

He continued, “The distance in the Classic is not going to be an issue for him. He'll be fit and ready. There wasn't a race in between the Travers and the Classic that made a lot of sense for him to run in. We gave him two easy half-mile works prior to [Saturday] and we'll keep tightening the screws each week.”

The Cox-conditioned Shedaresthedevil (Daredevil) turned in an easy half-mile in :50.40 Saturday morning, her first move since winning the GIII Locust Grove S. Sept. 17.

Bell's The One (Majesticperfection), a latest second to Sconsin (Include) in the Sept. 17 Open Mind S., also returned to the tab Saturday morning for trainer Neil Pessin. The 5-year-old, who will look to improve on her third-place effort to Gamine (Into Mischief) in last year's GI Breeders' Cup Filly and Mare Sprint, went in the company of recent allowance runner-up Audrey's Time (Uncle Mo) and covered a half-mile in :48 (14/131), breaking off five lengths behind her stablemate before joining her on the wire.

Across Interstate 64 at Keeneland Saturday morning, pro-tem divisional leader Letruska (Super Saver) tuned up for the Oct. 10 GI Juddmonte Spinster S. by working five-eighths of a mile in :59 over a fast main track. She was clocked in splits of :22.60, :35.40 and :46.80 before energetically galloping out six furlongs in 1:11.

Golden Pal (Uncle Mo), winner of the 2020 GII Breeders' Cup Juvenile Turf, worked five furlongs in 1:01 over the firm turf course in preparation for next Saturday's GII Woodford S. His workmate was the fleet 2-year-old filly Averly Jane (Midshipman), who is ticketed for the Oct. 10 Listed Indian Summer S. en route to a possible appearance in the Juvenile Turf Sprint.