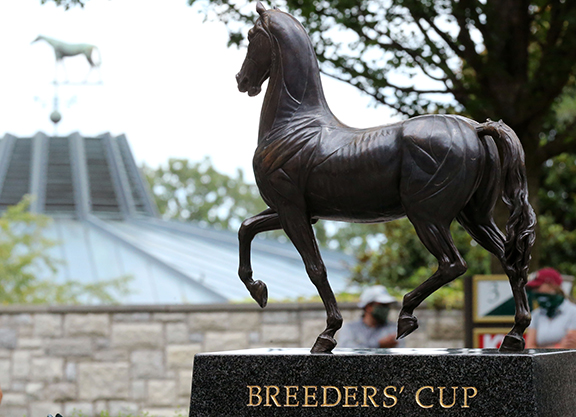 The Breeders' Cup announced post times Thursday for the two-day Breeders' Cup World Championships, consisting of 14 Championship races and eight undercard races with total purses and awards of more than $31 million, which will be held Nov. 6-7 at Keeneland.

The official race order and wagering menu for both days of the Championships will be announced Wednesday, Oct. 28.

There will be 12 races on the Saturday, Nov. 7 program, featuring nine Breeders' Cup World Championships races. The day begins with three undercard races with a first race post time of 10:15 a.m. ET. The first Breeders' Cup race will be race four, which will have a post time of 12:02 p.m. ET.

“This year's World Championships will take place after Daylight Savings Time ends Sunday, Nov. 1. We wanted to ensure that our fans, racetrack and ADW partners have the schedule of EST post times in plenty of time to make arrangements to watch and wager on two days of world-class international racing at Keeneland Race Course,” said Dora Delgado, Breeders' Cup Executive Vice President and Chief Racing Officer.