Bradester Wire-to-Wire in the Stephen Foster 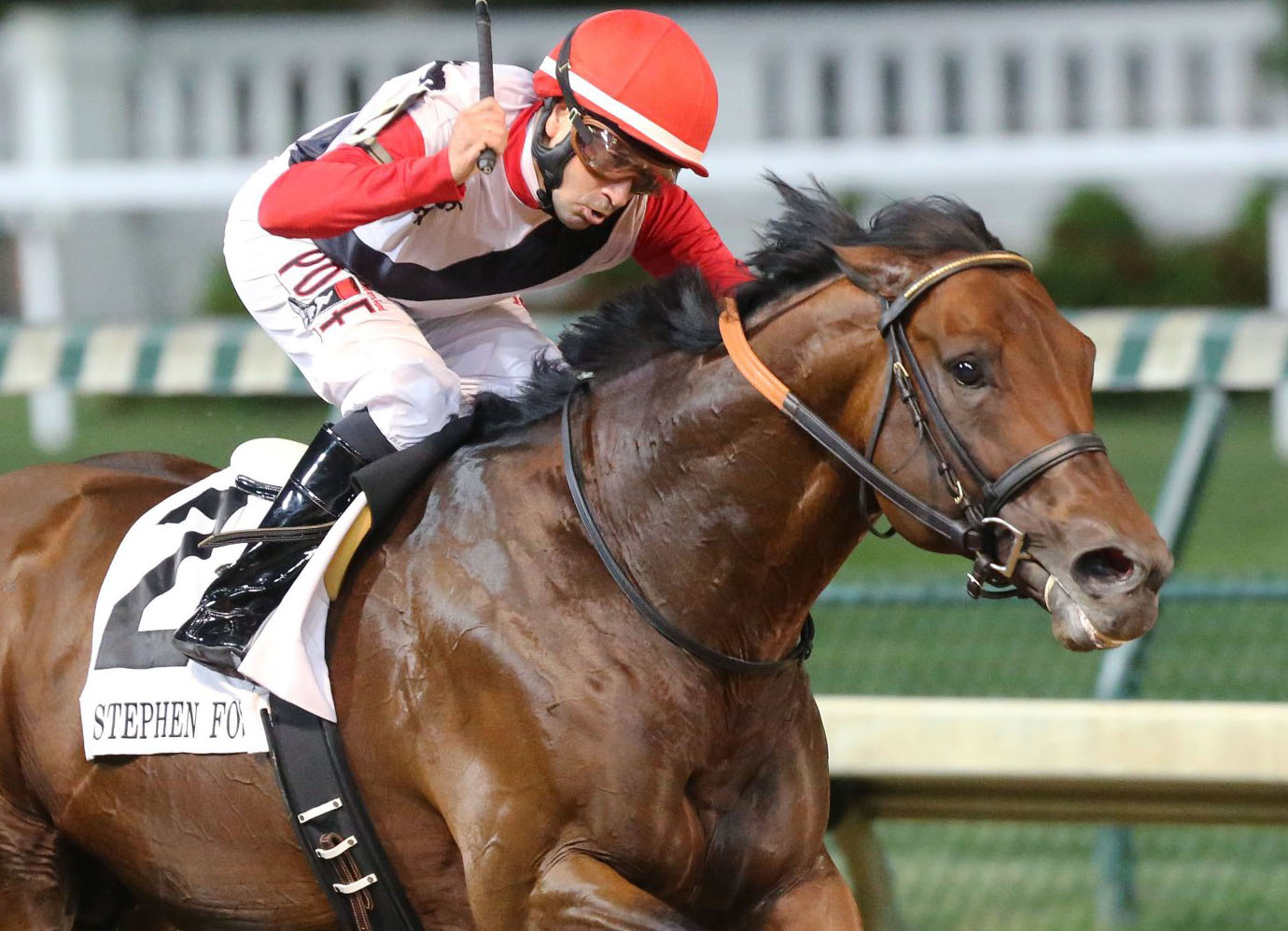 The hard-knocking 6-year-old Bradester (Lion Heart) broke through at the highest level with a game front-running triumph under the lights in Saturday night's GI Stephen Foster H. at Churchill Downs, a 'Win and You're In' for the GI Breeders' Cup Classic. Away to a characteristically sharp beginning, the 9-1 chance had things his own way through a half-mile in :47.58 and six furlongs in 1:11.69. Cornering for home with a daylight lead, the Joseph W. Sutton colorbearer had plenty of gas left in the tank and dug in to notch a half-length score over the hard-charging Eagle (Candy Ride {Arg}). Majestic Harbor (Rockport Harbor) was third. Heavily favored Effinex (Mineshaft) never got involved and finished off the board.

“To win a Grade I with him is phenomenal,” trainer Eddie Kenneally said. “Now he has established himself. He is a beautiful horse, so now he's got credentials to be a stallion hopefully at some point in his career here in Kentucky and I think he's earned that right. He's been a durable and hard-knocking horse and it's great to finally win a Grade I. He was coming into the race great so we decided to take a shot. For a 6-year-old, he's relatively light and has been lightly raced and he's a horse that runs well fresh so we gave him the winter off after the Breeders' Cup. He came back with a huge run at Monmouth a month ago [in the Majestic Light S. May 21].”

Bradester, winless in two prior attempts at the Stephen Foster distance of 1 1/8 miles, won the GIII Salvator Mile and GII Monmouth Cup at Monmouth back-to-back last summer. He closed out the year with a runner-up finish in the GIII Philip H. Iselin S. Aug. 30 and a tiring ninth-place finish in the GI Breeders' Cup Dirt Mile at Keeneland Oct. 30. The 2014 GIII Ack Ack H. hero returned to action winning the Majestic Light S. in front-running fashion back at the Jersey Shore May 21.

“This race came up with a shorter field than in past years, so we figured it was a good opportunity for him to take a shot at some Grade I horses,” Kenneally continued. “Looking at the form, he is the true speed of the race. [Jockey] Joe [Bravo] rode him with so much confidence and we are just so delighted for the whole team. We have a great crew and we couldn't have done any of this without them.”

Bravo added, “He's a pretty fun horse, he does all the hard work for you. He kind of reminds me of his father Lion Heart who I rode in the Haskell. I just kind of rode him like his dad and you saw what he did today.”