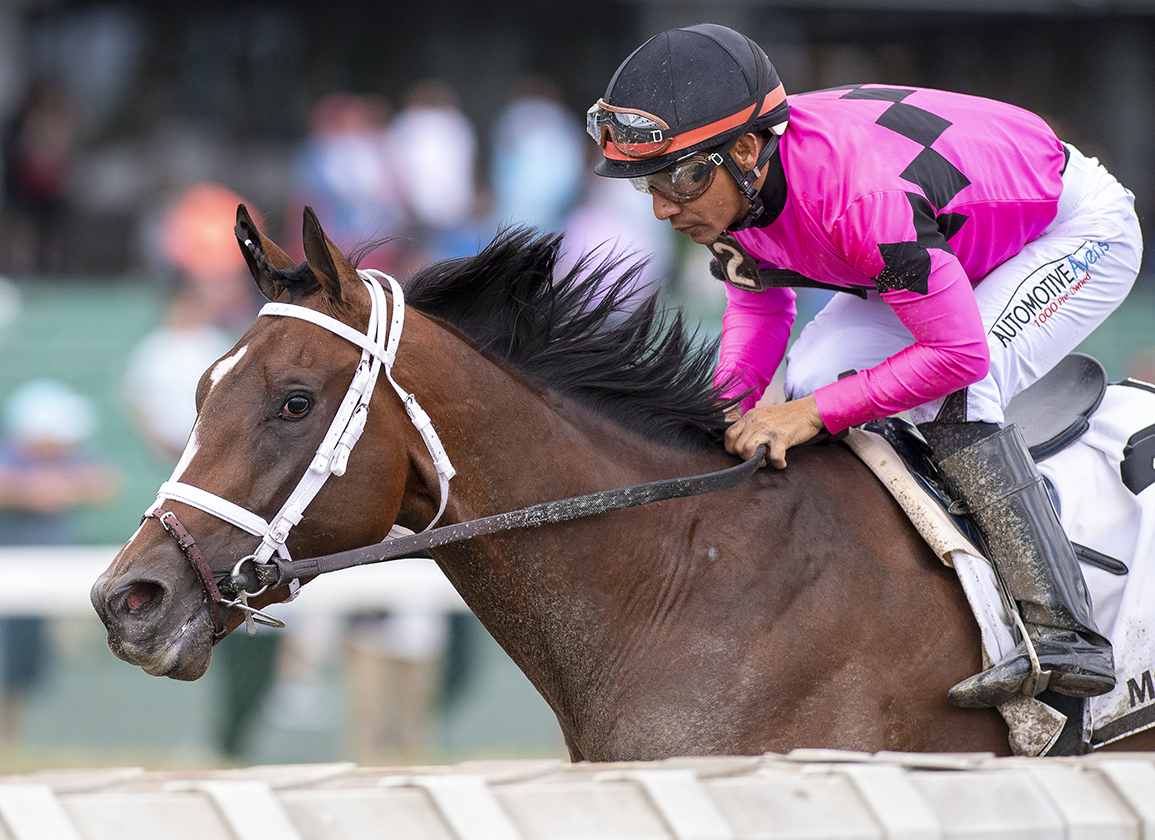 One year removed from winning this race with his GISW Mandaloun (Into Mischief) before taking the GI TVG.com Haskell S., Brad Cox returned to the Jersey Shore with Home Brew. Minus one bad run when he caught a sloppy track for Oaklawn's Smarty Jones S. Jan. 1, the son of Street Sense boasted a nearly unblemished record, with his only other loss a second Nov. 14 in his first start for Cox at Churchill Downs. After a three-month absence following the Smarty Jones, Home Brew returned to take the Apr. 23 Oaklawn S. and post a career-high 84 Beyer Speed Figure. The 3-2 second choice for Saturday's contest, Home Brew saved ground along the inside in third as Cyberviking led the field through an opening quarter in :23.70. Maneuvered out around the far turn, he rallied three wide at the quarter-pole and inhaled the early leaders, pulling away in the final sixteenth to win by an easy 6 1/4 lengths.

“He's not a real big horse and I think we've just kind of taken our time with him and let him mature and I think that has helped a lot,” said assistant trainer Blake Cox. As for whether or not Home Brew could contest the July 23 Haskell along with stablemate Cyberknife (Gun Runner), Cox said: “I'm not sure about that. We have to see where we are. We've had good luck in the Haskell so we'll see.”

Home Brew has a 2-year-old full-brother named Day Trade who is his dam's last reported foal.