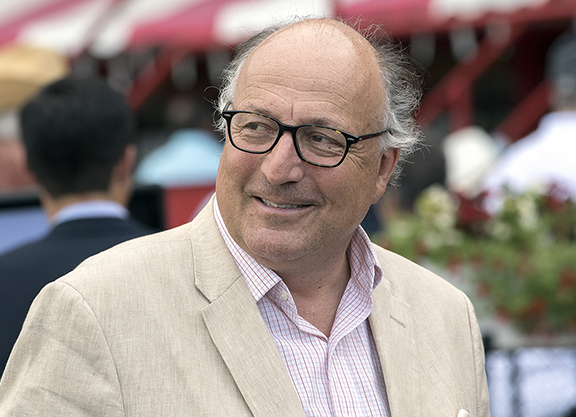 A Sallee van en route from Florida to trainer Christophe Clement's stable at Belmont Park crashed early Sunday morning on the New Jersey Turnpike. According to reports, 10 horses died in the fire.

Clement confirmed the accident on his twitter feed. His post read: “This morning we learned from Sallee that a van carrying horses to our barn in NY caught on fire. We understand both drivers were admitted to hospital, and that all horses have passed. We are all devastated by the news and heartbroken– we are working to understand what happened.”

Clement did not announce the names of the horses involved. West Point Thoroughbreds later tweeted that two of its runners, Tampa Bay Downs debut-winning sophomore filly Hot Mist (Tonalist) and $375,000 yearling purchase Under the Oaks (American Pharoah), were among those on the trailer.

Sallee issued a statement, which read: “This morning at approximately 3:15 a.m., our truck and trailer traveling from Florida to New York caught fire. While our drivers attempted to rescue the horses, it was not possible. Both drivers have been taken to the hospital, one driver has been released and the other is being treated for smoke inhalation. Two horses escaped, one died outside the van, and the other had to be humanely put to sleep. We are working with the State police to find out the cause, and will stay in touch. We are sorry for what has happened.”

Sallee President/CEO Nicole Pieratt said that because the investigation was ongoing, she could not comment further on the accident.

According to nbcphiladelphia.com, the trailer, which was traveling northbound on the Turnpike, hit a concrete divider. The accident occurred in East Windsor Township, which is near Trenton.