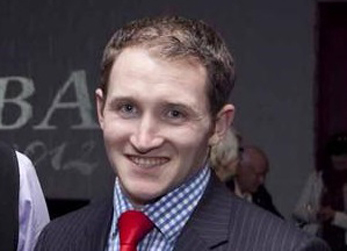 When the subject of betting is raised in casual discussion, one usually doesn't have to wait long for the old maxim of “the bookie always wins” to be trotted out. With the likes of Paddy Power having made an operating profit of €180-million in 2015 and recently merging with another profit-making colossus of the betting world in Betfair, who would want to argue with it?

While the bookmakers always make sure to tilt the odds they offer in their favour, the most fundamental foundation block of the ever-growing popularity of betting is that the customer believes they have a chance of winning. Why else would they keep getting involved if they didn't think they could come out on top every so often?

However, the seldom-discussed reality of modern bookmaking is that not everyone is given a fair chance to win. While a bettor that consistently loses will be welcomed and indeed incentivised to bet as much as they like, those that show even hints of skill will have the size of the bets they are allowed to place with their bookmakers restricted to derisorily small amounts and may even have their betting accounts closed altogether.

The specifics of this rampant problem were described at length in these pages last month and tangible evidence of it was recently detailed by the UK-based Horseracing Bettors Forum, but there is a bigger-picture consequence of this situation that is specific to Irish horse racing and has never been widely discussed in the media. It is a consequence that extends far beyond the world of betting, impacting on the very financial foundations of the sport in Ireland and it demands the attention of everyone involved in the industry before it is too late to take remedial action.

The issue of betting restrictions is easily categorised as one that only affects those that bet, but such a view is guilty of losing sight of how Irish horse racing is financed. While all of the betting tax revenue generated in Ireland is no longer automatically funnelled into the Horse & Greyhound Fund which finances Irish racing as it was until the recent past, there remains a significant link between the betting tax yield and how much funding the government provides Irish horse racing with. Indeed, it was no coincidence that it was only after the Irish government finally succeeded in bringing in legislation to get online betting revenue into the tax net with an estimated value of €20-million per year to the exchequer that funding for Irish horse racing increased by over 25% to €54.4-million in 2014 and has continued to rise since.

The link between betting tax yield and the issue of bookmaker restrictions should be obvious. Betting tax in Ireland is charged on a turnover basis, with 1% of every bet struck being taken by the government. Thus, every single bet that bookmakers turn away or reduce is directly depriving the exchequer of tax revenue. Bet restrictions have become so commonplace in recent years that such practice is likely to have cost and will continue to cost the exchequer millions in lost betting tax revenue, thus reducing horse racing's case for increased funding from the government.

Another bigger-picture consequence of bookmaker restrictions is the effect that the resulting drop in betting turnover on horse racing will have on the negotiations with bookmakers for the rights to broadcast footage from Irish racecourses. These media rights deal are an essential part of the financing of Irish racing and Irish racecourses and if betting turnover on horse racing drops, the bookmakers will be in a strong position to offer less money for the same rights in future deals.

This is far from the first time that bookmaker behaviour has cost the Irish exchequer–and by extension the Irish racing industry–significant revenue. Indeed, it shouldn't be forgotten that it was the big bookmakers that played a major role in creating a huge hole in the finances of Irish horse racing by moving their online operations offshore as soon as internet betting began becoming popular in the opening years of this millennium. This allowed them to avoid paying any tax in Ireland on the online bets they took from Irish customers, costing the Irish exchequer a sum likely to be well in excess of €100-million up until the government finally succeeded in bringing online betting revenue into the tax net with recent legislation.

It is essential for the future prosperity of horse racing that betting turnover levels on the sport are maintained. It is in the best interests of the retention of existing racing fans, the attraction of new ones and the financial health of the entire industry. With this in mind, the scourge of bookmakers restricting bets on horse racing to grossly unreasonable levels has to be brought to an end. Fortunately, a precedent of how to fix this problem has already been set and successfully implemented on the other side of the world.

In Australia, the racing authorities in New South Wales introduced a minimum bet limit that obliged bookmakers to guarantee to lay anyone a bet to lose A$2,000 at a city meeting and A$1,000 at country fixtures. While the bookmakers were up in arms when this move was announced two years ago, the feedback from Down Under is that the new rules are working well for both bookmakers and bettors. Indeed, such has been the success of them, Victoria has recently followed New South Wales in introducing similar rules. Interestingly, Paddy Power have a significant presence in Australia through Sportsbet and they have no problems adhering to those rules down there, so they would presumably have no problems doing so if obliged to in Ireland.

Of course, some readers may be instinctively reluctant to support such a line of action given the rise in awareness of the dangers of gambling addiction. However, despite the obligations that bookmakers are supposed to have in encouraging responsible gambling, betting restrictions rarely affect those that bet recklessly. In fact, rather than being discouraged, those that show themselves to be ill-disciplined and uninformed are routinely given the red carpet treatment by bookmakers.

One infamous case in recent years was that of a postman stealing €1.75-million from his employer to feed a gambling addiction which saw him bet €10-million over the course of just 18 months, losing a total of €1.7-million. In one instance that emerged during his trial he was allowed bet €40,000 on the result of something as obscure as a soccer match involving a Norwegian women's team. Not only was he allowed essentially to have as much money as he wanted on any event he liked without fear of restrictions, in an effort to keep him sweet, a leading Irish bookmaker took him on free trips to the Europa League final and the Irish Derby along with other “high rollers.” Click here for more. This type of behaviour is typical across the bookmaking industry.

While that is obviously an extreme example, it represents the reality of the current betting world. Poorly-informed, ill-disciplined and proven losing bettors are allowed and indeed encouraged to bet as much as they like, but anyone that shows even a hint of competency will have their stakes severely restricted and effectively be told to take their business elsewhere. This is the type of ethically questionable business practice that has led to bookmakers generating record profits year after year.

All told, the big bookmakers in Ireland have got away lightly for too long. As well as avoiding paying tax on bets taken online from Irish customers for over a decade, the 1% turnover tax they pay is amongst the lowest rate anywhere in the betting world. Whilst there has been some talk from those in power of potentially increasing this tax rate, that would be likely to have seriously detrimental effects on the levels of betting turnover if it was passed on to the customer to pay. Implementing minimum bet limits is a far more attractive alternative. As well as leveling the playing field for all bettors, it will lead to a significant increase in betting turnover and tax yield overnight whilst not hitting the betting public in the pocket with a new tax which the younger generation of bettors have never had to pay.

Ireland has an ideal mechanism in place to implement such minimum bet limits. As well as there being a licensing process in place for Irish-based bookmakers, recent legislation introduced a requirement for online betting operators to seek a license from the Irish government to allow them to take bets from Irish-based bettors. The first batch of these remote gaming licenses were granted to 27 betting operators and run for a two-year period from Aug. 1, 2015. Those licenses will be due for renewal in July 2017. Everyone that cares for the horse racing industry should start campaigning to have minimum bet limits added to the conditions that bookmakers must adhere to if they are to be granted a license to take bets from Irish-based bettors. This is the way forward for the industry.

Given that the Irish betting public do not have any representative group and that the racing media have been reluctant to highlight these highly-important issues, the only way this is going to gain momentum is if the betting public get behind it and push it to their political representatives. If you care about this issue, make your voice heard by sending this article to your TD and help make them aware of this serious problem. The Irish exchequer and by extension the horse racing industry have already been denied far too much revenue by this bookmaker practice. Let's help put a stop to it for the greater good of the future of horse racing.