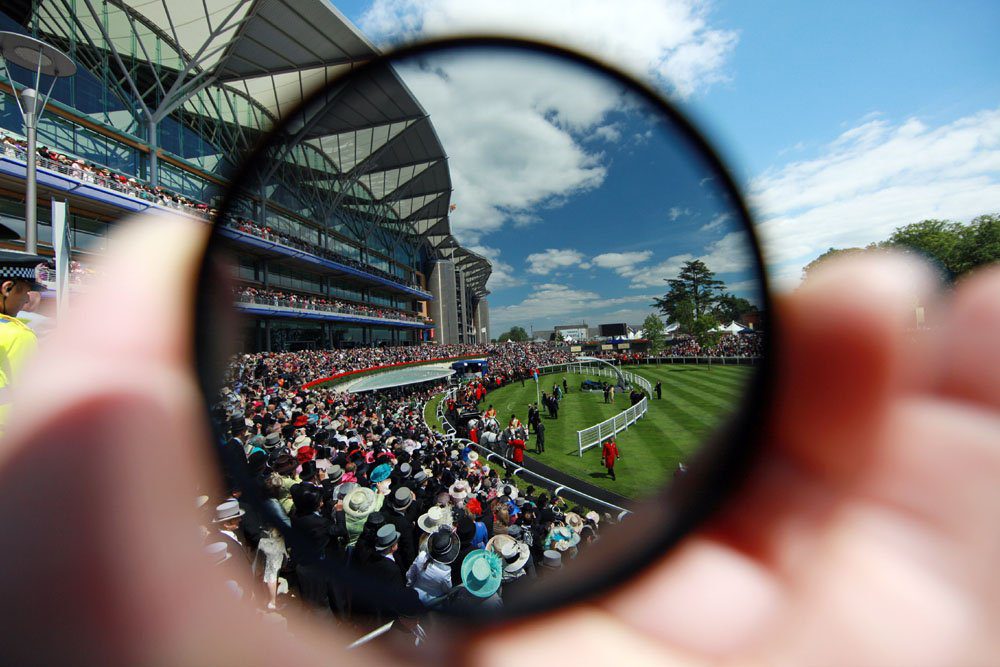 Every novelist that engages the subject of horse racing is facing an odds-on favorite in Dick Francis. The all-time master, Francis effectively conjured racetrack heroes within the friendly confines of his umpteen mystery novels. With his passing, son Felix continues the family trade by employing the same tried-and-true formula.

Francis always presented the reader with protagonists like a chef with high culinary morals or a noble former jump jockey-turned-P.I. or a smart-looking specialist in kidnapping who moonlights as a philosopher-psychologist. The author had us at “Hullo, how are you?” In his tack room of pithy descriptors, you knew precisely who the good guys were. As for the black hats, they were always wielding a poker or employing henchmen that oozed bad manners and wore toe caps.

In Robert Braithwaite's independently published debut novel Places Reversed, the author who is clearly familiar with the yard, the ring and the racetrack pub, takes a totally different tack. Here we find a cast of characters that are all inherently flawed longshots. There is no Max Moreton, Sid Halley nor an Andrew Douglas afoot to save the day. A spine among this lot will only be found in the book itself. Braithwaite hands us the debt-ridden main character Freddie Lyons, a trainer named Birkett Coward who wants to bet everything with four legs in his stable, and Robert Hamley-Flowers, a former stud farm owner that is a poor judge of character, including his own. Braithwaite's Chunnel story is filled with rogues that are “a funeral away from ruin”. From the French countryside to Newmarket's famed racecourses, Lyons's well-trodden path is dogged by bills, creditors, the ubiquitous Russian mafia, and an ex-wife who did not let the grass grow under her feet.

When Lyons's bloodstock agent disappears and his business partner is poisoned in a racetrack bar and slips into a coma, chapter after chapter of scheming and degeneracy surrounds each scene. To make matters worse, Lyons, a former amateur jockey, teams up with his old boss Coward, in some train-wreck television at its best. With little in the way of cash, they decide that laying the money that they do have on the trainer's “sure bets” is the way to go. The goal? They are trying to raise enough to buy the dam of one of Coward's supposed prize runners. The mare, who happens to be owned by Hamley-Flowers is in foal, and the suitors believe she is a blue-ribbon ticket to the promised land.

The best and most compelling character in this whole book isn't any of these poor sods. Rather it is the shrewd business-minded Tara Fitzsimmons, whose diversified bloodstock and racing empire is always five chess moves ahead of this pathetic trio. She is complex, savvy and knows how to take advantage of weaknesses when she sees them in the male-dominated world of racing. Buying Hamley-Flowers's stud farm for a song, Fitzsimmons knows what her dunderheaded opponents want, and even though Lyons concocts bogus proof that he had a deal to buy the mare before the sale of the property, she smells a rat. If only we had more characters with her type of moxie!

Returning to Francis's world of racing, his antagonists let their greed and avarice rule. They seek an unfair advantage, they get caught, and in the end, the key gets thrown away. Another happy landing and comfort for all. In Brathwaite's tale, this bunch clearly doesn't understand the ramifications of their poor decision-making. Bearing witness to their ignoble behavior becomes a hair exhausting, and the reader longs for some of Francis's white knight chivalry. Whether set at Royal Ascot or Saint-Cloud, Places Reversed could use more stiff upper lip and less chocolate eclair. But anti-heroes are all the rage these days and there is nothing more exhilarating than a longshot made good.