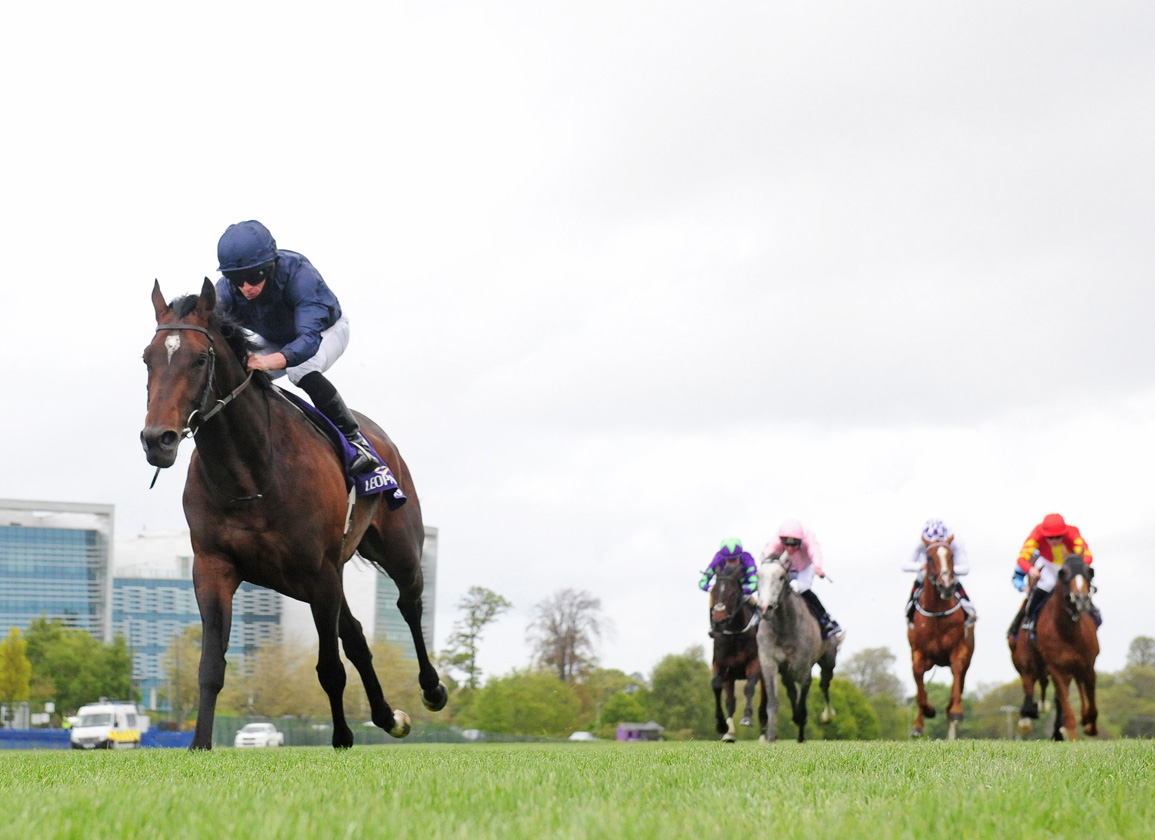 Aidan O'Brien will saddle the likely favorite in the GI Belmont Oaks in Coolmore's Santa Barbara (Ire) (Camelot {GB}) and also sends out the overwhelming morning-line favorite 'TDN Rising Star' Bolshoi Ballet (Ire) (Galileo {Ire}) in the GI Belmont Derby a few races later for the same owner. Kicking off this term with a victory in the G3 Ballysax S. Apr. 11, the bay romped by six lengths in the G3 Derrinstown Stud Derby Trial May 9, but failed to fire when seventh as the favorite in the G1 Cazoo Derby last time June 5.

“He's been training well since the Derby,” said O'Brien's traveling assistant T.J. Comerford. “Once he has good to firm ground, that makes a difference. I suppose the race wasn't ideal that day at Epsom. The ground may have gone against him. He's coming here now trying to pick up the pieces where he left off at Leopardstown.”

Leading the U.S. contingent is Hard Love (Kitten's Joy) for trainer Jonathan Thomas. A debut winner at Belmont in October, the bay was second in the Central Perk S. Nov. 28 and returned to winning ways in the Apr. 17 Woodhaven S. at Aqueduct. The ridgling was scratched from the GIII Pennine Ridge S. when it was rained off the turf and was rerouted to a local optional claimer June 5, where he defeated his elders.

“We had to reroute, but thankfully the race was in the book and went,” Thomas said. “It gave us a good opportunity to get another race under his belt. I was proud of how he handled himself and was able to get himself into a bit of a dog fight that last eighth of a mile against a seemingly nice older horse.

Subsequently, he's come out of it well and trained nicely. The whole idea was hoping he was talented enough to get to this race and the luck of getting to it.”

Du Jour (Temple City) enters this test on a hot streak. Breaking his maiden at third asking on the Santa Anita lawn Feb. 19, he scored a decisive optional claimer win there Mar. 28 and rallied to victory in Churchill's GII American Turf S. last time May 1 for trainer Bob Baffert. Owned by Baffert's wife and Debbie Lanni, the bay was transferred to fellow Hall of Famer Bill Mott for this start as his previous conditioner is currently banned from NYRA tracks.