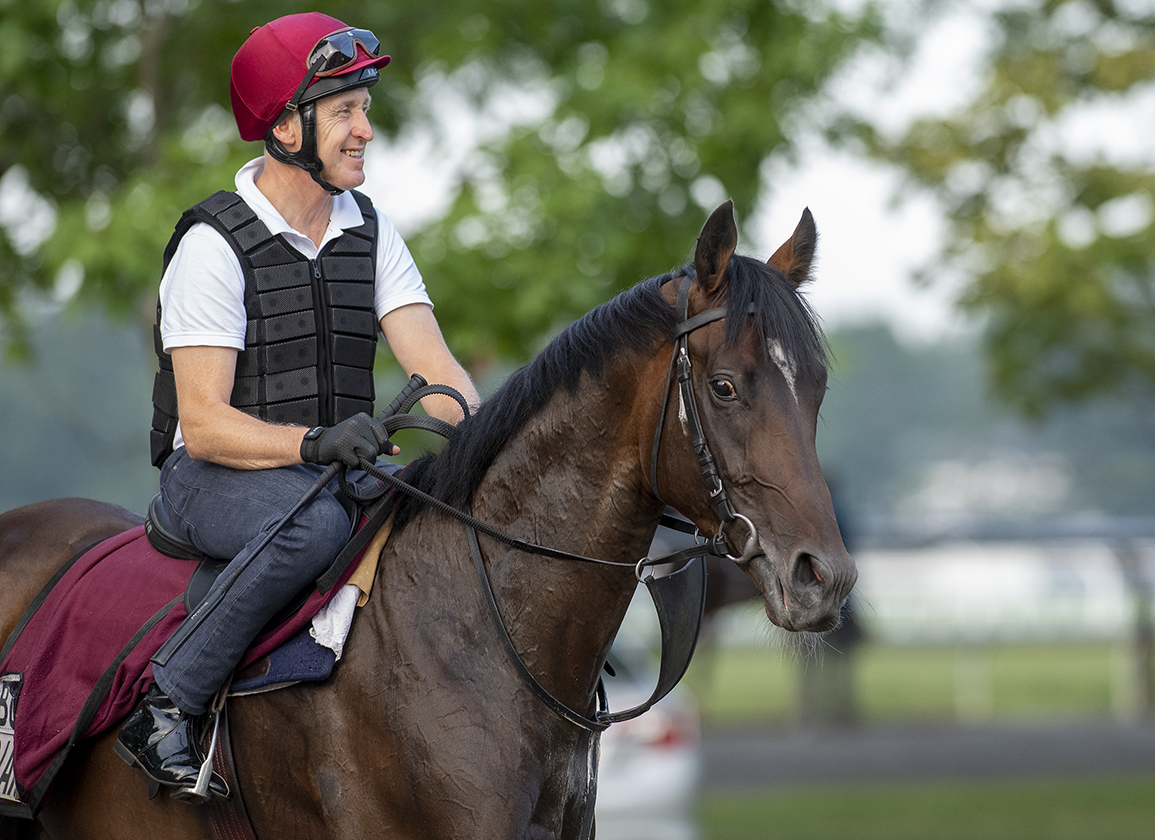 “It's a good opportunity for him,' said T J Comerford, traveling assistant to O'Brien. “He's doing well and came back here in good order. Aidan and the team are very happy with him at the moment. If he runs to his last race, he should be right there again.”

Charlie Appleby saddles another worth a hard look in Godolphin's Secret Protector (War Front). The $800,000 KEESEP buy won a Meydan allowance in February and was runner-up in both the Feilden S. Apr. 13 and Newmarket S. May 1. The bay enters off a third in the G3 Hampton Court S. June 17 at Royal Ascot.

Another strong European contender is Cadillac (Ire) (Lope de Vega {Ire}). Victorious in the G2 KPMG Champions Juvenile S. in September, the bay was fifth in the G1 Dewhurst S. in October and finished fourth in the GI Breeders' Cup Juvenile Turf S. Nov. 6. He enters off a victory in the G3 ARM Holding International S. June 26.

Leading the U.S. contingent is Natalie Baffert and Debbie Lanni's Du Jour (Temple City). The $280,000 OBSAPR purchase won a trio of grass races for Bob Baffert, including the GII American Turf S., and was transferred to Bill Mott for the Belmont Derby, where he finished fourth, after his previous trainer was temporarily banned from entries at NYRA. Baffert won an injunction to return to racing at NYRA, but the colt remains in Mott's care for this event.

Also worth a mention is GIII Stonestreet Lexington S. victor King Fury (Curlin), who tries turf for the first time here after finishing a close second in the GIII Ohio Derby last out June 26. The hulking chestnut was originally scheduled to run in last weekend's GII Jim Dandy S., but was forced to miss that event as his trainer Ken McPeek's barn was under quarantine. Without many options left to prep for the GI Runhappy Travers S., King Fury resurfaces in this test.

“We're really using this race as a prep for the Travers, which is something that Catholic Boy (More Than Ready) pulled off. So that will be interesting,” McPeek said. “I think he'll handle the grass just fine. He's a lovely horse. So hopefully, it's one step and a big one for him.”