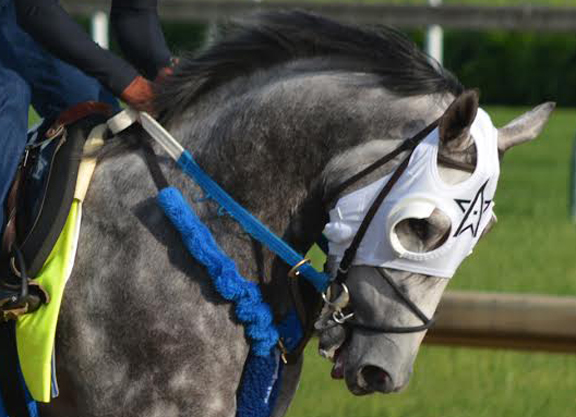 Bobby Flay, a celebrity chef and prominent restaurateur, has purchased a minority interest in GI Arkansas Derby hero and June 11 GI Belmont S. contender Creator (Tapit) from primary owner WinStar Farm, it was announced Wednesday morning. The deal was brokered by Bradley Weisbord of BSW Bloodstock, representing both parties. The Steve Asmussen trainee, 13th in the May 7 GI Kentucky Derby after an exceptionally rough trip, most recently breezed a half mile in :50.60 (9/10) over the Belmont training track Monday. He will gain the services of jockey Irad Oritz, Jr. Saturday.

“I'm thrilled to partner with WinStar Farm on Belmont S. contender Creator,” said Flay. “Not only is he a talented racehorse with tremendous potential, Creator is already a Grade I-winning colt by Tapit, which makes him an exciting stallion prospect. It's a rare opportunity to partner with a first-class racing and stallion operation like WinStar, and I want to thank Kenny and Lisa Troutt and Elliott Walden. I look forward to many thrilling moments at the races with Creator, and then down the line with Creator's progeny.”

Added WinStar President, CEO, and Racing Manager Elliott Walden, “Bobby is one of the most passionate owners and advocates we have in the industry. He's a tremendous spokesperson for horse racing, and his energy and dedication are things this industry needs more of. We are excited to have him on our team, particularly with a horse like Creator that has the potential to compete in our sport's most mainstream events.”

Out of Peruvian champion Morena (Per) (Privately Held), who was also third in the GI Personal Ensign S. in the U.S., Creator was bred by Mt. Brilliant Broodmares I LLC in Kentucky and purchased by WinStar for $440,000 out of the Keeneland September Yearling Sale. Also third in the GII Rebel S., the grey has already accumulated $768,320 to date and will stand at WinStar upon his retirement from racing.