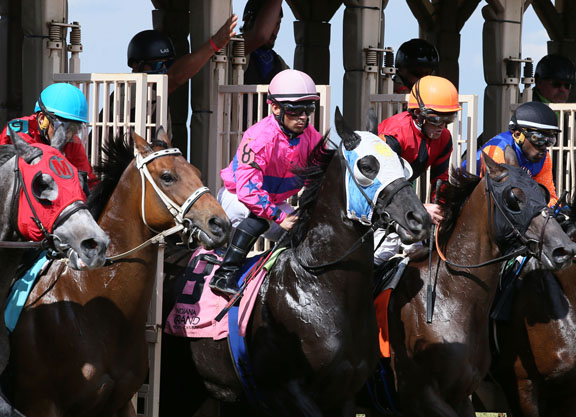 A nominating committee–responsible for selecting members of the board of directors of the Horseracing Integrity and Safety Authority (HISA), as well as members of its Anti-doping and Medication Control and Racetrack Safety committees–has been formed through the efforts of leading Thoroughbred industry stakeholders, including Breeders’ Cup, Churchill Downs Incorporated, Keeneland Association, and The Jockey Club. HISA will be an independent, non-governmental regulatory body, run by an independent board, responsible for improving current regulations and bringing a new level of transparency to Thoroughbred racing.

The nominating committee is made up of seven independent members, many from outside of racing. Len Coleman, the former president of baseball’s National League, and Dr. Nancy Cox, the vice president for Land Grant Engagement and the dean of the College of Agriculture, Food and Environment at the University of Kentucky, will serve as co-chairs.

The other members include Katrina Adams, the immediate past president of the United States Tennis Association; Dr. Jerry Black, a visiting professor at Texas Tech School of Veterinary Medicine and an emeritus professor and Wagonhound Land and Livestock chair in Equine Sciences at Colorado State University, as well as the former president of the American Association of Equine Practitioners and former chair of the board of trustees of the American Horse Council; Gen. Joseph Dunford, the former chairman of the Joint Chiefs of Staff, the nation’s highest-ranking military officer, and the former principal military advisor to the president, Secretary of Defense, and National Security Council; Frank Keating, the former governor of Oklahoma; and Ken Schanzer, retired president and former chief operating officer of NBC Sports.

“The HISA will ensure that Thoroughbred racing is conducted with the highest integrity and safety standards under the aegis of the bill’s established authority,” stated Co-Chair Coleman. “With this goal in mind, the aggregate expertise of the board of the authority and its standing committees must span a wide range of areas from equine health and track management to regulation and lab testing standards.”

“The nominating committee recognizes our responsibility to select the most qualified and dedicated individuals to comprise the board of the authority and its standing committees,” said Co-Chair Cox. “We are committed to this critical task and to the betterment of racing.”

The HISA, introduced by Senate Majority Leader Mitch McConnell (R-KY) and U.S. Senators Kirsten Gillibrand (D-NY), Martha McSally (R-AZ), and Dianne Feinstein (D-CA) in September, will focus on the integrity of Thoroughbred racing and the safety of horses and jockeys by requiring national, uniform safety standards. Identical legislation was introduced in the U.S. House of Representatives by U.S. Congressmen Andy Barr (KY-06) and Paul Tonko (NY-20). It was passed in the House on Sept. 29.