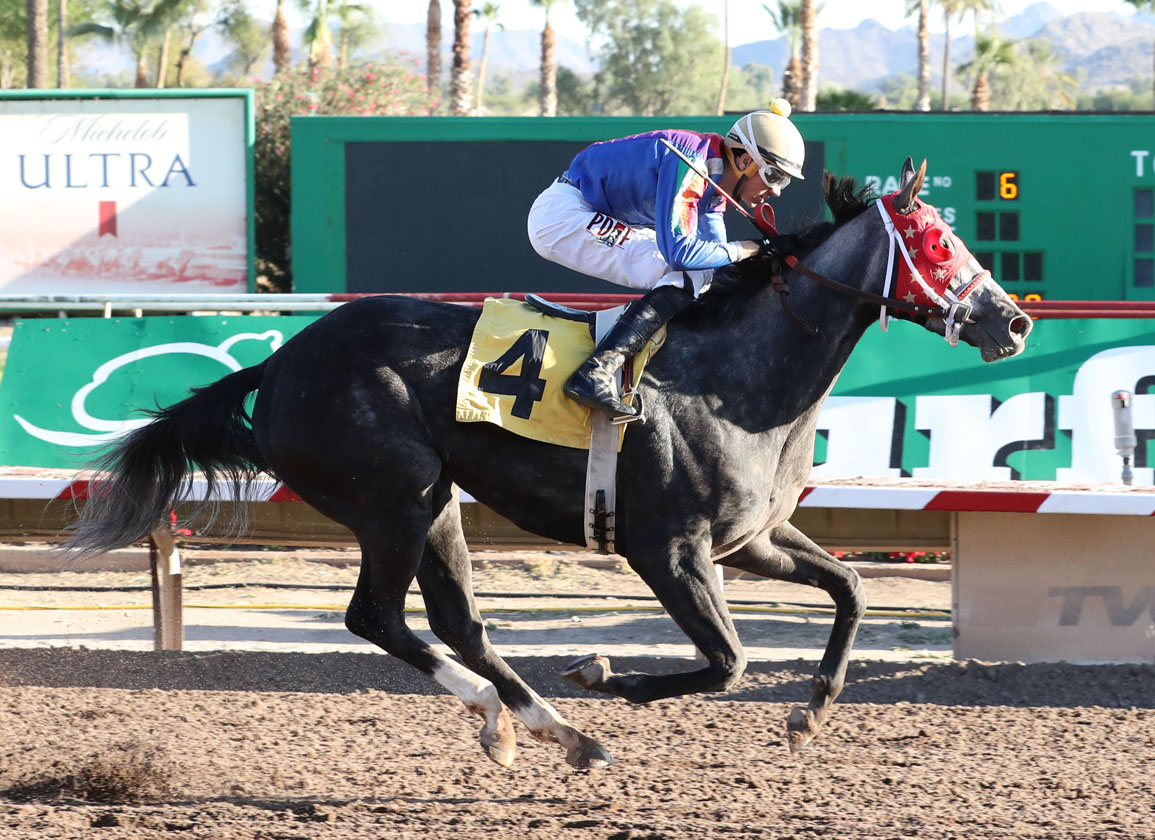 Blazingbellablu (Grazen) became the sixth 3-year-old distaffer to be named Washington Horse of the Year when she was recognized during the Washington Thoroughbred Champions Annual Awards and dinner held at Emerald Downs racetrack in Auburn Saturday. A homebred for Petra Lewin's Rainbow Meadows Farm and trainer Charlie Essex, the filly won the Kent S. at Emerald Downs last July.

Mr. and Mrs. Frederick L. Pabst, breeders of Koron, were named 2021 Washington breeders of the year and their stallion Conveyance topped the state sire list. Both titles are awarded by earnings.