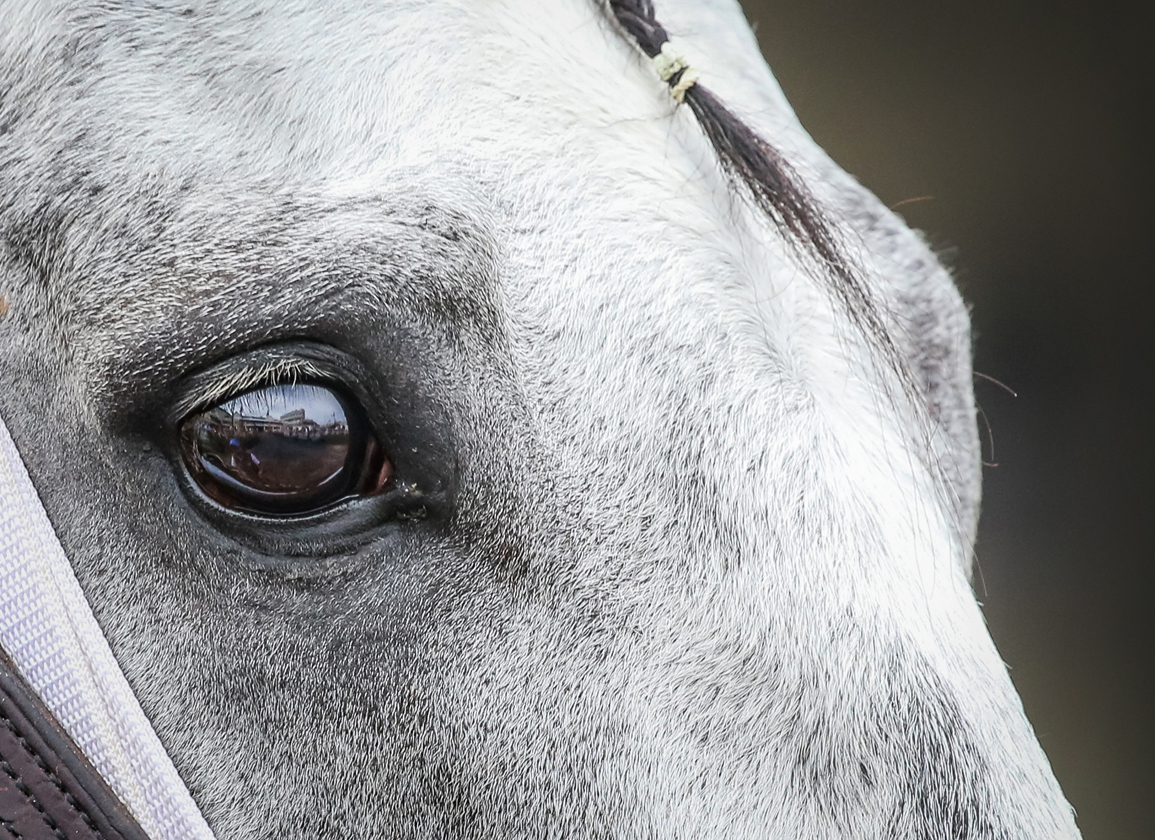 All good things must come to an end, they say, so on Friday Sabrina Moore, who co-bred the horse recently named the 2021 Longines World's Best Racehorse, boarded one last flight to watch Knicks Go (Paynter) make his final career start in the GI Pegasus World Cup before he begins stud duty at Taylor Made Farm.

Foaled at the Moores' GreenMount Farm in Reisterstown, Maryland, Knicks Go has taken his doting breeder to winner's circles most only dream of reaching. The story of a young horsewoman breeding a champion racehorse captivated many, with racing publications and local news outlets clamoring for interviews and visits to the farm throughout Knicks Go's ascension to stardom.

“It's funny, I keep telling people that I'm not sure how many times I can tell the same story over and over,” Moore said with a laugh. “I've used the word surreal a lot. Even now, it still feels surreal. He has opened a lot of doors for me as far as networking and meeting people. He's super special and always will be.”

Moore said that usually, she doesn't get too nervous before his races until a few hours before post time. But this week in the days leading up to Knicks Go's final start, the butterflies arrived early–perhaps because yes, she hopes Knicks Go can go out on a high note, but also because maybe she knows that as he crosses the wire, a life-changing chapter closes for them both.

“I've been trying not to think about it because I'm not sure how I feel about it yet,” she admitted. “It will be different and very weird. I guess I'll find out how I feel about it on Saturday. You wait your whole life to get a horse like this and I highly doubt I'll get another one. So I guess you just regroup and do the best you can to duplicate the process.” 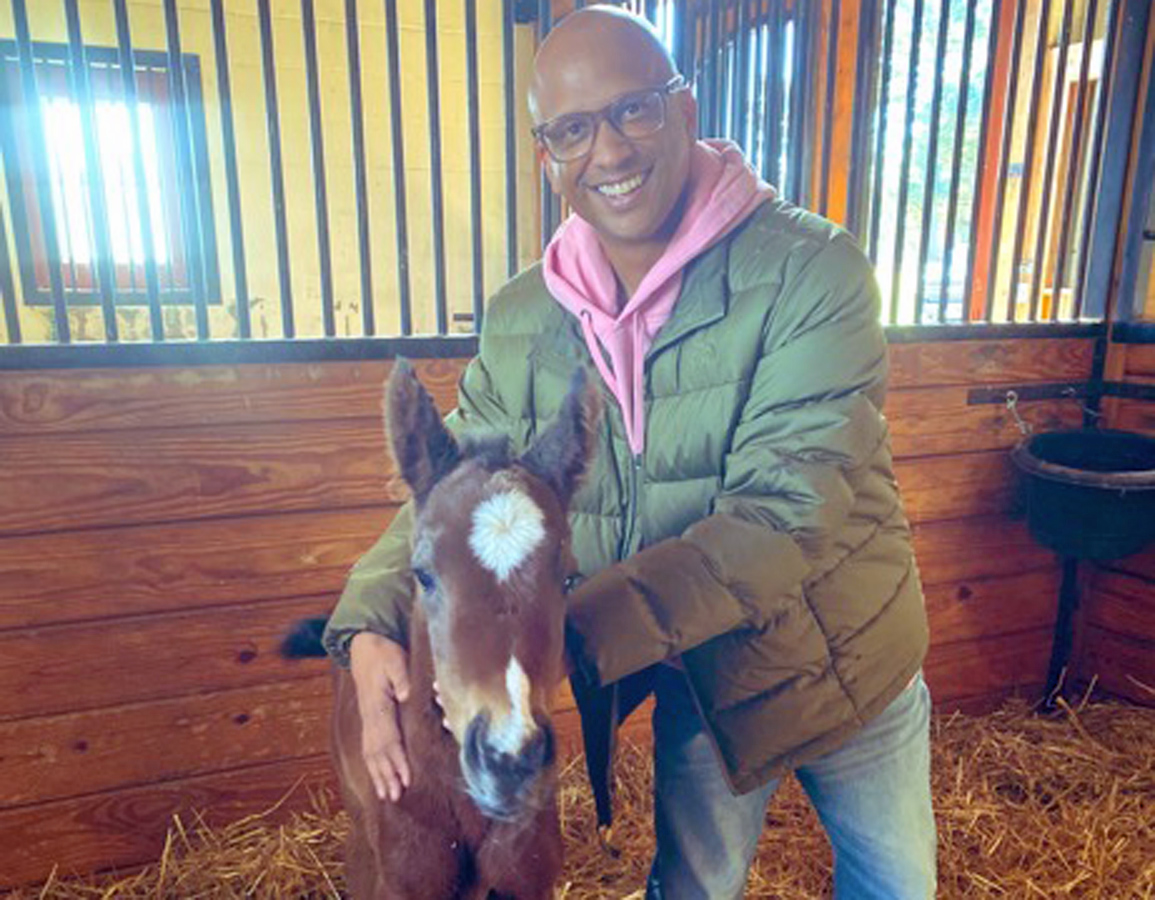 Life may be quieter at GreenMount Farm once Knicks Go is out of the spotlight, but it certainly won't be any less busy. Moore estimates that this year she will be foaling out over 20 mares between clients' mares and their own broodmare band and already, foaling season is underway at GreenMount.

The first foal arrived on Jan 22. and Moore said the newborn's story reminds her of her own early days as a breeder.

The robust youngster, a filly by Mo Town, is the first foal for industry newcomer and first-time breeder Rodney Williams.

Over the past five years, Williams has owned several Midlantic-based claiming-level horses and despite many cautioning him against it, the Baltimore native decided to try out the breeding game.

A medical device manager, Williams discovered his passion for racing when he spent his childhood summers alongside his grandfather, a high school principal and lifelong racing fan, bouncing between Bowie, Pimlico and Timonium racetracks.

In 2018, following the passing of his grandfather, Williams was able to achieve both their dreams by purchasing Lovely Girl (Bodemeister), a maiden claimer running at Mahoning Valley. When Lovely Girl ran a close second at Timonium a few months later, he lost his voice for two days. Then when she won her first race, he knew there was no turning back.

After Lovely Girl's win, a breeder approached Williams about purchasing her. He reluctantly agreed, but couldn't stop thinking about the 'what if's' of if he had kept her as a broodmare himself.

Meanwhile, he had his eye on another race filly named Ask Siri (Union Rags).  He had lost the shake to claim her three times, so when it came time for her to retire, he was able to purchase her privately. Williams connected with Moore through a mutual friend and after Ask Siri was bred to Mo Town, the maiden mare returned to Maryland and arrived at GreenMount Farm.

As the foaling date approached, Williams did his research and compiled a list of everything he could do in order to prepare for the new foal. He even volunteered for foal watch at GreenMount, but Moore assured him that she had everything under control.

“I told him not to worry and reminded him that this is what he was paying me for,” Moore said with a laugh.

On Saturday morning, Williams woke up to a text at 6 a.m. His foal had arrived. He pulled through the gates at GreenMount roughly 15 minutes later.

“I just couldn't believe it,” he recounted. “She was already standing up and nursing. 'Siri' was totally calm and she was looking at me like, 'What's your problem? I've got this.'” 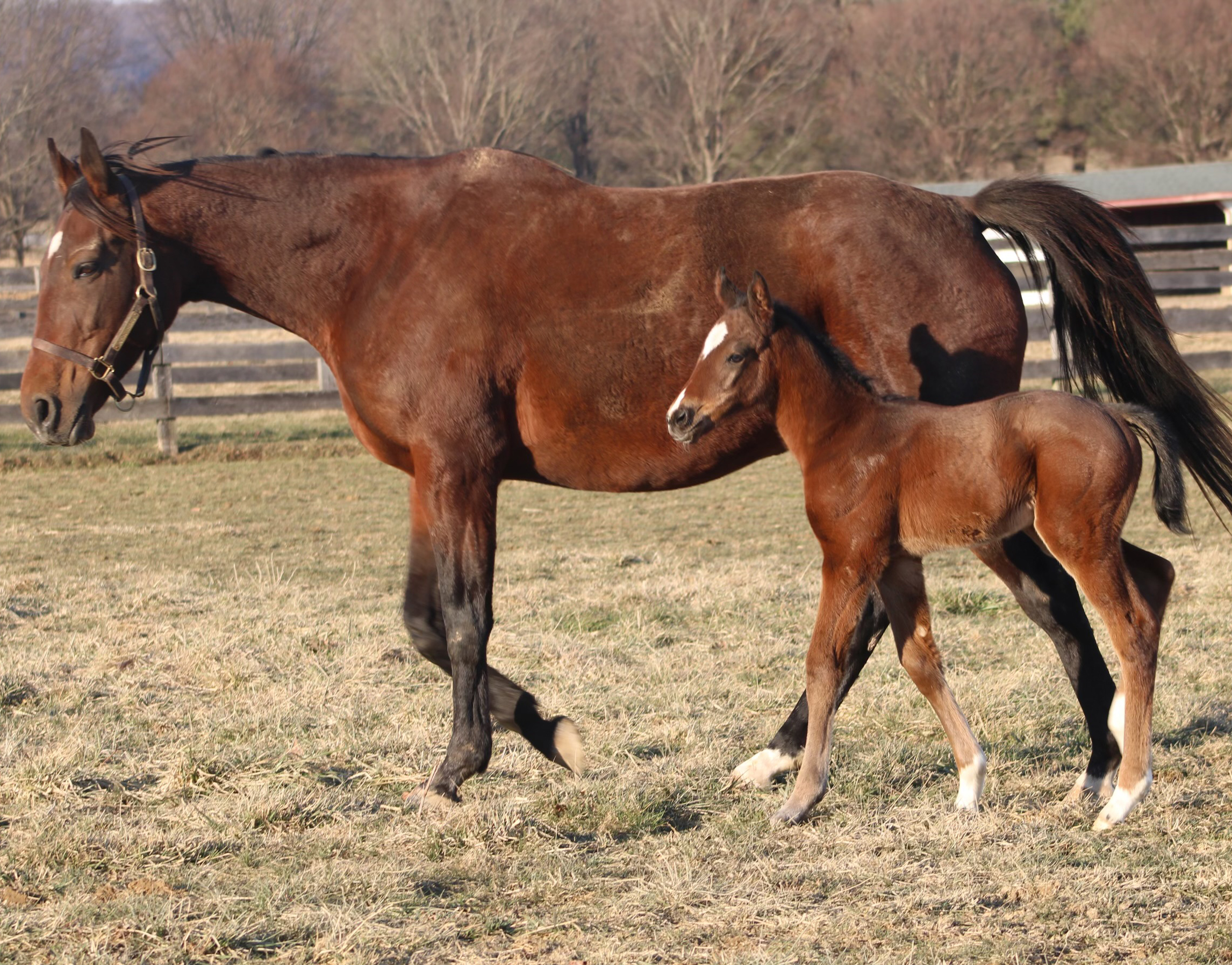 Asked to compare the experiences of a racehorse owner and a breeder, Williams was quick to answer, “It's completely different, but just as exciting. As a racehorse owner, it's just two minutes. There's anxiety when they're getting in the gate, but after those two minutes, all that really matters is that they come back healthy. With breeding, you have a whole year of stress. It's a process that requires a lot of patience, but once they're born, all your research and your conversation with people comes to fruition and it's a pretty darn good feeling”

As long as the name is approved, the daughter of Ask Siri will fittingly be called Ask Alexa.

Williams said he isn't sure yet where she could end up, but as he weighed the options of selling her verses keeping her for his own small racing stable, his voice rose at the mention of watching Ask Alexa run with his own silks.

“Once you dip your toes in the water, there's no turning back,” he said. “You go through the ups and downs of everything, but the true, raw story is really the care that goes into these athletes. It's an amazing thing and it's very contagious.”

Moore is looking forward to the weekend in the spotlight at Gulfstream with Knicks Go. But for her it might be just as rewarding, be it more humble, to watch a young filly step onto wobbly legs in her first hours of life as her novice owner looks on.

“One thing I've realized is that our first job is to take good care of our horses, but the second is to provide an experience for the owners by being as transparent and hands-on as possible,” she explained. “Rodney's excitement is so cool to watch. He really appreciates all the hard work that everyone puts into it and he's a natural. It's like looking back in time to when our first couple of babies arrived and how exciting that was.”

Moore had a long checklist to get through before she could leave for Florida. She has a mare due to foal any day that needed to find a sitter and in between turnout, cleaning stalls and monitoring foals, she had to find time to pack. But she's thrilled that for this last go-round, her sister is coming along with her for the first time.

“No one else in my family is really 'horse-y,'” she said. “They can't really grasp how much of a big deal this is. I gave my dad a Knicks Go hat the other day and I was like, 'Hey, these are going for $250 on Ebay so please don't put this in the Goodwill pile.'”

While not everyone will understand quite how monumental Saturday's race may be, Moore is thankful for the support and encouragement she's received by many throughout Knicks Go's career and is equally grateful for the horse that made it all possible.

“To have a horse win one Grade I is just insane and something I never thought would happen to me,” she said. “This horse has had to work so hard to prove himself but this weekend, whatever happens will happen. He doesn't have to prove himself anymore, but for him to close the book by going out a winner would be something really special for us all.”