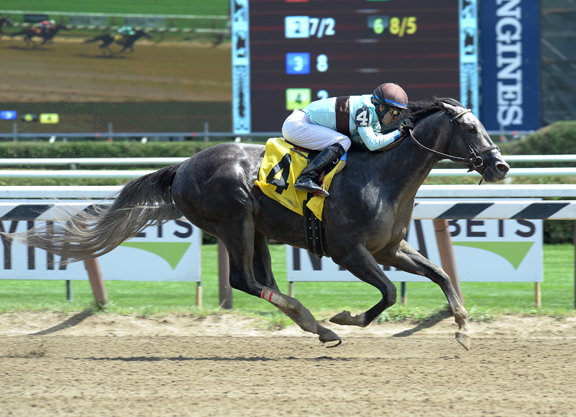 Multiple graded stakes winner Bird Song (Unbridled’s Song–Bird Town, by Cape Town) has been purchased to continue his stud career in Saudi Arabia in a deal brokered by Chad Schumer of Schumer Bloodstock. The 7-year-old previously stood at Gainesway Farm, with his oldest crop being yearlings of this year.

Trained by Ian Wilkes on behalf of Marylou Whitney, Bird Song won the GII Alysheba S. and GIII Fred W. Hooper S. as a 4-year-old in 2017 and finished his career with over $500,000 in earnings. His dam, who captured the GI Kentucky Oaks in 2013, is a half to 2004 GI Belmont S. and GI Travers S. hero Birdstone (Grindstone), who also stood at Gainesway until being pensioned to Old Friends last year.