Bill Oppenheim: Two Classics Even Better Than One 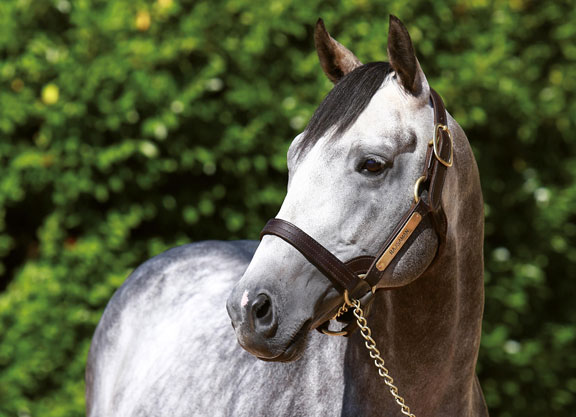 In the world of what we designate “second-crop” sires (meaning their second crop has reached racing age as 2-year-olds, and their first crop are 3-year-olds), there is nothing more important than Classic form. It’s not just the prestige and enhanced future value in the breeding shed, it’s the money, too, because invariably the second-crop sire lists at this time of year are headed by those “second-crop” stallions, if any, which have sired Classic winners. This year there are four of them, two in North America (WinStar’s Bodemeister, sire of GI Kentucky Derby winner Always Dreaming, and Hill ‘n’ Dale’s Maclean’s Music, sire of GI Preakness winner Cloud Computing), and, last weekend, two in Europe: England’s Newsells Park’s Nathaniel, sire of last Friday’s G1 Epsom Oaks winner Enable, and France’s Haras de la Cauviniere’s Rajsaman, sire of G1 Prix du Jockey Club (French Derby) winner Brametot, who became just the third horse since the distance of the Jockey Club was shortened to 2100 metres in 2005 to complete the G1 Poule d’Essai des Poulains (French 2000 Guineas) – Prix du Jockey Club double. The first two were Shamardal (2005) and his son, Lope De Vega (2010).

What’s particularly striking is that Rajsaman is the second success story from two tries for Haras De La Cauviniere, which previously launched Le Havre (Ire) to become one of France’s top three sires. You might get lucky once, but rarely in this game do you get lucky twice; this team knows what they’re doing.

First we’d like to refer you to the TDN Year-to-Date Second-Crip Sire List for European sires, calculating their progeny earnings in North America and Europe only. On this list Rajsaman is the clear leader, with the earners of $1,583,982 through Monday; note, however, that Brametot has earned $1,384,229, and that Rajsaman has only seven winners in NA/EU this year, so the other six have earned less than $200,000 among them. That’s really just a footnote, though: he’s had 65 starters in NA/EU this year, just as many as the other top five European second-crop sires, and this may only reflect there being more opportunities for lowly-rated horses to break their maidens in Britain and Ireland.

Juddmonte’s mighty Frankel is currently second on the European 2017 second-crop sire list (NA/EU earnings only), and leads all European second-crop sires in 2017 NA/EU winners, with 26, with earners in NA/EU of just over $1-million, including the 3-4 (Cracksman and Eminent) in last Saturday’s G1 Epsom Derby. You’ll note the black-type numbers on the list are worldwide, but in Frankel’s case, the only one not in NA/EU is Soul Stirring, who is a dual Group 1 winner in Japan, including the G1 Yushun Himba (Japanese Oaks) last time out. Frankel’s other nine black-type horses this year are in Europe. Frankel is of course by Galileo, as is Nathaniel, who himself has seven black-type horses this year, and is third by YTD NA/EU progeny earnings, with $944,457, over $300,000 clear of Coolmore’s Excelebration ($619,650) in fourth. Excelebration is the sire of Barney Roy, second to Churchill in the G1 English 2000 Guineas, and pointing for a rematch at Royal Ascot in the G1 St James’s Palace S.

Soul Stirring has earned over $1.6-million this year, more than all Rajsaman’s runners put together, so when we look at the worldwide 2017 progeny earnings by European second-crop sires, you see that Frankel tops the list, with Darley’s Helmet second, followed by Rajsaman and Nathaniel. Helmet is the sire of Thunder Snow, winner of $1.2-million in the G2 UAE Derby, subsequently pulled up in the GI Kentucky Derby and a good second to Churchill in the G1 Irish 2000 Guineas two weekends ago.

Now, what’s the rest of the story–the three European Classics last weekend, England’s storied 12-furlong Oaks and Derby, and France’s 2100 metre Prix du Jockey Club–aside from the second-crop sires? The Oaks and the Jockey Club were won by second-crop sires; the Derby was won, as everybody knows now, by the 40-1 shot Wings of Eagles, by Coolmore’s third-crop sire Pour Moi, himself one of four Epsom Derby winners by Montjeu, the number two sire son of Sadler’s Wells. Pour Moi was only ninth on the 2016 European second-crop sire list and spent this year covering National Hunt mares at Coolmore. Wings of Eagles is from only his second-crop of 3-year-olds, so Pour Moi may yet be rehabilitated and move back up to the ‘big house,’ as it were.

So Coolmore’s World Number One, Galileo, had no Classic winners last weekend. But, oh, he did have the second in all three Classics. Rhododendron ran second in the Oaks on Friday; Cliffs of Moher ran second in the Derby on Saturday; and Waldgeist ran a very good second, by the way, in the Jockey Club on Sunday. One of his second-crop sons, Nathaniel, got a Classic winner (interestingly, inbred 3×2 to Sadler’s Wells); the other, Frankel, had the 3-4 in the Derby. It wasn’t a bad weekend for Galileo, and if you look at the list of Leading European 2017 Sires (NA/EU earnings only), he’s well out in front, including 29 graded/group stakes horses (black-type categories are worldwide) and 11 Group 1 Horses, including four 2017 Group 1 winners.