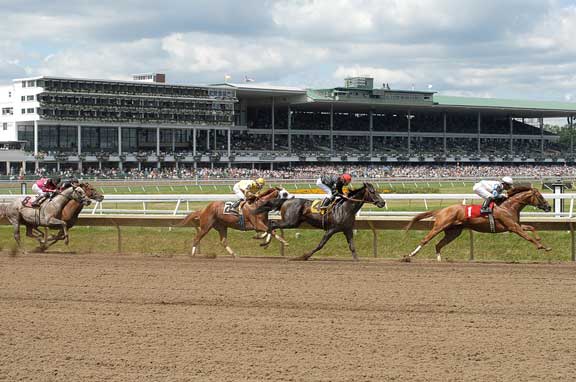 After clearing a Senate Budget and Appropriations Committee Monday by a 13-0 vote, a New Jersey bill that would guarantee a five-year, $10 million annual purse subsidy for Monmouth Park could be up for a full Senate vote as early as Dec. 17.

In addition, the State Assembly and Governor Phil Murphy still have to approve SB 2992 before it becomes law.

The proposed bill would authorize the New Jersey Racing Commission to split a $20 million annual allocation from the state's general fund equally between the Thoroughbred and Standardbred industries as follows:

“It's something that we've been working very hard on over the course of the year and Monday was a significant step forward towards solidifying a revenue stream tied to the purse account,” Drazin said.

The timing of the bill comes seven years after New Jersey's racing industry lost a $17 million annual purse supplement paid for by Atlantic City casinos, and six months after Monmouth became the first racetrack in the nation to open a newly legalized sports bet-taking operation.