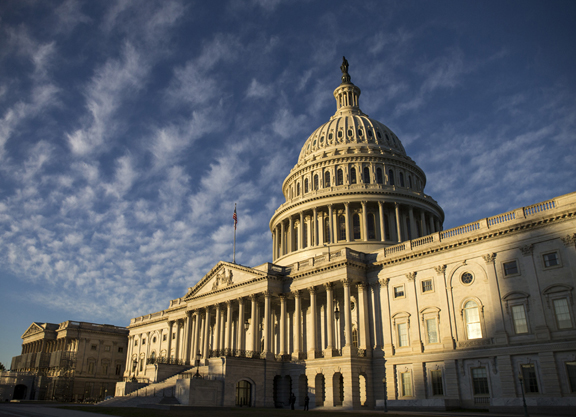 A bipartisan group of federal lawmakers reintroduced legislation to permanently ban horse slaughter in the United States and end the current export of American horses for slaughter Tuesday. Sponsored by U.S. Sens. Robert Menendez, D-N.J., Lindsey Graham, R-S.C., Sheldon Whitehouse, D-R.I., and Susan Collins, R-Maine, the Save America's Forgotten Equines (SAFE) Act is supported by leading animal welfare groups, including the ASPCA (The American Society for the Prevention of Cruelty to Animals), the Animal Welfare Institute, the Humane Society of the United States, the Humane Society Legislative Fund, and Return to Freedom Wild Horse Conservation.

“The gruesome practice of slaughtering horses for food has no place in the United States, and it's well past time for Congress to say once and for all that horsemeat is not what's for dinner,” said Sen. Menendez. “Horses are routinely treated with drugs that are dangerous for human consumption and do not belong in our nation's food supply. Our bipartisan legislation will help put an end to the cruel and inhumane slaughter of horses while protecting families from toxic horse meat and safeguarding the reputation of the U.S. food industry worldwide.”

“Horses hold a special place in our history and culture, and the practice of slaughtering them to satisfy foreign appetites simply does not reflect the admiration we have for these animals,” said Sen. Collins. “In an effort to protect horses, this legislation would deter the transport or purchase of horses for human consumption.”

“The overwhelming majority of Americans oppose horse slaughter for human consumption and the ASPCA is working resolutely to solve equine welfare issues on the ground, but we cannot fully succeed while the slaughter pipeline remains open,” said Nancy Perry, senior vice president of Government Relations for the ASPCA. “We thank Senators Menendez, Graham, Whitehouse, and Collins for their leadership on this bill, and urge Congress to pass the SAFE Act to finally end this cruel, unnecessary practice and provide protections to American horses and the people who love them.”

The SAFE Act was previously excluded from the infrastructure bill that passed the senate last month. Earlier this year, U.S. Reps. Jan Schakowsky, D-Ill., and Vern Buchanan, R-Fla., introduced the SAFE Act (H.R. 3355) in the U.S. House of Representatives, which has not yet voted on the aforementioned infrastructure bill.