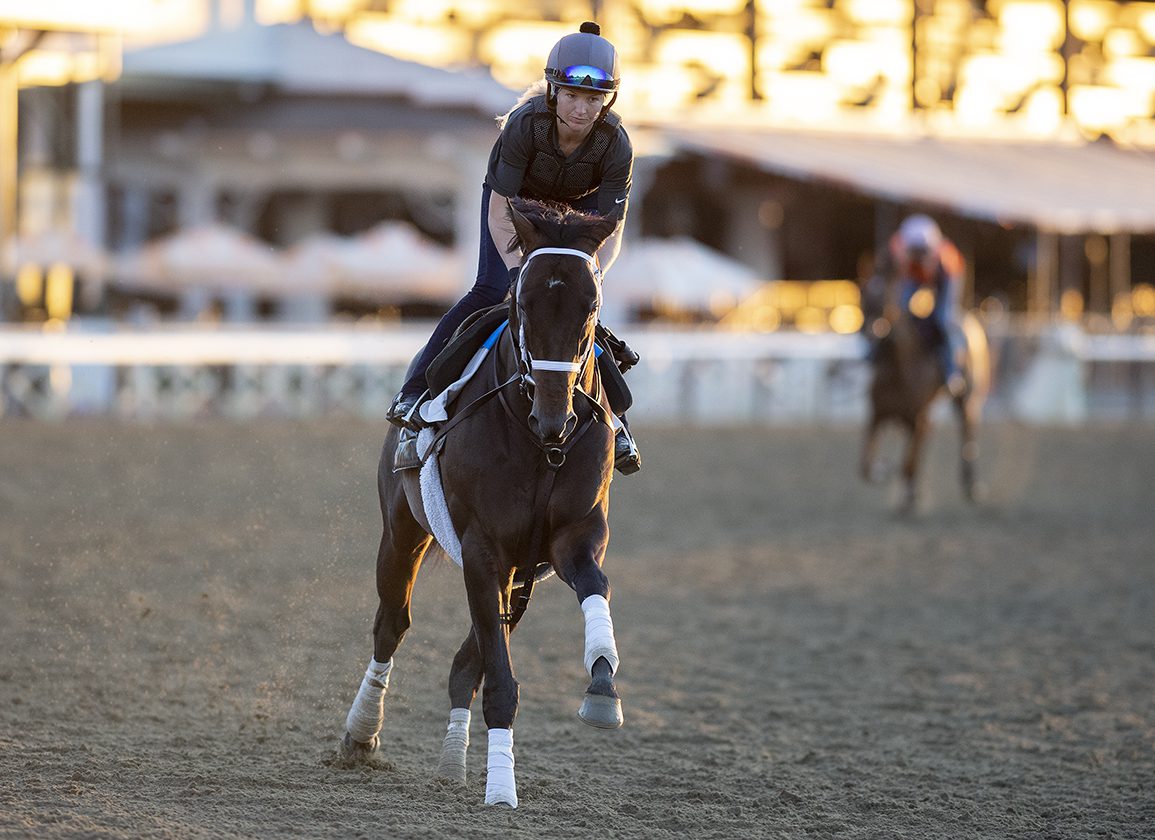 Hall of Famer Todd A. Pletcher, currently sitting in second place in the Saratoga trainer standings, will be locked and loaded in a pair of Grade I events at the Spa Saturday, led by the 'Win and You're In' GI Whitney S.

With the unbeaten sensation and 'TDN Rising Star' Flightline (Tapit) awaiting the GI TVG Pacific Classic at Del Mar Sept. 3, a pair of New York-based heavyweights in the handicap division will throw down in the 12-race card's feature.

The uber-talented 'TDN Rising Star' Life Is Good (Into Mischief), one of three entered by the aforementioned three-time Whitney-winning conditioner, will meet the streaking GII Stephen Foster S. winner Olympiad (Speightstown) in the six-horse field.

A tiring fourth over a well-documented deep surface in the G1 Dubai World Cup, GI Pegasus World Cup Invitational S. winner Life Is Good returned to his brilliant self with a jaw-dropping victory in the GII John A. Nerud S. sprinting downstate last month.

“He's got so much natural speed and such a high-cruising speed,” said Pletcher, who has also entered GISWs Americanrevolution (Constitution) and 'TDN Rising Star' Happy Saver (Super Saver). “His ability to carry it over a distance of ground is what makes him so unique and so successful.”

Pletcher will also be well-represented by another dangerous trio, topped by 5-2 morning-line favorite and 'TDN Rising Star' Annapolis (War Front), in the GI Caesars Saratoga Derby Invitational. The visually impressive Manila S. winner will be joined by stablemates 'TDN Rising Star' Emmanuel (More Than Ready), winner of the GII Pennine Ridge S. in his grass debut, and Grand Sonata (Medaglia d'Oro), in the stacked field of 11.

“We were really on the fence between the Manila and the Belmont Derby,” Pletcher said of Annapolis. “But with only one start under his belt [since a layoff], we felt it made sense to come back and get another race into him before stretching him out. He's trained super into this.”

Other graded action across the country Saturday includes: Shedaresthedevil (Daredevil) back to defend her title in the GI 'Win and You're In' Clement L. Hirsch S. at Del Mar; the GIII West Virginia Governor's S. and GIII West Virginia Derby at Mountaineer; and the GIII Ontario Colleen S. at Woodbine.