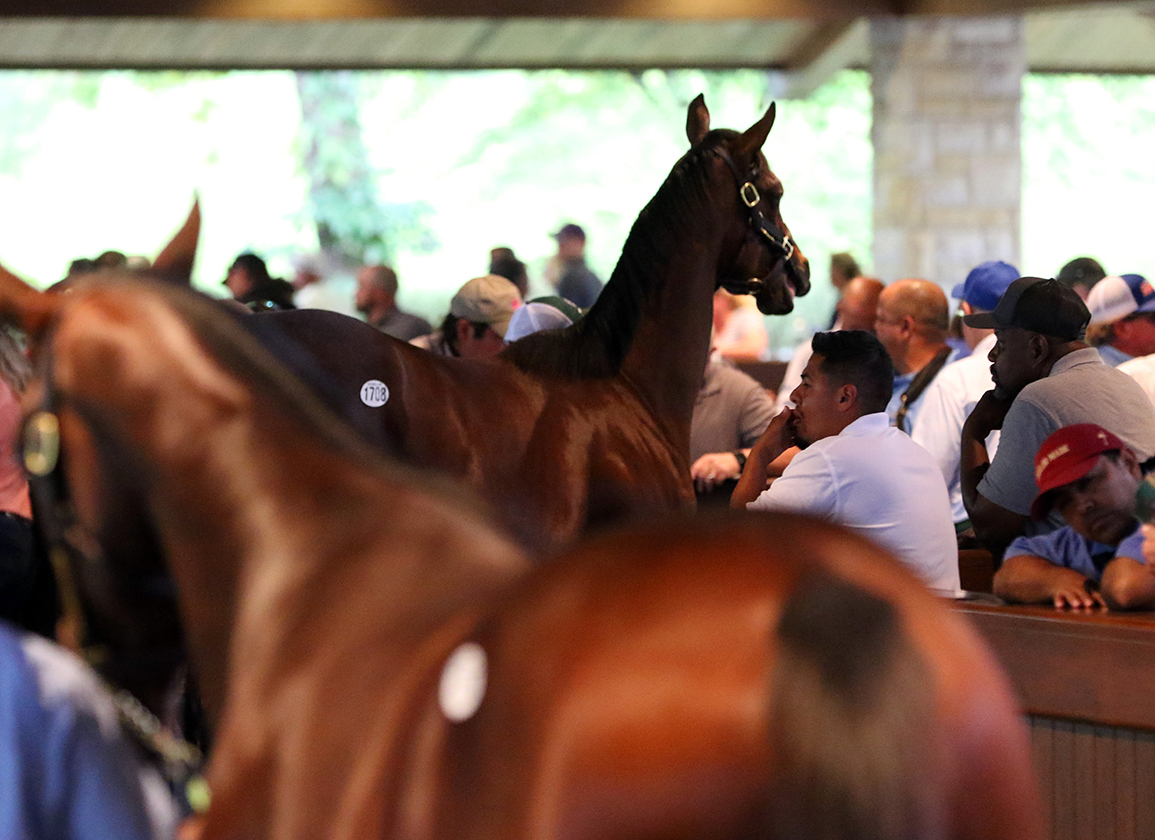 The Keeneland September Sale will kick off with a new two-day Book 1 format, with RNAs from day one having the opportunity to be offered again at the end of Book 1's day two.

“As we come in here with a fresh perspective, we obviously have to try to find the best balance between what works for the seller and what works for the buyer and alleviate the major concerns they both have,” said Keeneland's Vice President of Sales Tony Lacy. “If we ignore those concerns, we're not doing a very good job listening.”

The news was first revealed in a letter to consignors Friday from Lacy which reads as follows:

“I wanted to keep you closely informed with regards the creation of this year's September Sale catalogue. As we shared a few weeks ago, our goal was to conduct a three-day Book 1. This format had worked extremely well in the past and received broad support from sellers. However, as we have worked through the entries, it has become apparent that we must focus on a two-day Book 1, as it was in 2020.

“As we strive to create a stable and consistent format, we are aware of the fear of being drawn early in the catalogue during Book 1. This is a concern we are committed to addressing and creating a safeguard to protect the best interests of the seller.

“Therefore, we intend to allow RNAs that sellers feel were disadvantaged by an early hip number to be re-offered after the last hip on the second day of Book 1. This opportunity will come at no additional cost if the horse RNAs a second time. Our intent is to provide horses an opportunity to be considered by buyers who may not have looked at Book 1 horses, as they will have finished looking at Book 2 horses earlier that afternoon.

“Creating confidence and excitement for Keeneland September Book 1 is one of my primary goals. This will not happen overnight, but we are committed to delivering the buzz. Over the last decade, the Book 1 averages have remained very stable no matter the format. Book 2's numbers are approximately half that of Book 1, so it is vital that we continue to grow the beginning of the sale for the mutual benefit of sellers and buyers, who want to have a critical mass of diverse yearlings to inspect.

I'm keenly aware of the needs of each of our sellers this September and I appreciate your continued feedback and support.”

Reached Saturday, Lacy confirmed the new format, which will feature a dark day Wednesday, after the two-day Book 1 and before a two-day Book 2. “This is not done in a vacuum,” said Lacy. “This is not being imposed on people. It has been circulated among a core group of people who supported it heavily and wanted to try it. Not everything works, but we've got to try.”

“It's an idea I've had for two or three years now; after hearing people say, `I'm okay with Book 1 as long as it's not day one,” said Lacy. “It's an anxiety that I want to recognize and that Keeneland wants to recognize. If there's something we can do to offset the potential problematic aspects of that, we want to try to approach it.”

Lacy said that in a perfect world, he believed that a three-day Book 1 is the ideal scenario. “A three-day Book 1 format works. It is a great format. It has been proven to work. The last time it was implemented was 2019. It was a fantastic year, and Book 1 was very solid, as was Book 2. But I think it's important that we nip the anxiety in the bud and try to rectify it.”

Lacy said that there would be parameters set on the the amount that a seller could modify the initial reserve price. “If people feel like it was a matter of timing in the morning, or the market hadn't just warmed up yet, we're going to put parameters around the reserves so they can't be adjusted beyond those parameters. You'll be able to adjust a little bit, but not a lot.”

Lacy said he felt the format offered benefits to buyers and sellers alike. “It's not all to the benefit of the seller,” he said. “It can also be beneficial to the buyer, who may like a horse later in the day and who might overlook some horses early. They may be able to come back and take a second look at the ones they overlooked early.”

In the end, said Lacy, perfecting the September Sale is a long game.

“We're trying to create stability,” he said. “We're playing long ball. As the September sale evolves and grows, it's really the key yearling sale for the industry. We represent the industry and we're critically conscious of it. At the end of the day, we're trying to think outside of the box to create something that allows people to feel that being in Book 1 is a great place to be.”

The Keeneland September Sale kicks off Monday, September 13. Book 1 is Monday-Tuesday, with the dark day Wednesday.