Bettor Awarded $20K After Charging He was Cheated by Horse Dopers 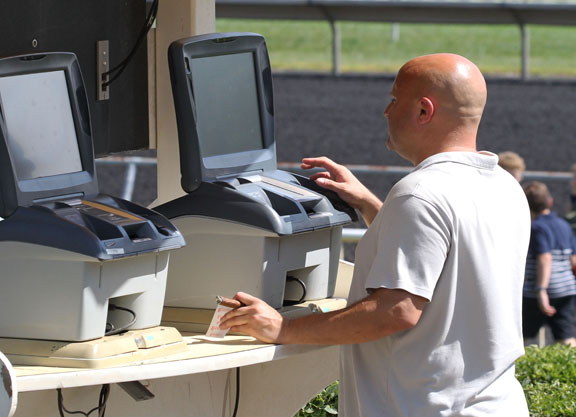 In a landmark case that could pave the way for bettors to recoup gambling earnings they may have lost when their picks were beaten by doped horses, a harness racing horseplayer has received $20,000 in a settlement after he claimed he was cheated out of winnings in a 2016 race at the Meadowlands.

In 2018, Illinois resident and gambler Jeffrey Tretter went to court in an effort to recoup over $31,000 he says he was entitled to because his bets would have come in if not for his selections being defeated by a horse that was racing on performance-enhancing drugs. The race in question occurred on Jan. 15, 2016 at the Meadowlands and was won by Tag Up And Go. An investigation revealed that trainer Robert Bresnahan Jr. had allegedly been treating Tag Up And Go with EPO.

Backed by PETA, Tretter sued Bresnahan and owner J.L. Sadowsky. A 25-page lawsuit alleged violations of the RICO act, arguing that federal laws were violated because Bresnahan was engaging in interstate commerce.

Tretter said his selections finished second, third, fourth and fifth behind Tag Up and Go and that had they not been beaten by the doped horse he stood to collect $31,385. After negotiating, both sides agreed on the $20,000 settlement

“We faced a lot of opposition because of the precedent involved, but I hope this will open the door for others to come forward and hold those responsible accountable for their blatant cheating at tracks across North America,” Tretter said in a written statement. “Bettors must organize and go after the cheats for every verifiable dime that was lost. ”

Tretter reached a settlement with the defendants in July, accepting the $20,000. Tretter has agreed to donate $7,500 of the settlement to New Vocations Racehorse Adoption Program,

In his original lawsuit, Tretter contends that he made eight different bets on the race through TwinSpires.com, including the trifecta, superfecta and Pick 3.

Tretter's lawsuit is believed to be the first of its kind and the $20,000 settlement is the first time a horseplayer was able to collect after their selections were beaten by a horse that turned out to be racing on performance-enhancing drugs.

Drew Mollica, a lawyer specializing in the racing industry, said Tetter's case could open the door for numerous legal actions by gamblers when trainers are caught cheating.

“This was quite remarkable. I have never seen anything like this,” he said. “A settlement in this case is not precedential, it's not like the court issued a ruling, but it will probably incentivize others in similar cases to bring these kinds of lawsuits. There may be future litigations related to this. While this didn't set a legal precedent it opens up the possibility for who knows what.”

Bresnahan remained active after the EPO incident and started horses as recently as December, 2019.