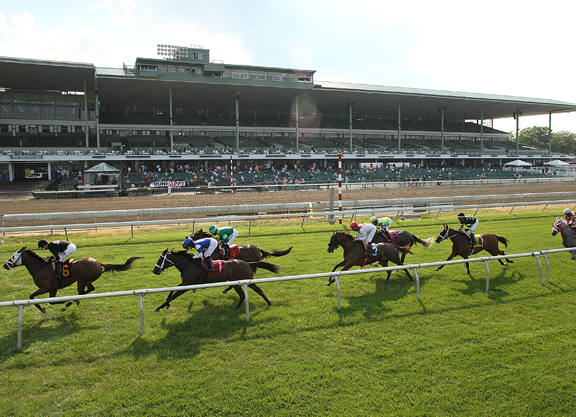 Beginning Oct. 1, Betfair will no longer accept exchange wagers from its New Jersey customers, ending a brief and unsuccessful experiment in the U.S. for a form of wagering that couldn't overcome a number of obstacles that stood in its way of success.

Founded in 2000, Betfair introduced exchange wagering in the U.K., where it proved to be wildly popular. A betting exchange is a marketplace where customers set their own odds on a horse. If someone accepts those odds, the bets are matched. This also allows customers to act as bookmakers and wager that a horse will lose. Customers could also bet on the outcome of races while they were being run.

Twenty years later, Betfair has over one million customers worldwide.

Sensing that the U.S. could become a large and important market, Betfair worked with Darby Development, the operator of Monmouth Park, to change existing laws. The exchange, the first of its kind in the U.S., debuted May of 2016. In addition to Monmouth, a handful of other tracks were soon made available to Betfair customers in New Jersey.

But U.S. horseplayers never embraced the concept like their peers in the U.K. and other countries did. According to the New Jersey Racing Commission's annual report, the exchange handled $12,371,257 in 2018. More up-to-date handle numbers were not available.

“When we launched in 2016, we felt like exchange wagering, popular elsewhere, was worth trying in New Jersey to see if it could increase new fan interest in racing,” said Kip Levin, the COO of FanDuel Group, now the parent company of Betfair. “For a variety of reasons, including a customer base used to exotic wagers and a reluctance by major US racing associations to embrace the different business model, it never hit the critical mass needed for it to be viable.”

Had Betfair been able to secure rights to accept bets on more U.S. tracks, perhaps the story would have ended differently. While able to line up several second-tier tracks, Betfair was unable to broker agreements to take bets from U.S. customers from NYRA, The Stronach Group, Churchill Downs, Del Mar and Keeneland.

“I still think the exchange is a good product that could have been successful if we were able to get signals from the major jurisdictions,” said Darby Development Chairman and CEO Dennis Drazin. “We had all the 'B' tracks but we didn't have New York, California, Kentucky, Florida. I think the exchange would have been very successful if we could have gotten those tracks. Betfair tried very hard to make progress to get those signals but were just unable to do so.”

But even higher quality signals like Monmouth and Woodbine failed to attract a sizeable amount of wagers. That could have been the result of the takeout structure. One of the reasons behind Betfair's success in the U.K. was that it charged commissions far lower than the traditional takeout. For most U.K. bettors, the commission was just 5%.

Betfair was able to charge that little because it was not required to turn over any of its profits to purses. Had it tried to do the same in the U.S. it would have had a difficult time getting tracks and horsemen's groups to sign off on the product. Agreeing to pay U.S. tracks, Betfair charged its New Jersey customers a 12% commission.

Another factor was Betfair's inability to expand outside New Jersey. Exchange wagering was also legalized in California, but was never made available in that state or any other state outside of New Jersey, seriously limiting Betfair's ability to expand its customer base in the U.S.