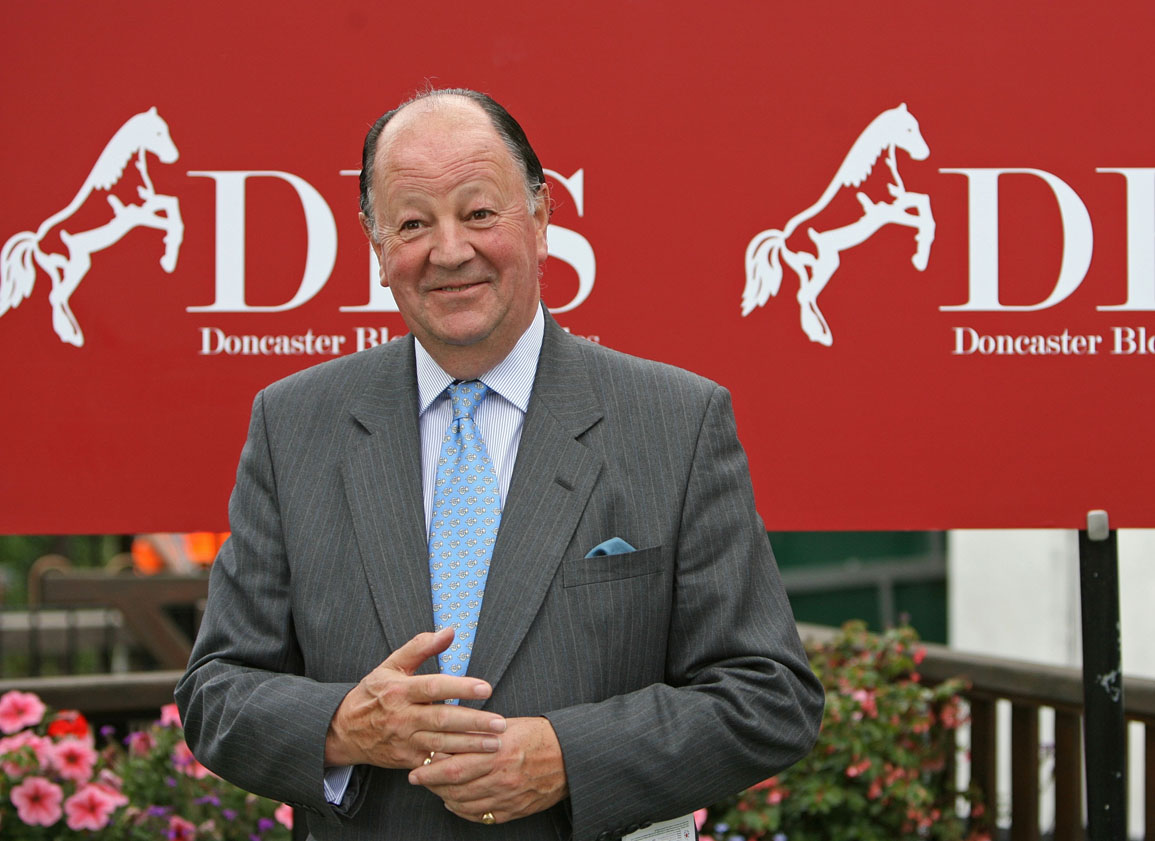 Harry Beeby, a key figure within Goffs and Doncaster Bloodstock Sales since the 1960s and an internationally renowned auctioneer, died on Thursday morning at his home with his family at his side.

Goffs Chairman Eimear Mulhern said, “Harry was a stalwart of the bloodstock industry for over 50 years. Greatly respected, a mentor to many, a true friend and loyal colleague, he was first and foremost a family man. To his beloved wife Elizabeth, his son, Goffs Group Chief Executive Officer Henry Beeby, daughters Caroline and Belinda and to his extended family and wide circle of friends, we offer our deepest condolences.

Harry had a true zest for life. He was one of life's gentlemen and one of the great characters of the bloodstock and racing industries. He will be greatly missed and fondly remembered wherever horsemen gather.”

Beeby joined Doncaster Bloodstock Sales as a partner with Ken Oliver and Willie Stephenson in 1964, and was managing director of the auction house from 1976 to 1998, and chairman until 2016. He served as a director of Goffs from 2007 to 2018. Beeby was a very popular and well-loved figure in bloodstock and racing circles and developed lifelong friends and a loyal clientele.

Goffs UK Managing Director Tim Kent said, “The term 'legend' is often overused but I don't think there is a better way of describing Harry Beeby. He was a great mentor to us all and he lived life to the full. He was also passionate about the sales in Doncaster and it is this passion that he has instilled in the current team. He will be sadly missed by us all.”

Beeby's funeral will be held at St Cuthbert's Church in Hawick, with arrangements to be announced later. A celebration of life will also take place at Doncaster in association with a sale at a later date.

A Man Blessed With Qualities That Cannot Be Taught

I was lucky enough to grow up in the Scottish Borders, one of the most solidly racing-oriented areas of Great Britain. Then, as now, there were some very good trainers in the Borders, particularly concentrated around my home town Hawick. Two local trainers (Ken Oliver and Harry Bell, each based near the village of Denholm, just a few miles along the River Teviot downstream from Hawick) between them trained the winners of seven of the 13 Scottish Grand National winners in the years 1970 to 1982 inclusive; while another Denholm-based trainer, John Leadbetter, sent out Rubstic to win the Grand National at Aintree in 1979.

To run a sales company, one needs to understand horses, people and business, and to be endowed with so obvious a core of integrity and reliability that it inspires the absolute trust of vendors and purchasers alike. Harry Beeby filled this role in a way that few could or ever have.

In the modern world, an education in business management or a make-over by 'consultants' might be deemed necessary for the holder of such a post. Harry, however, was blessed with qualities that cannot be taught. His impeccable good manners were not learned but were merely an expression of the way that he was. His decency was not an act, but just came naturally. His kindness was innate rather than calculated. To him, treating everyone with equal courtesy and consideration was as normal as breathing. His word was so patently his bond that doubting it would have been unthinkable.

When the time eventually came for Harry to stand down as boss of DBS, he left shoes so big that it was hard to think of anyone other than his son Henry being able to fill them. He had made sure that Henry had had a thorough grounding for the role, but all the experience in the world would have counted for nothing if Harry's personal qualities had not been passed on to the next generation. One could agonise over the nature v. nurture debate forever; but, whatever their source, it must have given Harry enormous pride and satisfaction that the transition from father to son was so seamless that it was clear to all that, as Edmund Burke exclaimed after William Pitt the Younger had made his maiden speech in the House of Commons on 26 February 1781, 'he was not merely a chip of the old block, but the old block itself.'

DBS, now Goffs UK, has been one of the great success stories of British bloodstock over the past 60 years. To the bloodstock world, Harry Beeby will always be synonymous with that success, and we offer our sincere condolences to Elizabeth, Henry, Caroline, Belinda and his extended family.