Home » Archive » Shared News » Belmont Stakes 154: Where Did They Come From?

Belmont Stakes 154: Where Did They Come From? 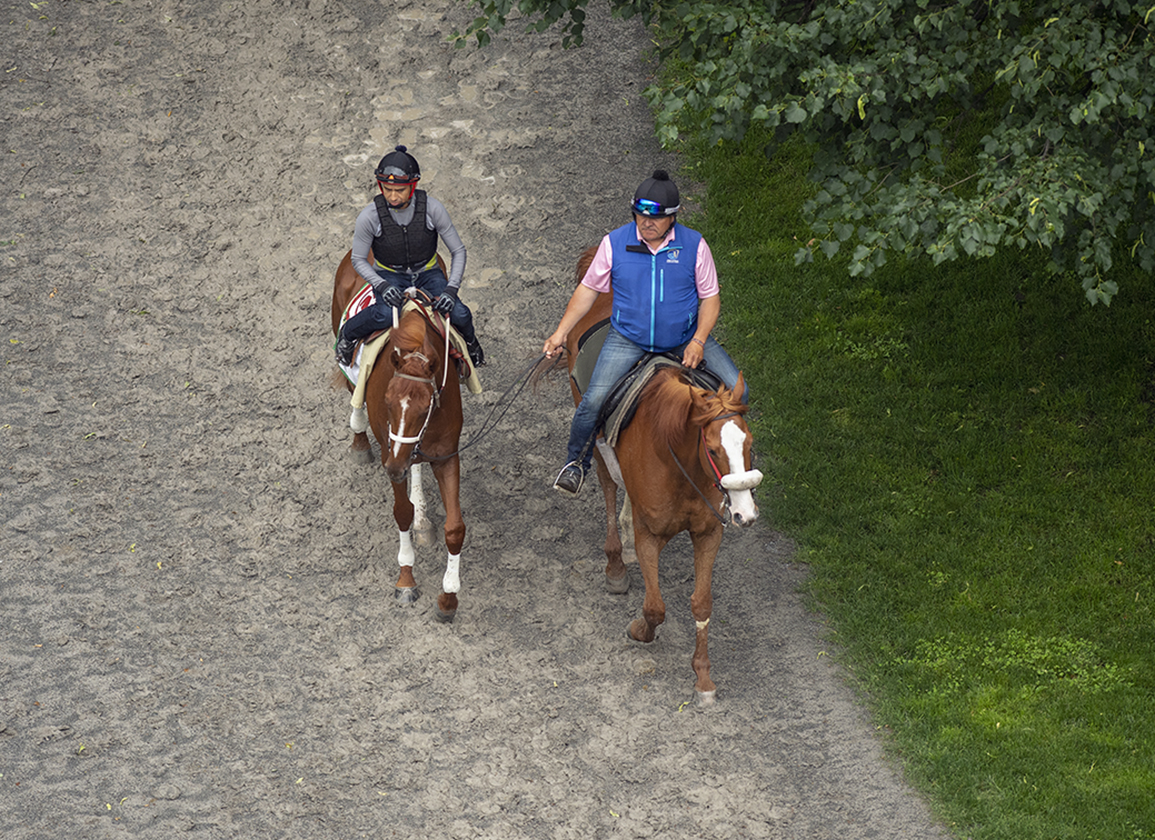 4) RICH STRIKE, c, Keen Ice–Gold Strike, by Smart Strike
Owner: RED TR-Racing, LLC
Breeder: Calumet Farm (KY)
Trainer: Eric Reed
Pedigree Notes: Like his first-crop son, Rich Strike, Keen Ice set the racing world abuzz with a shocking win defeating Triple Crown winner American Pharoah in the GI Travers S. Rich Strike, claimed for just $30,000 off breeder Calumet Farm, became Keen Ice's first graded winner with his monumental 80-1 upset in the GI Kentucky Derby. Rich Strike is inbred 3×2 to Smart Strike. Rich Strike is one of 57 graded winners for Smart strike as a broodmare sire.
Rich Strike's 20-year-old dam was Canada's champion 3-year-old filly in 2005. She raced as a homebred for Richard A. N. Bonnycastle's Harlequin Ranches. Bonnycastle, who has a long family history in Canadian racing, has bred several of Gold Strike's foals in the Cavendish name. His last foal out of the mare was the unraced Stoney Miss (Birdstone) in 2015, soon after her Llanarmon (Sky Mesa) was a graded stakes winner for him, and he sold Gold Strike for $230,000 at Keeneland November that year while in foal to Llanarmon's sire. Calumet Farm was the purchaser.
Calumet is the breeder on record for the mare's 2016 foal, J and J O'Shea (Sky Mesa), who was unraced, and Gold Strike was subsequently sent to Calumet stallions. She got My Blonde Mary (Oxbow) in 2017-who was claimed for $5,000 after finishing third at Tampa Apr. 6-and Rich Strike in 2019. Bred to another Calumet sire, Ransom the Moon, Gold Strike was returned to the Keeneland November sale in 2019 and sold to Tommy Wente for $1,700. The Manitoba-bred mare has not produced a foal since.

6) MO DONEGAL, c, Uncle Mo–Callingmissbrown, by Pulpit
Owner: Donegal Racing & Repole Stable
Breeder: Ashview Farm & Colts Neck Stables (KY)
Trainer: Todd Pletcher
Sales History: Mo Donegal was a $250,000 yearling purchase by Donegal Racing at the 2020 Keeneland September sale.
Pedigree Notes: Donegal Racing's Jerry Crawford went to $250,000 at the 2020 Keeneland September sale to secure Mo Donegal, and earlier this term, Mike Repole's Repole Stable purchased a minority interest in the GI Kentucky Derby aspirant following his win in the GII Wood Memorial S. He is one of 43 graded winners for Uncle Mo. The colt is out of Callingmissbrown, who won half of four starts during her only season to race at four. The My Meadowview homebred is a daughter of millionaire Island Sand (Tabasco Cat), winner of the GI Acorn and runner-up in the GI Kentucky Oaks. A daughter of Sue's Last Dance (Forty Niner), who is a half-sister to Queen's Plate hero Niigon (Unbridled), Island Sand is also responsible for MGISP Maya Malibu (Malibu Moon). Mo Donegal, one of three foals produced by his dam, also has a year-older sister by Speightstown, named Bluegrass Belle, and a juvenile brother by Into Mischief, who realized $500,000 at Keeneland last September. The 10-year-old mare has failed to produce a live foal in each of the past two seasons.

8) BARBER ROAD, c, Race Day–Encounter, by Southern Image
Owner: WSS Racing LLC
Breeder: Susan Forrester & Judy Curry (KY)
Trainer: John Alexander Ortiz
Sales History: Purchased for $15,000 out of the 2019 Keeneland November sale
Pedigree Notes: Barber Road is easily the most accomplished of the four winners from five to race for his dam, who was hammered down for the upset price of $1,000 at the 2015 Keeneland November Sale. Encounter, a half-sister to GIII Turfway Breeders' Cup S. heroine Susan's Angel (Cape Town), the stakes-winning Copingaway (Brother Derek) and SP Adorable Jane (Tale of the Cat), is also represented by a 2-year-old Cinco Charlie filly.