Belmont Park Fall Meet to be Held at Aqueduct Racetrack 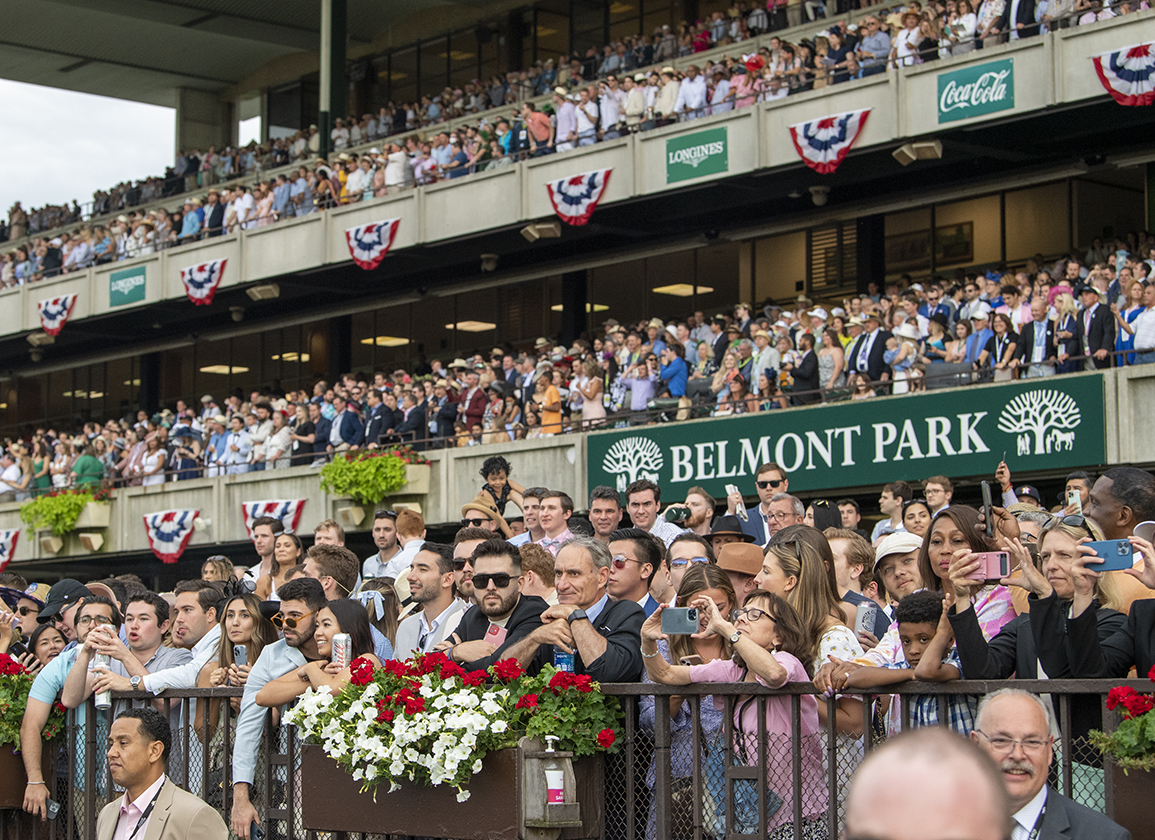 The traditional fall meet at Belmont will instead be held at Aqueduct and kick off Sept. 15, the New York Racing Association announced Thursday. It is anticipated that racing will return to Belmont for the 2023 spring meet.

The switch to Aqueduct will allow NYRA to undertake the first phases of what could be a major renovation of Belmont Park. Tunnels have been constructed at Belmont that will give construction vehicles access to the infield. The tunnels will also pave the way for pedestrians to have access to the infield. According to a statement issued by NYRA, “the tunnels will serve as a conduit to the infield for commercial vehicles allowing NYRA to completely reconstruct the Belmont main track and its two turf courses.” In addition, the tunnels will provide NYRA with an opportunity “to consider the installation of a synthetic track in the future.”

NYRA officials have spoken often in recent years about a desire to make significant changes at Belmont, including ones that could make it feasible to some day close Aqueduct. That could include a rebuild of the massive grandstand, which would make Belmont a better fit to host the Breeders' Cup, which has not been run in New York since 2005.

“This investment in the future of Belmont Park will transform our racing operations and pave the way for a broader re-imagining of the facility,” Dave O'Rourke, NYRA President & CEO, said in a statement. “The shift to Aqueduct this fall will minimize the overall impact on the racing schedule, and ensure continuity for the Belmont spring/summer meet and Belmont S. presented by NYRA Bets. We appreciate the patience of our horsemen and fans as we enter this period of transition at Belmont, and look forward to an exciting fall at the Big A.”

According to NYRA spokesperson Pat McKenna, the current circumferences of the Belmont racing surfaces will not be changed.

The construction project will result in the closing of the main track and the turf courses at Belmont for training, starting with the conclusion of training on Aug. 7. Those tracks won't reopen until April of 2023. After a brief shutdown, the Belmont training track will re-open on Aug. 8 and will be the only outlet for regular training activities. Construction on the Belmont courses will begin following the conclusion of the 2023 Belmont Park spring/summer meet.

The New York Thoroughbred Horsemen's Association (NYTHA) President Joe Appelbaum expressed his support for the project in the NYRA statement.

“NYTHA membership recognize the importance of modernizing Belmont Park and look forward to competing at a world-class Thoroughbred racing venue,” said Appelbaum. “We will continue to work closely with NYRA to reduce any burdens on horsemen created by the temporary closure of the main track at Belmont.”

Trainer Christophe Clement had mixed feelings about the impending changes.

But Clement is not looking forward to what will be a major disruption to his training routines.

“This is very depressing because a guy like me trains mostly on the main track at Belmont and I work a lot of horses every weekend on the turf,” he said. “I adore Belmont Park as a racetrack, to race at and to train at. But I will have to adapt. That's just the way it is. We were aware of this. NYRA has been talking to us about this for about six months. We're just going to have to adjust.”

The Belmont-at-Aqueduct meet will run through Oct. 30 and will include 41 stakes races worth $9.9 million. The stakes season at Belmont-at-the-Big A will commence on Sept. 17 with the running of the $1-million GIII Jockey Club Derby and the $700,000 GIII Jockey Club Oaks. The Oct. 1 card will consist of four stakes, including the GI Woodward S. and the GI Champagne S. The Oct. 8 card will include the GI Joe Hirsch Turf Classic and the GII Vosburgh, which has been shifted from six furlongs to seven furlongs. Six stakes were cut from the schedule, but none are graded stakes. The GII Kelso H., traditionally a prep for the GI Breeders' Cup Dirt Mile, has been shifted from late September to Oct. 29.

The good news for horsemen is that the Belmont-at-Aqueduct meet will offer significant purse increases with a particular focus on adding value to conditions impacting the broadest group of owners and trainers. Open allowance races will be run for six-figure purses while all claiming categories, New York-bred, and maiden races will enjoy purse enhancements. NYRA will also introduce a new bonus program to further reward horsemen for competing at the fall meet. The bonus will pay $500 to the owner and $500 to the trainer of any horse finishing outside of the top three in his/her first fall start provided the most recent start was during the 2022 summer meet at Saratoga Race Course. Stakes races at Aqueduct do not qualify for the Belmont at the Big A bonus.

The capital improvement project will also include the installation of a synthetic Tapeta track on the quarter-mile Belmont “pony track.”

From 1963 through 1967, racing moved to Aqueduct after the Saratoga meet concluded as Belmont Park was being rebuilt.