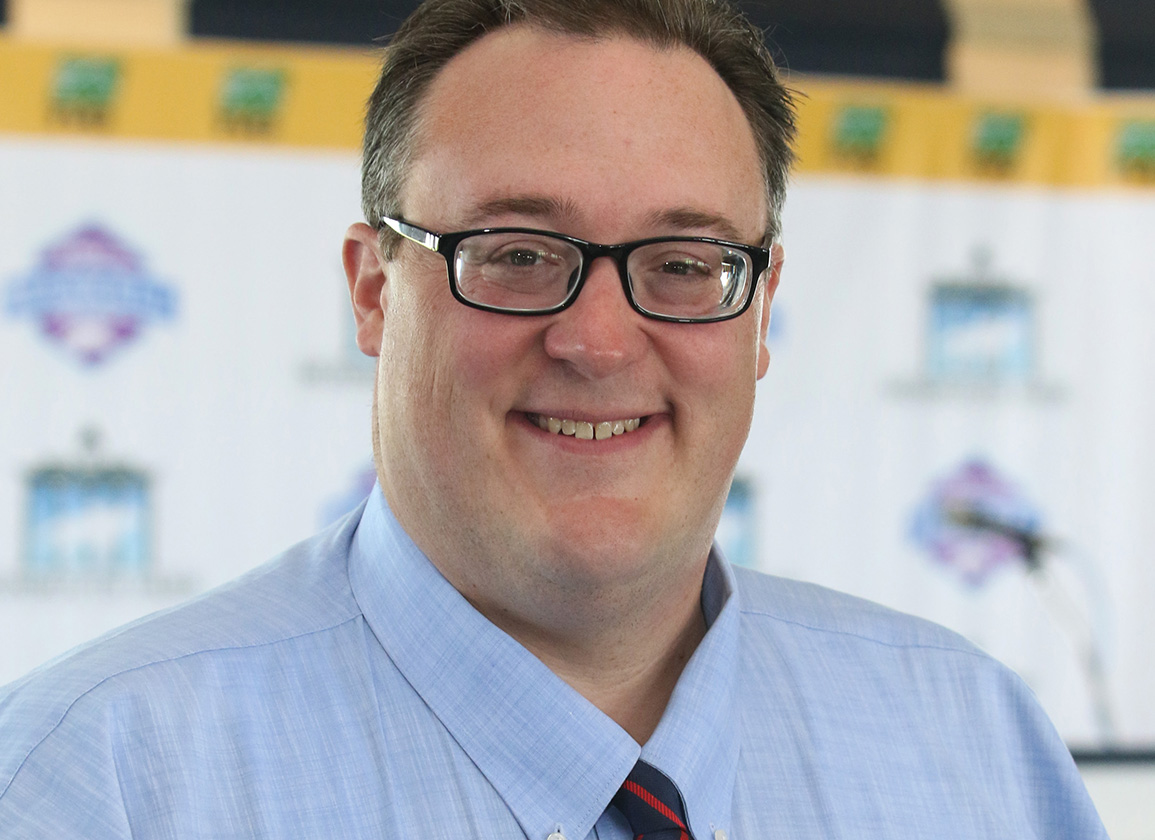 Jason Beem was just 23 years old when he had his first panic attack, but remembers it in excruciating detail to this day. “I was in law school at Gonzaga University. I was in constitutional law class and I didn't know what it was and walked out of class and freaked out in the hallway.” That episode was the beginning of over a decade-and-a-half struggle with anxiety and depression that caused him to leave racing for a period, and be hospitalized several times. The popular racecaller and podcast host talks openly about mental health on the TDN Writers' Room podcast, presented by Keeneland, with hosts Joe Bianca, Bill Finley and Jon Green, as the Green Group Guest of the Week.

He said that at times, the depression was so bad that he would have to lie down on an air mattress in the announcer's booth at River Downs because the effort to stay upright was too overwhelming. “My second year at River Downs, I really struggled,” he said. “And that was like the first time I had ever had a real depression and I didn't know what it was. I was in line at Chipotle one day, just crying and I didn't know why. And so I hadn't done a lot of therapy up until then, and so I started doing that and kind of learned what I was dealing with and also that it wasn't uncommon. I think that for me was one of the biggest helps early on was realizing that mental health issues are things that a lot of people struggle with.”

Currently the announcer at Tampa Bay Downs, he talks about being out of racing for a year and half and working as an Uber driver when BetAmerica saw his “Beemie Awards” on Twitter and reached out to see if he was interested in doing something with them. “I said I would love to do a daily podcast,” he recalled. “And that was that was literally like Christmas and we were up and going two weeks later. It really kind of came together pretty fast and, you know, just kind of took the model from what a lot of podcasts were doing; 20 minutes of chat, 25 minutes of interview and then you were out. And we've been really fortunate.”

In other segments on the show, which is also sponsored by Coolmore, the Pennsylvania Thoroughbred Horse Breeders, West Point Thoroughbreds, Legacy Bloodstock and XBTV, the writers discuss the news of the week, including: the ongoing story of California veterinarian Jeff Blea, the 2021 handle figures and how much of that could be from computer bettors, and the continuing legal battles between Bob Baffert and Churchill Downs.

Watch the video version of the podcast here.

Listen to the audio version here, or on Apple podcasts or Spotify.