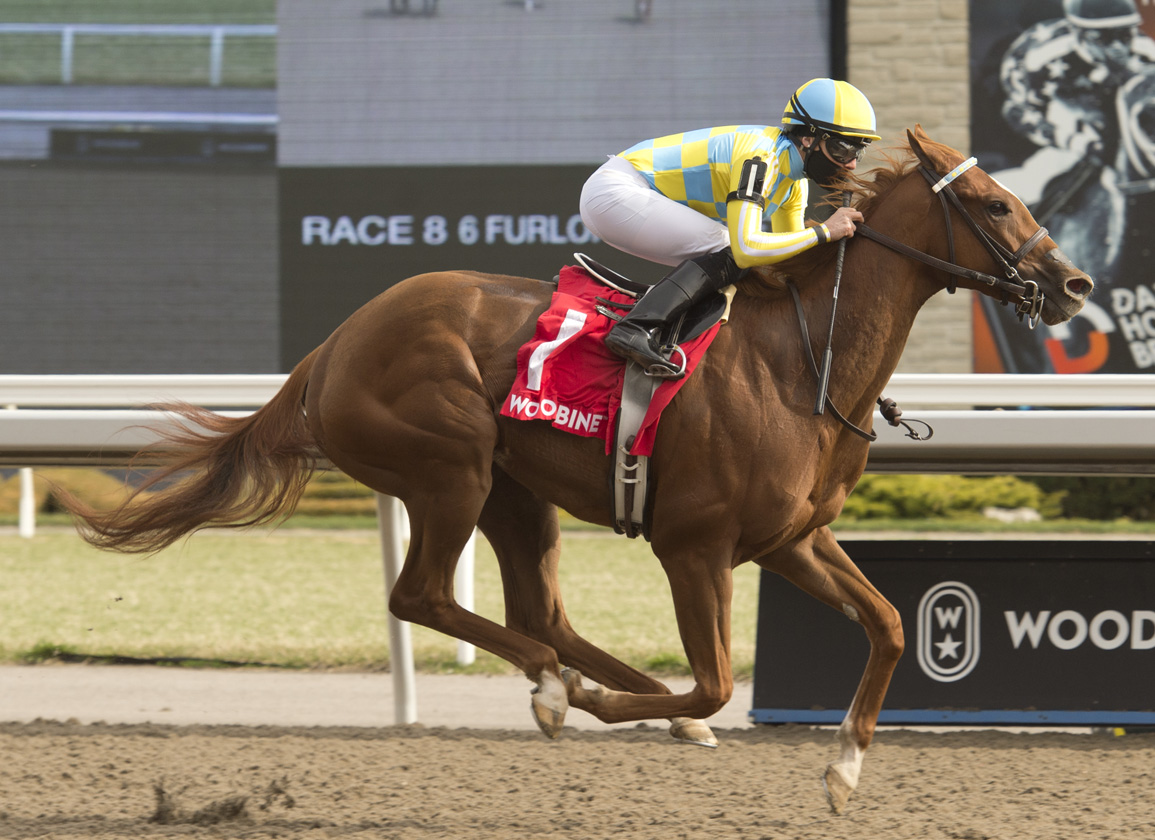 Beautiful Empire (Classic Empire)'s furious kick carried the day for conditioner Mark Casse, rallying from last to lead home a 1-2-3 finish for the Mark Casse barn in a brisk rendition of the Star Shoot S. at Woodbine.

The filly was far back in her first two starts over conventional dirt at Churchill Downs before breaking her maiden Dec. 10 over the synthetic at Turfway Park to conclude her juvenile season. The chestnut began her year with a close runner-up effort Jan. 8 at the venue on first-time Lasix and finished third in a stacked rendition of the Valdale S. Feb. 12 and most recently overcame a bump at the start of a local allowance Apr. 16 to draw clear by four lengths.

Allowed to settle after the break here, the 7-2 third choice tracked from last early and quickly made up ground from that rail spot coming into the lane. Under right-hand urging from Emma-Jayne Wilson, Beautiful Empire kicked into high gear in the final furlong to clear rivals and win by 1 1/2 lengths over Aubrieta (Speightster). Diabolic (Ire) (Dark Angel {Ire}) rounded out the Casse trifecta. The time for the six-furlongs was only just off the track record set by the venerable Pink Lloyd (Old Forester).

“I was actually angling to go to the outside, and the rail kind of opened up,” said Wilson post race. “Good horses, when you ask them, they run. And that's exactly what happened. She's been running lights out the whole winter. She was primed for a big effort. It was a big effort last time and she stepped up again today.”

The victress is her dam's first black-type earner and second winner from three to race. She has a 2-year-old half-brother by American Pharoah. Humor Me Colonel is expecting a foal by Munnings this season. She is also the fourth stakes winner for her young sire (by Pioneerof the Nile). Click for the Equibase.com chart or VIDEO, sponsored by TVG.