Home » Archive » Shared News » BC Bid on the Line in O'Brien

BC Bid on the Line in O'Brien 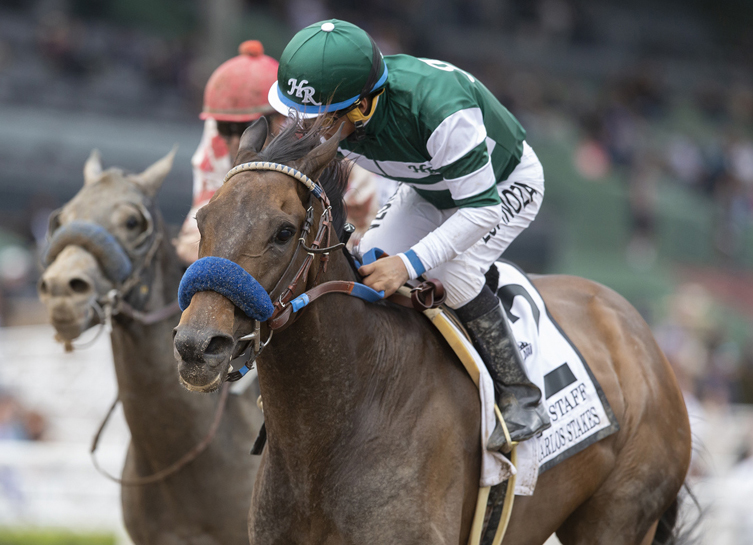 Lane's End Racing and Hronis Racing's Flagstaff (Speightstown) gets the morning line nod in Del Mar's GII Pat O'Brien S., a Saturday “Win and You're In” qualifier for the furlong-longer GI Big Ass Fans Dirt Mile. The lightly raced 6-year-old's 2020 campaign has included a victory in the GII San Carlos S. over this trip in March and a narrow second to Whitmore (Pleasantly Perfect) in the GIII Count Fleet Sprint H. in April. He's been off since finishing fourth in the GII Triple Bend S. in June, but has been working swiftly in preparation for this (See XBTV video of Aug. 22 breeze in which he finished clear of stablemate Shortlist {Congrats}, an optional claiming winner at the beginning of the month).

Seven-year-old Giant Expectations (Giant Surprise) hasn't won since 2017, but his best effort would make him tough to beat. He took this event in the same year as his last victory, and was second by a head in it last term. He was last seen being eased after a slow start in the Dirt Mile Nov. 2.