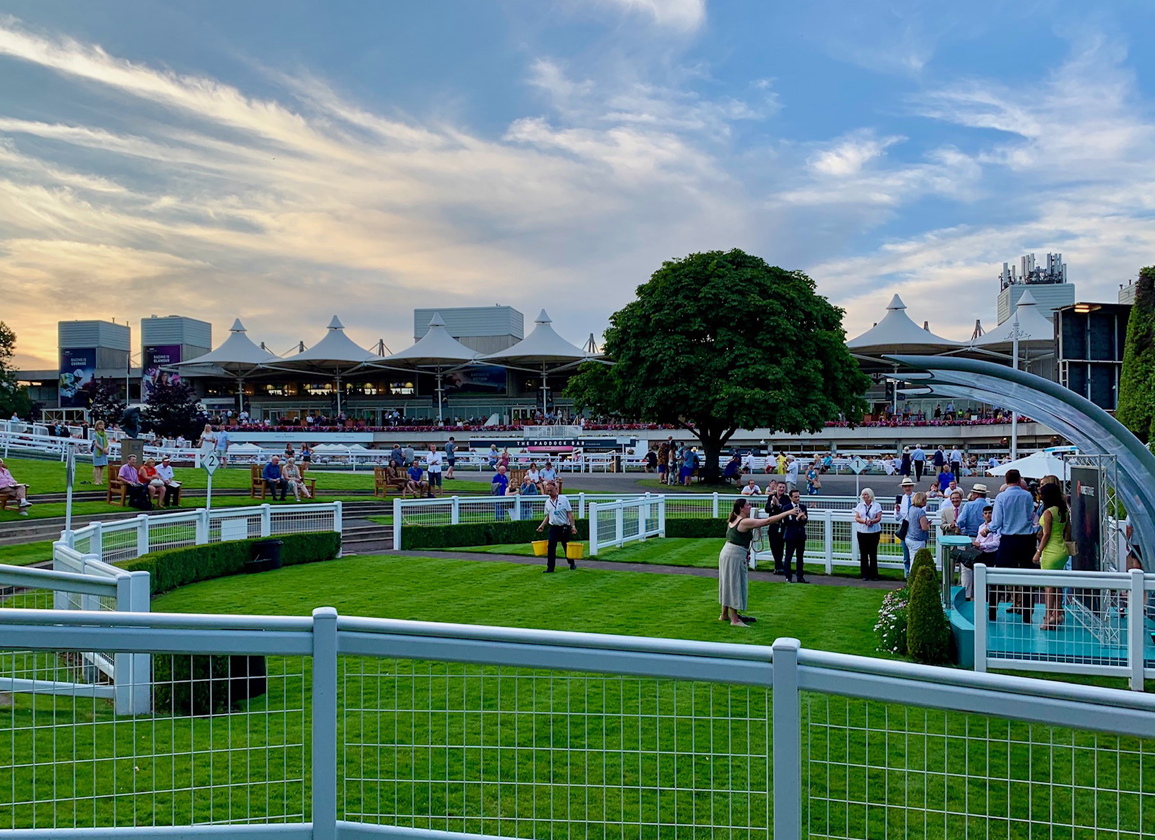 The G2 Sky Bet Lowther S. at York on Aug. 19 is the next racecourse appearance for Kirsten Rausing's homebred G3 Albany S. and G2 Duchess Of Cambridge S. heroine. All being well, the dark bay will then take part in the six-furlong G1 Juddmonte Cheveley Park S. at Newmarket on Sept. 25.

Balding said of the three-for-three filly, “Sandrine looks very good and I've been thrilled with her last two runs. She will probably run in the Lowther next then all eyes will be on the Cheveley Park. She will carry a penalty [at York] but we didn't want to wait until Newmarket to run her again. She seems to be very versatile ground wise. She is a very smart filly and is an absolute pleasure to train.”

Victorious at Newbury when unveiled in April, Berkshire Shadow saluted at Royal Ascot in the G2 Coventry S. He was last seen running second over soft ground in the G2 Vintage S. at Goodwood on July 27. The Sept. 25 G1 Muddmonte Middle Park S. going six furlongs or the G1 Darley Dewhurst S. over seven furlongs on Oct. 9 are both likely targets for the progressive colt.

“We might drop him back to six and look at the Gimcrack at York before looking at options like the Middle Park or Dewhurst in the autumn. He is a very talented horse and if he encountered soft ground again I imagine he would perform better on it now having raced on it. Like Sandrine, it is a pleasure to have him in the yard.”

Rounding out the Balding trio is Saturday's G3 Sweet Solera S. heroine Majestic Glory. Sixth at Windsor making her first start on July 5, the bay improved to second at Newbury on July 16 and donned cap and gown transferred to Newmarket on July 30, her final appearance before her Sweet Solera score. The Oct. 8 G1 bet365 Fillies' Mile is in the cards for Majestic Glory.

He added, “It was a very good performance that Majestic Glory put up in the Sweet Solera S. at Newmarket on Saturday and her breeding suggests she should stay further than seven furlongs.

“She hadn't had a massively hard race the time before and this looked a fairly good opportunity at this level so we took and I thought she looked very smart.”