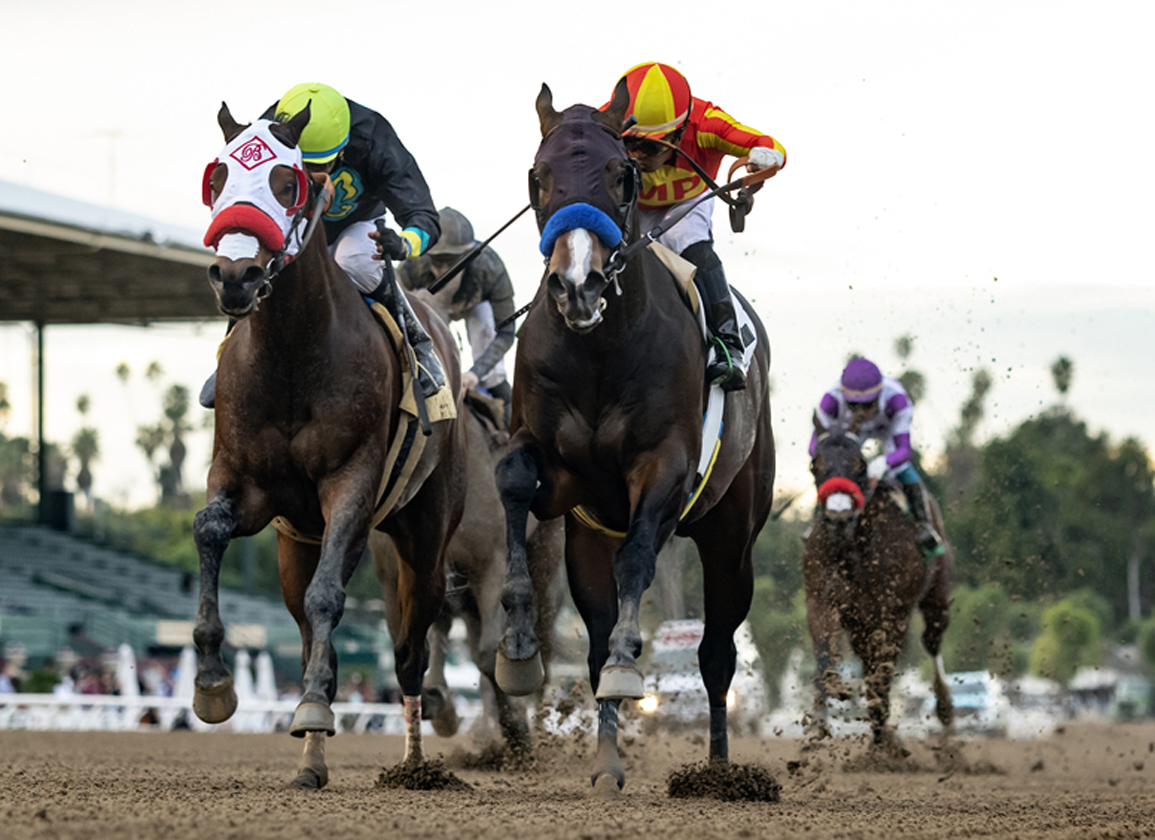 A lightly raced, once-pricey juvenile trained by Bob Baffert won the GIII Palos Verdes S., but it wasn't chalk, the $3.65-million Fasig-Tipton 2-year-old Cezanne (Curlin). Instead it was the year-younger, $300,000 OBS April 2-year-old Essential Wager (Honor Code), who was making his stakes debut after riding a two-race win streak.

The winner came into the Palos Verdes off a brilliant work in tandem with Cezanne Jan. 23, in which he finished in front of his stablemate with a time of :59 2/5 for the five furlongs. It was best of 88 that day, with Cezanne hitting his mark in :59 3/5 (2/88).

“This horse is getting better and better, he had trained really well,” said Baffert. “With Cezanne, I think it was a little too short for him. All of Essential Wager's races have been pretty impressive and actually, he's bred not to be a sprinter. [Rider] Abel [Cedillo] did a great job, got him outta there and held off those horses pretty well. You know, he took a lot of heat early and kept going.”

Essential Wager debuted at seven furlongs in October over this track with an educational start: a bump, a stumble, a premature move, and a lost duel. He finished second that day, but moved down to six furlongs and has stayed there since, resulting in a maiden win Nov. 12 at Del Mar, a first-level allowance Dec. 11 at Los Alamitos, and Saturday's Palos Verdes victory.

“We're going to let Bobby [Baffert] do what he wants with him,” said co-owner Mike Pegram, “but I think he can probably get two turns, it looks like.”

Pedigree Notes:
One of nine black-type winners for Honor Code, Essential Wager is his young sire's fourth graded winner. His other three graded winners have all come at the Grade I level.

Inbred 3×5 to Seattle Slew, Essential Wager is one of 19 stakes winners out of a daughter of Officer. His dam has a 2-year-old filly named Bru Na Boinne (Arrogate), who brought $120,000 from Wayne R. Sanders and Kat Kirk at the Fasig-Tipton Kentucky October yearling sale. She also has a yearling full-sister to Essential Wager named Essential Ellie and visited the court of Wildcat Red for this spring's foal.