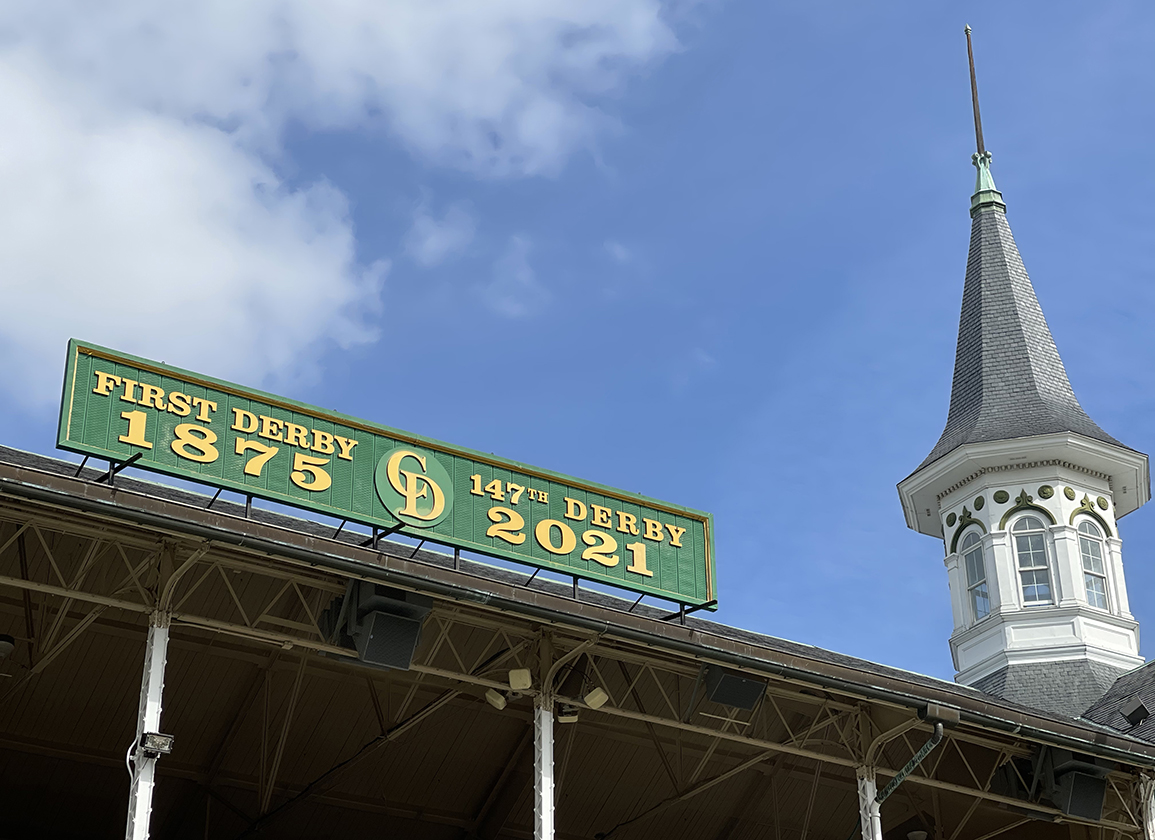 Trainer Bob Baffert, in his attempt to reverse a two-year ban from tracks operated by Churchill Downs, Inc. (CDI), underscored in a May 23 court filing that because CDI in 2002 transferred its flagship Louisville facility to the city and then leased back the land as part of a lucrative redevelopment financing deal, the gaming corporation that controls the GI Kentucky Derby gave up its right to exclude individuals based on private-property rights.

“CDI conveyed the Churchill Downs Racetrack to the City to convert the 'racetrack facility' into a 'recreation park' that 'will be utilized to make horseracing, entertainment, dining, pari-mutuel wagering and other recreational activities available to the public,'” Baffert's legal team argued, quoting from a 20-year-old municipal lease and citing documents that CDI had filed with the Securities and Exchange Commission at the time of the transaction.

“In so doing, CDI declared its purpose to devote the racetrack, the underlying real estate, and the facilities thereon 'to the public use,' which effected a dedication and a forfeiture of exclusion rights,” the filing stated.

According to Baffert's initial complaint, the lease, which runs through 2032, was part of a tax increment financing agreement between CDI, the Louisville/Jefferson County Metro Government, and the Louisville Development Authority.

The city took title to the property, advanced funds to CDI, and designated the track as a “recreation park” within the meaning of Chapter 103 of the Kentucky Revised Statutes. Under the terms of the lease and Churchill Downs's designation as a development area, the track is exempt from taxation by the city “and other political subdivisions in Kentucky to the same extent as other public property used for public purposes.”

Thus, as it applies to the federal lawsuit Baffert initiated Feb. 28 against CDI, its chief executive, Bill Carstanjen, and corporate board chair, Alex Rankin, “Defendants have excluded Mr. Baffert from a municipal park, an action which has regularly been held to be a traditionally exclusive public function,” the filing stated.

“Mr. Baffert has a protected liberty interest in plying his trade at Churchill Downs Racetrack, a public park….” the filing continued. “Mr. Baffert clearly has liberty interests in using public property for its intended purposes and to enjoy it in the manner he is expressly permitted to do by law, and Defendants interfered with those interests.”

The beef over whether CDI is overstepping its power by excluding Baffert from a purportedly public space isn't the only issue that the plaintiff raised in Monday's filing, which took the form of a response to CDI's May 2 motion for dismissing the suit.

Baffert also took umbrage with CDI's alleged restraint of his ability to participate in interstate commerce, CDI's supposed “usurping” of the powers of the state racing commission to police the sport, and a purported “conspiracy” by CDI's higher-ups to “deprive [Baffert's clients] of their freedom to select their chosen trainer for their Derby horses while leaving the licenses of their own trainers unencumbered.”

June 2 will mark the one-year anniversary of CDI's ruling-off of the Hall-of-Fame trainer whose horses have crossed the finish wire first in the Derby a record seven times.

But one of those winners-Medina Spirit in 2021-is facing an under-appeal disqualification from the Kentucky Horse Racing Commission because a post-race test detected an overage of betamethasone.

That failed test, plus Baffert's history of equine drug positives in major races in the year prior to the '21 Derby, were the stated catalysts for CDI moving to exclude him.

“This lawsuit is as meritless as all of his others,” CDI had stated three weeks ago when asking the judge to toss Baffert's suit. “Baffert's claims fail as a matter of law, and this Court should dismiss his complaint in its entirety.”

“Whatever his theory may be, Baffert is wrong in contending that CDI had no right to exclude him,” CDI stated in that motion to dismiss, asserting that legal precedents have established that Churchill Downs is “a private facility” that may “exclude whomever it desire[s] from the track.”

Baffert's filing on Monday reiterated what his lawyers had previously alleged in the initial complaint: “that individuals within CDI entered into an unlawful contract, combination, or conspiracy to exclude Baffert (and, thus, owners who use Mr. Baffert's services) from participating in the market for Derby horses; that members of this conspiracy own and race horses, and that they were the moving force behind the suspension.”

Those actions amount to a smear campaign, the filing implied.

“Over the last year, Defendants have wielded their substantial resources to spearhead a media campaign, to construct a strawman with the likeness of Bob Baffert, and to fashion it a scarecrow. They have defamed Mr. Baffert, impugned his integrity, and accused him (baselessly)
of criminal conduct,” the filing stated.

At a different point, Baffert's filing outlined the purported motives of the alleged CDI conspirators, framing the argument through the lens of the highly competitive quest to win the Kentucky Derby and then reap substantial bloodstock benefits when the champ retires to stud.

“Only a handful of trainers can reliably produce a Derby horse,” Baffert's attorneys wrote. “The operation and effect of this conspiracy therefore deprives the conspirators' competitors of the elite training services offered by Mr. Baffert, decreasing their horses' ability to qualify for and compete effectively in the Kentucky Derby and its qualifying races, and ultimately reducing their horses' value as breeding stock.

“At the same time, the conspirators remain able to utilize the elite training services of their choosing. This restraint opens the door to otherwise-lower-performing horses succeeding in races where they otherwise would have failed, thus inflating their value. In that way, the conspirators' horses' increase in value not because of the superior efficiency of their breeding and training operations but from their control over the facility that determines their horses' values. The special disability imposed on the 'relationships the competitors need in the competitive struggle' is the exact competition-reducing restraint on trade antitrust laws forbid.”

CDI, according to Baffert, is also going against the intent and spirit of the Horseracing Integrity and Safety Act (HISA).

“[B]ecause Defendants attempt to impose conditions on Mr. Baffert's ability to race horses in interstate commerce, federal public policy must be taken into account,” the filing stated. “Congress has created [HISA] and vested it with 'independent and exclusive national authority' over 'anti-doping and medication control matters.' Defendants' conduct would frustrate the express purpose of this Act, which replaces the current entity-by-entity regime with a national set of rules that 'should be uniform and uniformly administered nationally.'”

Baffert's filing also included-without citing the names of any contemporaries-a brief discussion about how his history of overages for permitted therapeutic medications is “comparable to or better than most at his level.”

Baffert also stated how racing's long-standing “absolute insurer” rule that applies to trainers is “a draconian combination of strict liability and assumption-of-risk which neither assigns personal fault nor depends upon any finding of culpability.”

And when charged with an infraction under the absolute insurer rule, how does a trainer defend himself?

According to Baffert's filing. the “only practical defense is to mitigate the inevitable penalty by showing, for example, that the overage was the result of a simple miscommunication, an oversight, or environmental contamination.”