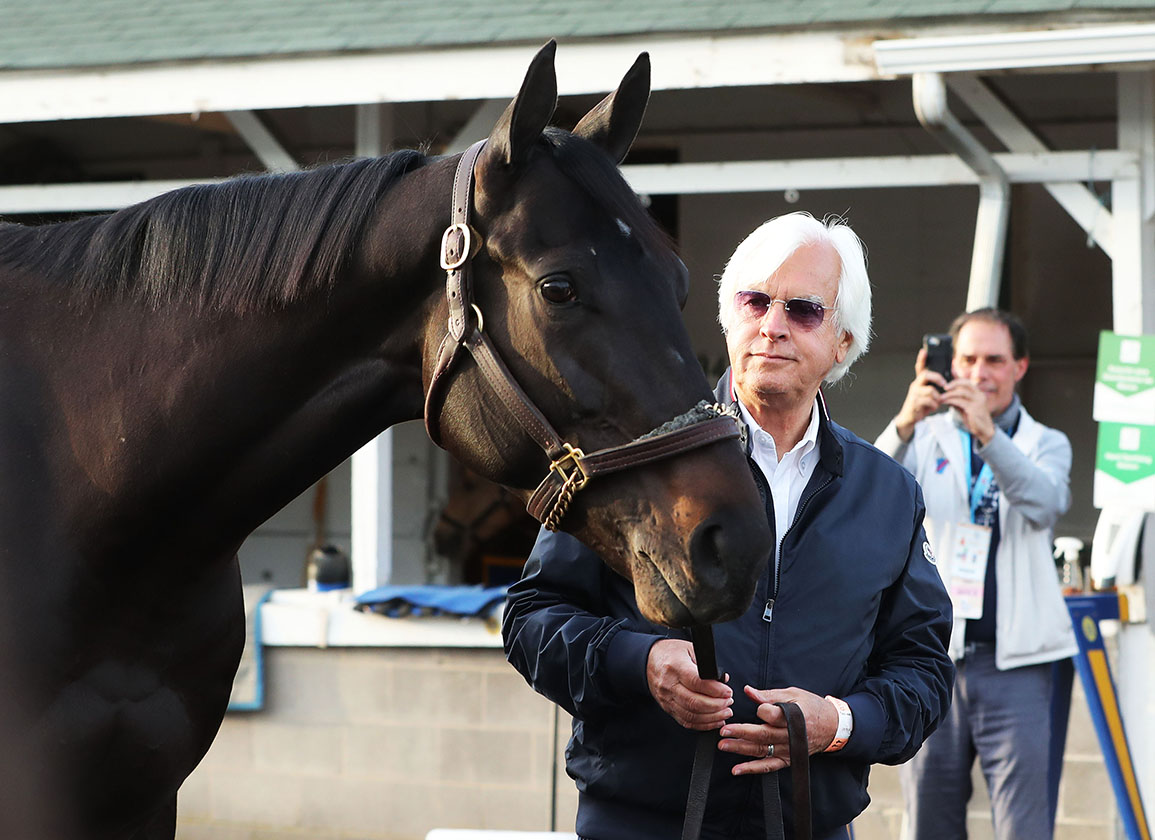 Trainer Bob Baffert filed a motion Wednesday asking a federal judge to hold the New York Racing Association (NYRA) in civil contempt for trying to schedule a hearing under its newly created exclusionary procedures that could once again bar him from participating at NYRA's tracks.

The basis for the contempt allegation is NYRA's “failure to comply with the terms of the Court's July 14, 2021, Memorandum & Order enjoining it from enforcing its unlawful suspension of Baffert from New York racetracks.”

According to a Sept. 22 filing by Baffert's legal team, “NYRA seems to believe now that it can simply offer a sham hearing and get around the Court's ruling by creating rules after the fact.”

The seven-time GI Kentucky Derby-winning trainer with a history of highly publicized equine drug violations wants the court to issue an order “staying NYRA's renewed attempt to suspend him.”

Baffert is also requesting that the court “admonish NYRA for its behavior” and immediately order it to 1) Cease and desist from all conduct concerning or relating in any way to any suspension of Baffert until after the full conclusion of the case; 2) Order NYRA to pay a $5,000 fine for each day that it does not comply with the court's directives; 3) Reimburse Baffert for his attorneys' fees and court costs related to the new motion for contempt.

“Baffert's requests are reasonable given that NYRA's violations were plainly taken in bad faith,” the trainer's legal team wrote. “The Court has already warned NYRA concerning its efforts to suspend Baffert indefinitely and without due process of law. Clearly, and despite the existing injunction, NYRA believes it may nonetheless disregard any traditional constitutional safeguards and proceed however it wants. This behavior is precisely what Baffert's injunction was intended to halt.”

Patrick McKenna, NYRA's communications director, told TDN via email that all actions taken by NYRA have been in compliance with court orders.

Wednesday's filing is the latest salvo in the increasingly litigious saga that began May 17 when NYRA informed Baffert via letter that he was temporarily not welcome to stable or race at Saratoga Race Course, Belmont Park and Aqueduct Racetrack because of his string of recent equine drug positives.

NYRA's banishment came 16 days after the Baffert-trained Medina Spirit (Protonico) tested positive for betamethasone after the colt won the GI Kentucky Derby. Even though that case has still not resulted in any Kentucky ruling against Baffert, in the 12 months prior to Medina Spirit's positive, four other Baffert trainees also tested positive for banned substances, two of them in Grade I stakes.

Baffert responded June 14 by filing a civil complaint alleging that the NYRA ban violated his constitutional right to due process.

On July 14, the eve of the lucrative Saratoga season, Judge Carol Bagley Amon of United States District Court (Eastern District of New York) granted Baffert a preliminary injunction that allowed him to race at New York's premier tracks until the lawsuit was adjudicated.

But Amon also wrote in that ruling that “Baffert should have been given notice of all of the reasons that NYRA intended to suspend him….[The] benefits of providing notice and a pre-suspension hearing would likely have been substantial.”

In the wake of that ruling, NYRA has since drafted and distributed a new set of rules and procedures for holding hearings and issuing determinations designed to suspend licensees who engage in injurious conduct.

After those rules were made public, NYRA, on Sept. 10, wrote a letter summoning Baffert to appear at a video conference hearing Sept. 27. (Separately, NYRA had already moved for dismissal of the entire lawsuit).

On Tuesday, Baffert's legal team submitted a letter to the judge that gave notification that a contempt filing was imminent. That letter also asked for a pre-motion hearing on the subject.

But Judge Amon–as she has already done once in this case when NYRA's attorneys made a similar request for a pre-motion hearing on another matter–nixed the idea of adding another time-consuming appearance to the growing court docket in this case.

In a handwritten note penned atop the Sept. 21 letter from Baffert's legal team, Amon wrote that there would be no pre-motion conference, and that Baffert's attorneys instead had to file any “contempt” motion by 10 a.m. Sept. 22. NYRA then would have one week to respond to it.

The Wednesday filing emphasizes three key points for why the judge should find NYRA in contempt: “A) The Court's Order is clear and unambiguous…B) NYRA's recent actions are clear and convincing evidence of noncompliance with the Court's Order…C) NYRA's actions are not an attempt to comply in a reasonable manner.”

“[NYRA's] newly created rules make clear that the notice of hearing is required to include the 'proposed penalty being sought.' Nothing in its 12-page letter and notice to Baffert makes any reference to the length of the suspension NYRA seeks to impose. The Court has already found this to be problematic…. This is the exact same thing NYRA seeks to do again-impose an indefinite suspension…All of these deficiencies in NYRA's newly implemented procedures indicate why due process is so important…

“Further, Baffert cannot reasonably expect a fair proceeding when NYRA controls the outcome of the hearing, refuses to tell him what punishment he may face and gives him no right to appeal. Due process plainly requires 'notice and an opportunity to be heard at a meaningful time and in a meaningful manner,'” the filing continues. “None of those basic components have been met here, which is the entire reason Baffert brought this action against NYRA in the first place.”