Australian Flavour On The Track and On The Rails 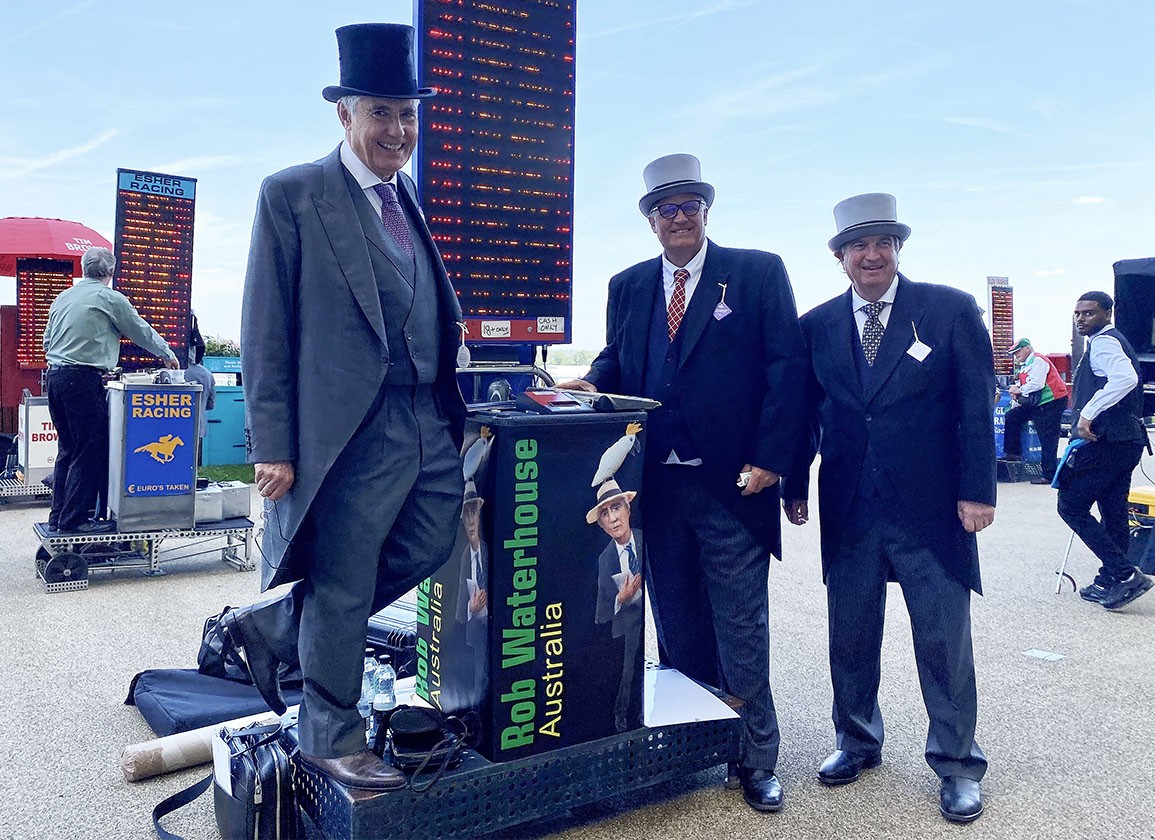 Royal Ascot has burst back to life after the two muted years of Covid, with one of the most welcome aspects of this year's meeting being the return of the Australians. The Antipodean participation is not confined to horses, owners, and trainers, however, as among the throng of the betting ring is an unfamiliar name to British punters but one which is very well known on the tracks of Sydney, Melbourne and beyond.

Robbie Waterhouse, husband of legendary trainer Gai, has set up his bookmaker's pitch in the Queen Anne Enclosure between the track and the grandstand and reported a successful first day of trade in completing a long-held dream to operate at the meeting.

“I've been to many Royal Ascots and enjoyed them all but I must say I would rather be working rather than sipping Champagne, as nice as that is, and as nice as my wife is,” he said. “I tried to buy a pitch four years ago and couldn't, and then we were thwarted by Covid, so it is wonderful to be here.”

The meeting got off to a terrific start for Australia when the Chris Waller-trained Nature Strip (Aus) (Nicconi {Aus}) blazed to success in the G1 King's Stand S., and there was more to come on Wednesday when Australian-born Jane Chapple-Hyam trained her first Royal Ascot winner, Saffron Beach (Ire) (New Bay {GB}) in the G2 Duke of Cambridge S. Waterhouse, too, was enjoying a successful run.

“I did manage to win which is the main idea,” he said. “I lost too much to my clients on the Australian horse, which can't be helped.”

Comparing working at Ascot to his homeland, he added, “I hate to say it but I think it's almost better than Australia on the metric of the number of bookmakers at work. We've got 253 at work here and probably only a dozen in Australia. The average age of bookmakers is also much younger here, and I think the fact that we are in front of a crowd is a huge advantage to us.”

He also admitted to pacing himself in order to get the marathon five-day trip.

Waterhouse said, “I've cancelled all my social events this week to be here every day. My very obedient wife had my dinner on the table at the hotel waiting for me last night, but I did set the alarm for 2am and I'm looking forward to the rest of the week.”