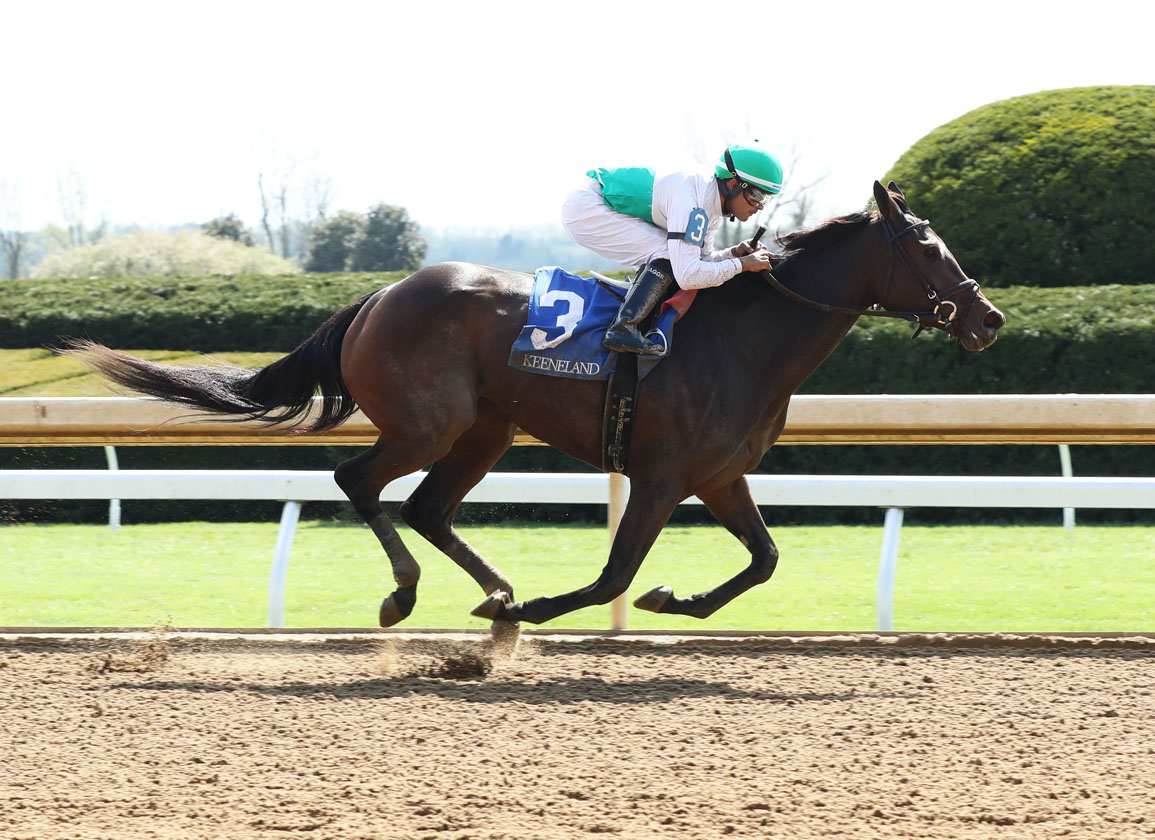 6th-Keeneland, $109,450, Alw (NW1X), Opt. Clm ($80,000), 4-22, 3yo, f, 7f, 1:24.11, ft, 2 3/4 lengths.
MOUFFY (f, 3, Uncle Mo–Truly Together {GSP, $119,760}, by Smart Strike), pounded into 7-10 favoritism off a big-figure runner-up effort when trying conventional dirt for the first time at Gulfstream Park Feb. 20, gave her backers some anxious moments as she raced in heavy traffic down the backstretch, but the homebred bay took advantage of an inviting opening at the fence when heads were turned for home and quickened up nicely to clear her first allowance condition by a convincing margin. A bit hesitant to begin from gate three, the bay was outsprinted early and settled in the second flight of horses as she traveled in fifth or sixth position in a bunched field to the turn. Ridden along to come after the leaders nearing the stretch, Mouffy accelerated while hugging the fence, opened an unassailable advantage into the final furlong and kept on well to take it by 2 3/4 lengths. Mouffy, a winner on debut over the Gulfstream synth Jan. 8, is the first produce for her dam, third in the GIII Lambholm South Endeavour S. and herself a daughter of Strawbridge's Eclipse Award and GI Breeders' Cup Filly & Mare Turf winner Forever Together (Belong to Me). Truly Together is also the dam of a 2-year-old colt by Quality Road and a yearling full-brother to Mouffy. Lifetime Record: 3-2-1-0, $109,635. Click for the Equibase.com chart or VIDEO, sponsored by TVG.
O-Augustin Stable; B-George Strawbridge (KY); T-Jonathan Thomas.