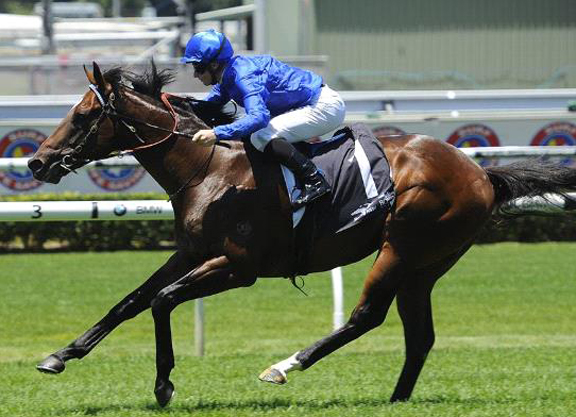 “We have liked him and it is very rewarding for the tram at Osborne [Park] to produce him and to come here and win,” commented trainer John O’Shea to Racing and Sports. “It was nice to get the job done. The progeny always like a bit of headgear so we have that up our sleeve, but he has done a really good job, it is a great family and Medaglia d’Oro has been a tremendous stallion for us.”

Continued O’Shea, who regards Astern as the operation’s best juvenile colt, “It is a fast running family. He has been a magnificent specimen the whole way along and we just hoped that he runs as well as he looks. He has some learning to do and he can go and have a freshen up now and come back for the autumn.”