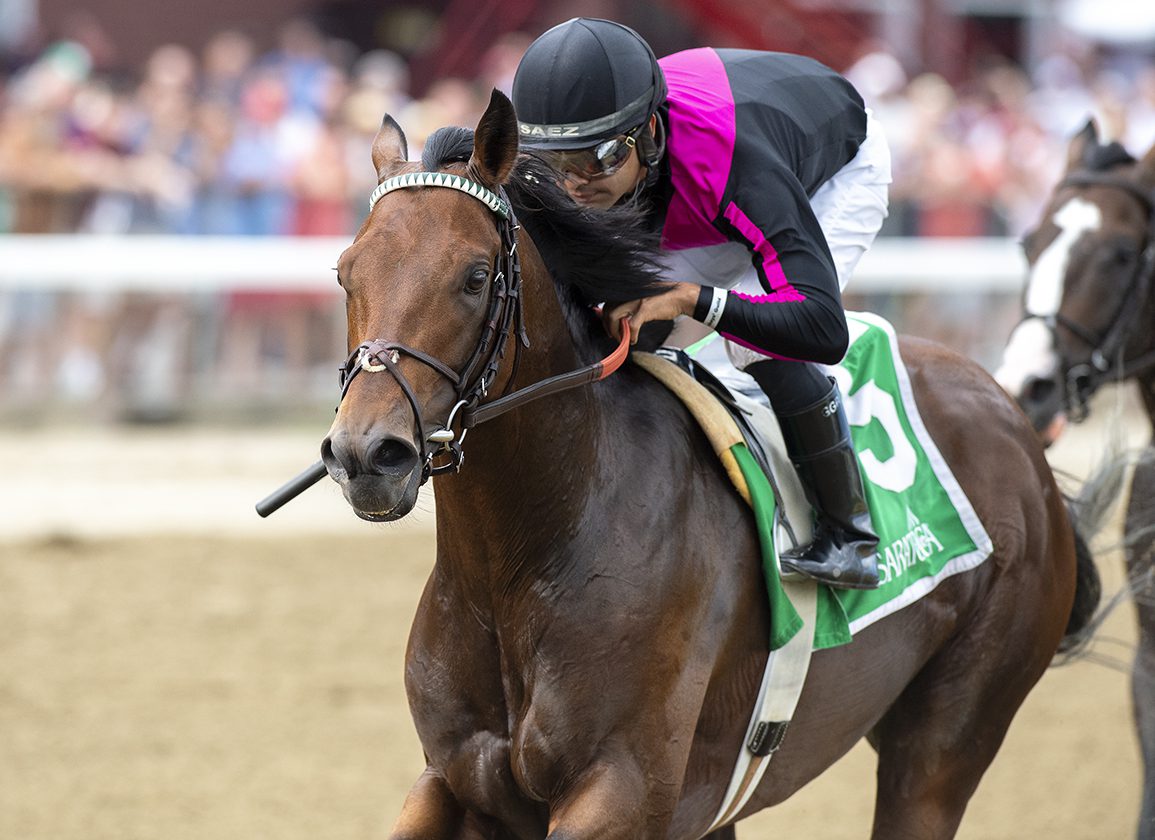 In just his second start of the year, Art Collector returned from a poor showing overseas to take his successfully defend his title in Saratoga's Alydar S.

Beaten home by all but two in the G1 Saudi Cup Feb. 22, last year's GI Woodward S. winner returned to the United States and took his time regaining the form that saw him win three straight races in 2021 for Bill Mott, each with Beyer Speed Figures over 100 before fading off the pace late to finish 14 1/2-lengths behind Knicks Go (Paynter) in the GI Longines Breeders' Cup Classic Nov. 6.

The heavy 4-5 favorite for Thursday's event, Art Collector strode forward to set the pace three wide outside of Bal Harbour (First Samurai) and Chess Chief before clearing that duo as they turned up the backstretch.  Through an easy opening quarter in :24.60, Art Collector relaxed nicely on the front end and when Luis Saez looked over his shoulder going into the far turn, he saw Joel Rosario already hard at work on Masqueparade with no other real threat looming. Still under an easy hand ride down the lane, Art Collector cruised home to a two-length win with his ears pricked on the line.

Art Collector, whose 3-year-old half-brother Legionnaire (Into Mischief) broke his maiden July 16 at Ellis Park, is out of a GISP half-sister to Bruce Lunsford's MGISP and 1999 GI Belmont S. hero Vision and Verse (Storm Cat). Distored Legacy has an urnaced 2-year-old named Classic Legacy (Into Mischief), a yearling filly by Justify, and a weanling filly by Medaglia d'Oro. She was bred back to Gun Runner for the 2023 season. Click for the Equibase.com chart or VIDEO, sponsored by TVG.