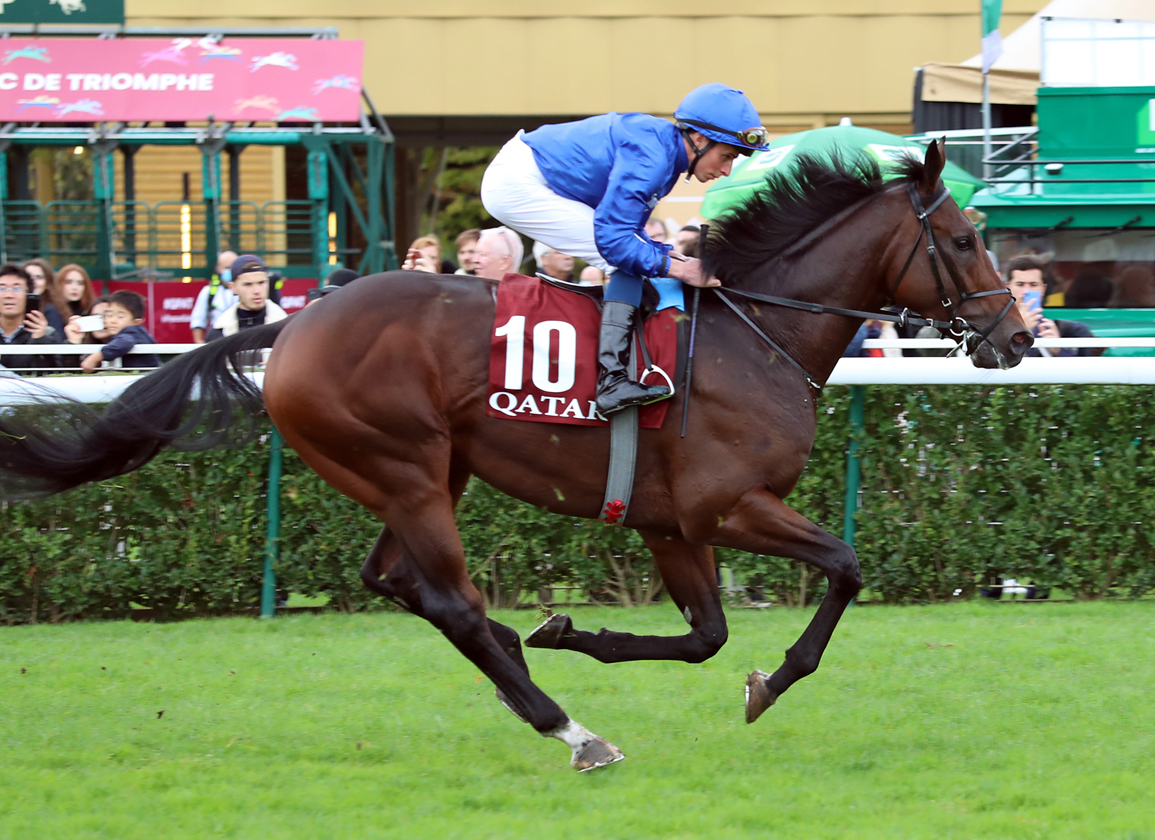 “Going forward the plan would be to start him off in the Coronation as we know he can handle the track, so he's ticked one box, and the trip,” Appleby said. “So he'll head to the Coronation and hopefully we'll look towards the King George again and if we're lucky enough to tick one of those boxes then the view will be taken by myself and the team whether to contemplate coming back in trip and taking in the Juddmonte International.

“Hurricane Lane has stamina in abundance, while this lad has won a Derby and a King George, as he's got stronger he's got quicker. This time last year he was still very raw, now he's mentally in a very good place and physically I cannot fault him. He's a year older and a year wiser and he's a true professional now.”

Victorious in the G2 Dante S. in May prior to his Derby third in June, Hurricane Lane then rattled off wins in the G1 Dubai Duty Free Irish Derby later that month and in the July 14 G1 Grand Prix de Paris. He added another Classic to his haul with a win in the Sept. 11 G1 Cazoo St Leger at Doncaster one start before his Arc placing. His long-term goal will be another crack at the ParisLongchamp showpiece.

Added Appleby, “Hurricane Lane had a tough season but he's thrived through the winter and we're very much working back from the Arc this year. “The plan is to head to the [G2] Hardwicke [S.] at Royal Ascot first, potentially the [G1] Grand Prix de Saint-Cloud [on July 3] and then a trial for the Arc.

“He's just starting to pick his work up now and we're looking forward to Royal Ascot and seeing him in action in the Hardwicke. He's going to be a force to be reckoned with this year, the one thing about him is his versatility.”

“He'll have an international campaign, we've earmarked the Man o' War S. at Belmont in the middle of May and if we get a result there we could look at something like the [GI] Sword Dancer [upstate at Saratoga].”

Trio of Classic Hopefuls Lining Up

There are a few colts sporting the royal blue headed for G1 QIPCO 2000 Guineas pointers from Moulton Paddocks, and they are led by 2021 Cartier Champion 2-Year-Old Colt Native Trail (GB) (Oasis Dream {GB}). A flawless four-for-four, the colt broke his maiden at first asking, before running out the victor in the July 10 G2 bet365 Superlative S. and the G1 Goffs Vincent O'Brien National S. at The Curragh on Sept. 12. His 2021 finale was a two-length victory in the G1 Darley Dewhurst S. at Newmarket on Oct. 9.

“It's not the first time we've had a champion 2-year-old but the one thing missing off the Moulton Paddocks CV is a 2000 Guineas winner,” Appleby reflected.

“Native Trail was a man against boys last year. As some of the old school used to say, the Guineas can be the last 2-year-old race of the year and if the Guineas was next week I'd be pretty confident he'd be a stride in front of the crew at the moment.”

Another pointing for the first colts' Classic of the year in the UK is the G3 Emirates Autumn S. hero Coroebus (Ire) (Dubawi {Ire}). He will return in the G3 Greenham S. on Apr. 16, while Native Trail will head for the G3 Craven S. three days earlier.

“We'll look to the Craven with Native Trail and the Greenham with Coroebus. Both of them have won on the Rowley Mile so that won't be an excuse,” said Appleby. “Coroebus has a lot of pace so running him in the Greenham will hopefully help him race the right way round.

Appleby added of GI Breeders' Cup Juvenile Turf hero Modern Games (Ire) (Dubawi {Ire}), “Modern Games will head to Newcastle for the Burradon S. If we're lucky enough to achieve what we hope to achieve in the other trials then he might go to France or even Ireland.”