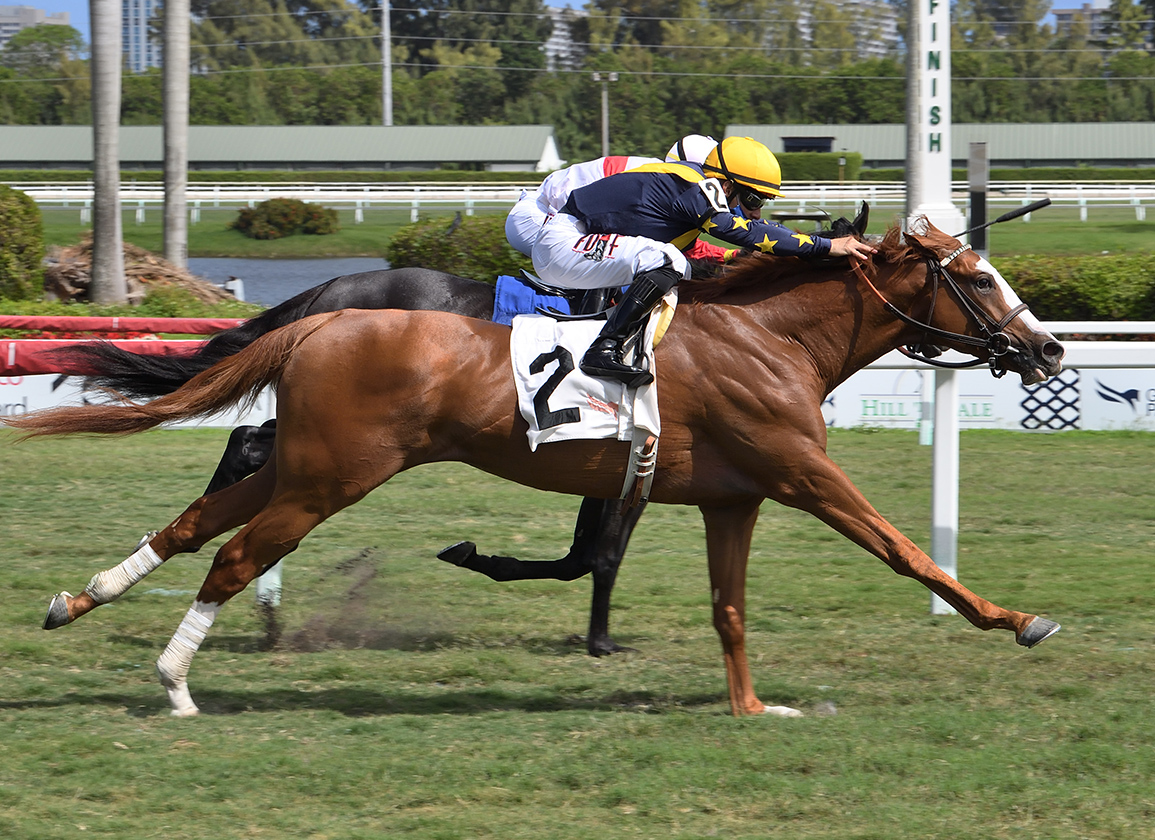 'TDN Rising Star' Annex (Constitution), a disappointing eighth as the favorite in the GII American Turf S. at Churchill Downs May 1, adds blinkers for Friday evening's GII Penn Mile S. at Penn National. The chestnut was perfect in his previous three trips to the post, including narrow wins in the Palm Beach S. Feb. 27 and Cutler Bay S. Mar. 27.

The speedy Original (Quality Road) collected third in his previous two attempts in the GIII Kitten's Joy S. Jan. 30 and Woodhaven S. Apr. 17. He will be on the engine from his inside draw with Hall of Famer John Velazquez riding.

Chess's Dream (Jess's Dream), winner of the Kitten's Joy and third-place finisher in the Palm Beach, was seventh at 20-1 in the American Turf.