An Open Letter to the Industry on Environmental Contamination 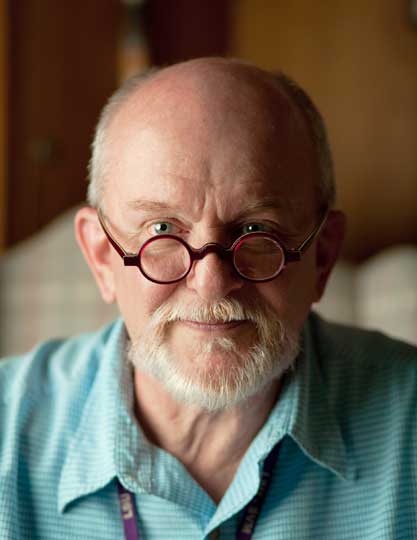 by Eric Hamelback and Dr. Steven A. Barker

On behalf of owners and trainers in every jurisdiction, we would like to address comments made during a recent Kentucky Horse Racing Commission meeting regarding the dismissal of several dextrorphan cases. Dr. Mary Scollay, who serves in an advisory capacity for the KHRC as its equine medical director, told those regulators that environmental contamination as a source had nothing to do with three violations for the presence of dextrorphan in urine being thrown out.

After publicly thanking the KHRC last month for taking the lead on the significant issue of environmental contamination, something horsemen deal with on a day-to-day basis, we find Dr. Scollay's comments disappointing. We believe Dr. Scollay is mistaken regarding elements of environmental contamination. Yet in explaining why the cases were dismissed, she also established a sensible policy change.

Dextromethorphan, which is metabolized to dextrorphan in horses and humans, is a common ingredient in over-the-counter cold and cough medications. Evidence in at least one of the dismissed cases showed that an individual handling the horse had been using such remedies, raising the likelihood that traces of the medication inadvertently transferred to the horses.

Dr. Scollay, in the commission's open meeting and afterward in a recorded follow-up interview, maintained environmental contamination only applies to feed and bedding. “These cases were not rescinded because of a determination of environmental contamination,” she told the KHRC. “You likely have seen that in some of the trade press, and that was a conclusion made by someone who was not party to the discussion.”

However, Dr. Scollay never actually told the commission in the public meeting why the cases were rescinded. When asked about it immediately afterward, she said, “they were dismissed because we determined a therapeutic dose would have to be administered 48 or more hours prior to sampling, and we determined that would have been irrelevant” to performance.

Dr. Scollay credited a new study by University of California, Davis, on how dextromethorphan and its metabolite dextrorphan break down and are excreted in horses with providing the information that led to determining there was no positive finding for regulatory purposes.

She acknowledged she couldn't say when the dextromethorphan might have been administered. When it was pointed out the medication theoretically could have been given five minutes before the horse went to the paddock, she said, “It could have been. And then it would have been a minuscule dose” but not necessarily a violation because there would be no impact on performance.

“The commission acted very reasonably after getting more information,” she said. “The horsemen benefited from that information.”

On this, we absolutely agree.

The whole episode came to light in Kentucky because owner Nina Hahn appealed the disqualification of her horse Covert Gem from victory in a Nov. 28, 2015, race at Churchill Downs and trainer Michael Ann Ewing appealed the stewards' ruling suspending her for 30 days and fining her $500 for a dextrorphan positive.

The UC Davis findings, published in September of 2016, were included in expert testimony contained in a Motion to Dismiss filed Oct. 28, 2016, by Hahn and Ewing's attorneys, Joel Turner of Louisville and Michael Meuser of Lexington. The motion also charged KHRC personnel with improperly ordering the testing of the post-race blood sample after the stewards' hearing was completed without notifying the complainants, and then misinterpreting a result that actually exonerated them, with the stewards using that misinformation in determining sanctions.

These charges certainly could have been enough motivation to drop the cases. It's interesting that Dr. Scollay said the legal filings played no role in the dismissals, with the sanctions and disqualifications rescinded by the stewards Jan. 5, 2017.

“We found it,” she said. “We chose to act responsibly and relieve (the complainants) of the burden.”

However, because neither dextromethorphan nor dextrorphan are permitted substances for racing and previously any finding was considered a positive regardless of concentration, this clearly represents an overdue departure from previous KHRC policy.

The comment that the amount found is pharmacologically irrelevant, even if dosed very close to a race, represents very new thinking in Kentucky. New and welcomed thinking for those of us sounding that drumbeat for years: environmental substances, including those brought to the environment by humans, are real and cut-offs for them should be established by appropriate research. Racing does itself a disservice when it obsesses over minuscule levels of transferrable substances that can't impact a horse's performance.

It is quite reasonable for the KHRC to use this new, enlightened precedent going forward. It  is unrealistic to believe any employer can completely control their employees' every move and what traces of substances they might have on their body, ingest or excrete in a stall, let alone what occurred within their stable's environment before their arrival.

“If somebody had dextromethorphan on their hands and put their hands in their horse's mouth, I'm not buying that's environmental contamination,” Dr. Scollay said after the commission meeting. “That's sloppy management.”

That also would apply to a track or state employee, such as the identifier checking a tattoo, she said.  All that would create an impossible standard for trainer compliance.

The observations of Ted Shults (J.D., M.S., founder of the American Association of Medical Review Officers) are particularly relevant. Shults, an acclaimed expert in human forensic drug testing, has worked as an attorney and research toxicologist, as Corporate Counsel and Director of Legal Affairs for CompuChem Laboratories, and for the Department of Justice and the Department of the Army.  Shults, who began his Forensic Toxicology training working with horses at the University of Kentucky's Maxwell H. Gluck Equine Research Center, notes that “it has been a slow process to educate racing authorities worldwide on the necessity to establish research-based pharmacologically relevant cut-off levels for Endogenous, Dietary and Environmental Substances [EDEs], something that is taken much more for granted in human drug testing.”

Dr. Scollay parses environmental contamination's definition and splits hairs. Using her interpretation, wouldn't contamination of such sources as feed and bedding also be considered “sloppy management” by the producers?  If so, trainers would have to analyze every feed and bedding source as well as every stall before use, while having employees wear biohazard suits.

The fact is, we do not know whether the source of dextrorphan in these cases was environmental contamination or not. According to Dr. Scollay if environmental substances were prevalent, we would see more positives for common substances such as caffeine, nicotine, over-the-counter and prescription medications. “They are not showing up in post-race samples,” she said. Sounds like good management to us.

With all due respect, Dr. Scollay is not an analytical chemist, and she misinterprets research conducted to assess the contributions of environmental contamination to positive findings.

For example, a study conducted at Louisiana State University demonstrated that there is a low-level background of substances of human and veterinary therapeutic drug origin on the backside of the race track, which included low levels of the anti-inflammatory drug flunixin in the dirt under the bedding. Dr. Scollay has stated several times that this proves horses would have to eat several tons of dirt to be found positive. That interpretation is simply wrong. The study actually avoided areas with drug levels sufficient to cause a horse to be found positive via contamination, addressing the general background of environmental contaminants.

There are other reasons more environmental contamination positives are not frequently reported. One major reason is laboratories utilize in-house or regulatory thresholds and screening limits. These have been established to account for persistent and frequent substances found in the environment that produce no pharmacological effect. That is why thresholds have been established for caffeine, cocaine, etc. Further, in order for a positive to occur, the exposure must be of sufficient dose, it must occur at a time close enough to the race, and the horse must go to the test barn. The proper combination of these factors is random, and they lower the frequency with which such exposures are observed.

However, we do not want to lose sight of the point here. In throwing out the three cases, KHRC has taken the initiative to establish a de facto environmental substance cut-off for dextrorphan. Dr. Scollay has opened the gates to a defense for many recent, future and even past cases. Extended to other such substances, we can also expect such a consideration of no-effect levels in future cases.

That's very good for the horsemen and the industry.

Eric Hamelback is the chief executive officer of the National Horsemen's Benevolent & Protective Association. Prior to his graduation from Louisiana State University in 1993 with a Bachelor of Science in Animal Systems he launched his extensive career by working hands-on in racetrack and training center backside settings and as an equine herd manager at the LSU School of Veterinary Medicine. After serving as yearling manager for both Prestonwood Farm and Adena Springs, he progressed into general manager for Charlotte Weber's Live Oak Stud before returning to Frank Stronach's Adena Springs Farm, closing out his tenure there as general manager.

Dr. Steven A. Barker is one of the world's foremost experts in equine drug testing and research, including pioneering work in environmental contamination. He served as director of Louisiana State University's Equine Medication Surveillance Laboratory and State Chemist for the Louisiana State Racing Commission for 29 years until retiring from that post a year ago. He remains as Professor Emeritus in Veterinary Comparative Biomedical Sciences at LSU. He holds a doctoral degree in Chemistry/Neurochemistry from the University of Alabama in Birmingham.