Amid Repairs, New Date for Racing at Laurel Now Dec. 16 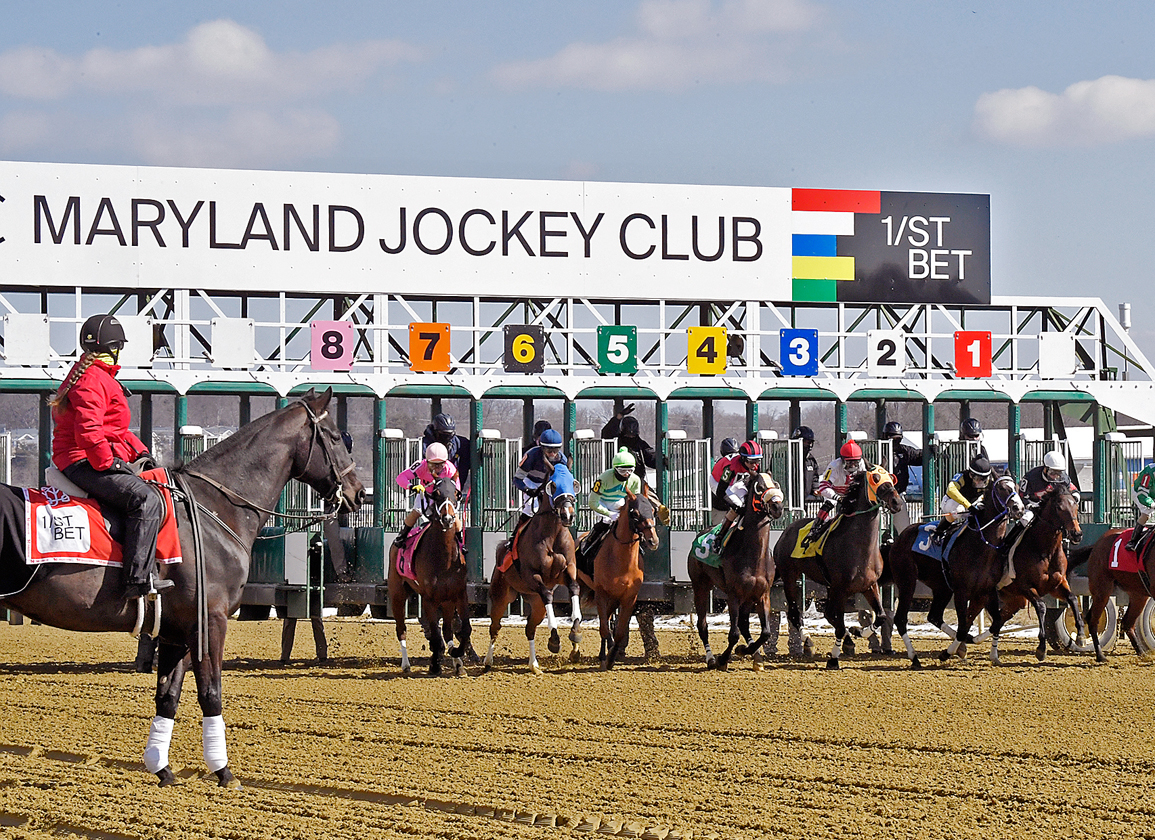 The new date for the resumption of racing at Laurel Park has now been pegged as Thursday, Dec. 16, with timed workouts expected to resume Friday, Dec. 10.

Both targets are pending a satisfactory safety review of the extensive base and cushion work now being done on the troubled main dirt surface at Maryland's most heavily used Thoroughbred venue.

With the exception of light training that continues to take place around cordoned-off areas of the dug-up oval, Laurel has been closed for racing and timed works since Nov. 28.

Seven Laurel horses have died since Nov. 6, and eight total have perished this autumn, all after sustaining fractures while racing or training over a completely new multi-million-dollar surface that had been installed over the summer.

Executives from The Stronach Group (TSG), which owns Laurel, were called before the Maryland Racing Commission (MRC) on Tuesday to explain the repair process and to face verbal grilling about why the problems escalated in the first place.

“There are seams that are being made in the base during starts and stops,” Mike Rogers, the president of TSG's racing division, said during the Dec. 7 meeting. “So our working theory is that some moisture got into [a seam in the homestretch] before it was able to cure, and it caused a slight depression.”

Rogers said that part of the repair job has been fixed, and now a consensus plan among “experts” hired by both the track and the Maryland Thoroughbred Horsemen's Association (MTHA) is underway to “add body to the cushion” by working sand into the mix.

John Passero, who years ago was Laurel's superintendent, has been retained by the MTHA as a consultant. He told the commission that the game plan outlined by Rogers should put the track in the “right direction” to resume racing and full training.

“All that happened was, as they started withdrawing water from the track, the cushion failed to do its job,” Passero said. “That was the long and short of it.”

Passero continued: “What's happening now is they're putting body back into the cushion, which [is] a little bit of a coarser sand that you can walk across the top of that will stop the horses from hitting the hardpan hard. That's the whole thing in a nutshell, and that's what they're aiming for now. The quicker you get that washed, clean sand into the track, the better off it's going to be.”

As expected, TSG officials faced considerable verbal blowback from commissioners. The key points revolved around the perception that TSG's reliance on scientific methods is occurring at the expense of not listening to the experienced opinions of riders and trainers. Commissioners also wanted to know what “measurable objectives” will be used to ensure safety moving forward.

Audio difficulties with the meeting's internet feed rendered large portions of the testimony unlistenable, and commissioners did not always identify themselves when speaking, making direct attributions difficult.

“We are all in this together,” said MRC chairman Michael Algeo. “The industry depends upon racing. We don't–need–negative–stuff,” he stressed, accentuating those final few words to make his point.

“Nobody's excluding anybody here,” Algeo continued. “It's a collaborative approach. I think we need both [science and experience]. No one's rejecting science. But when you have the science and something's not working, then you've got to scratch your head and go, 'Houston, we have a problem.'”

The cluster of fatalities is the latest safety blow at Laurel. The main track was in such bad shape last spring that Laurel ceased racing on Apr. 11 to begin an emergency overhaul of the main track, which got rebuilt from the base up over the course of four months while the race meet shifted to TSG's other track in the state, Pimlico Race Course.

Rogers said that, “Feedback from the trainers and the riders is critical. We welcome it, and we take it serious.”

But TSG's chief operations officer, Aidan Butler, said that ultimately, track executives have to take responsibility for the decisions that get made.

The commission will meet again Dec. 14 to decide whether or not the final approval for the resumption of racing will be granted.