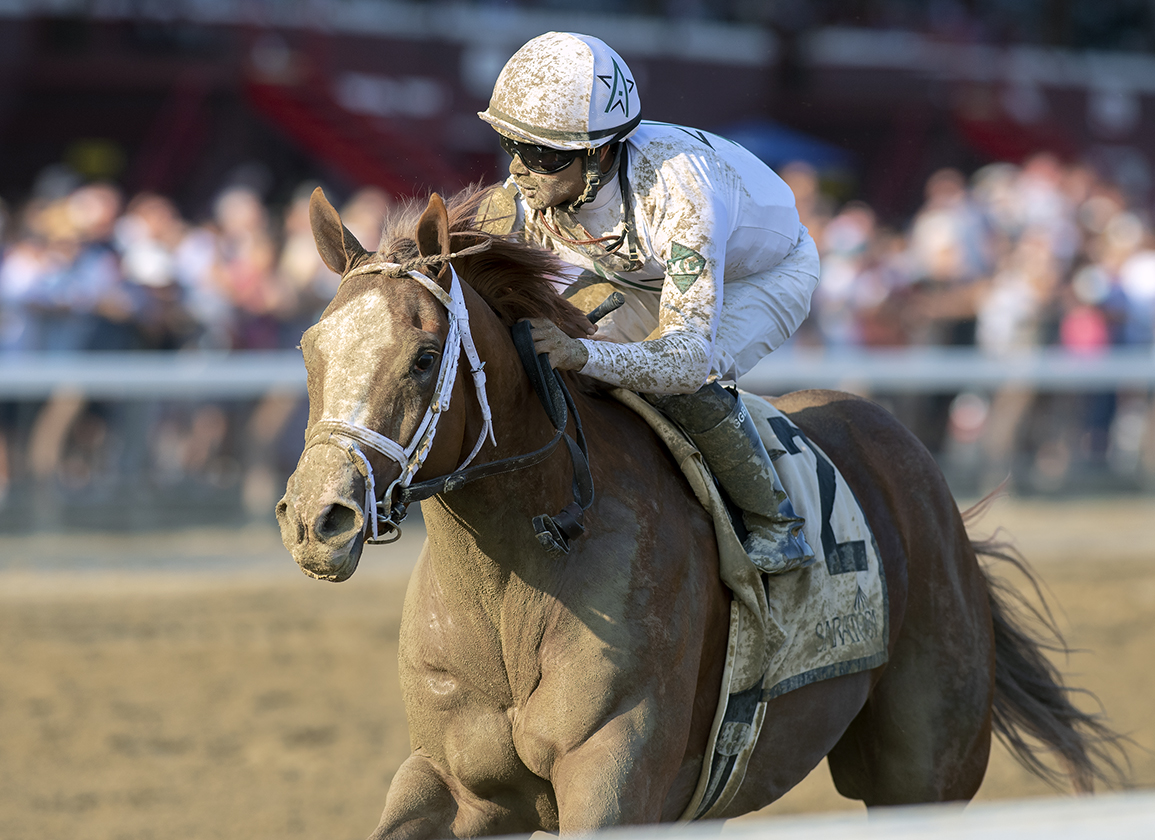 Americanrevolution (Constitution)'s rapid development last season earned him New York-bred Horse of the Year and champion 3-year-old male honors during the New York Thoroughbred Breeders Inc.'s Annual Awards Ceremony on Friday, Aug. 12 at Fasig-Tipton's Humphrey S. Finney Sales Pavilion. Bred by Fred Hertrich and John Fielding and owned by CHC Inc. and WinStar Farm, Americanrevolution went from a maiden in June to a Grade I winner by December to lock up his championships.

The 2021 New York-bred Horse of the Year and divisional champions were chosen by a vote of New York turf writers, handicappers, photographers and television and radio hosts and analysts conducted by the NYTB. The Awards Ceremony returned to an in-person event for the first time since 2019.