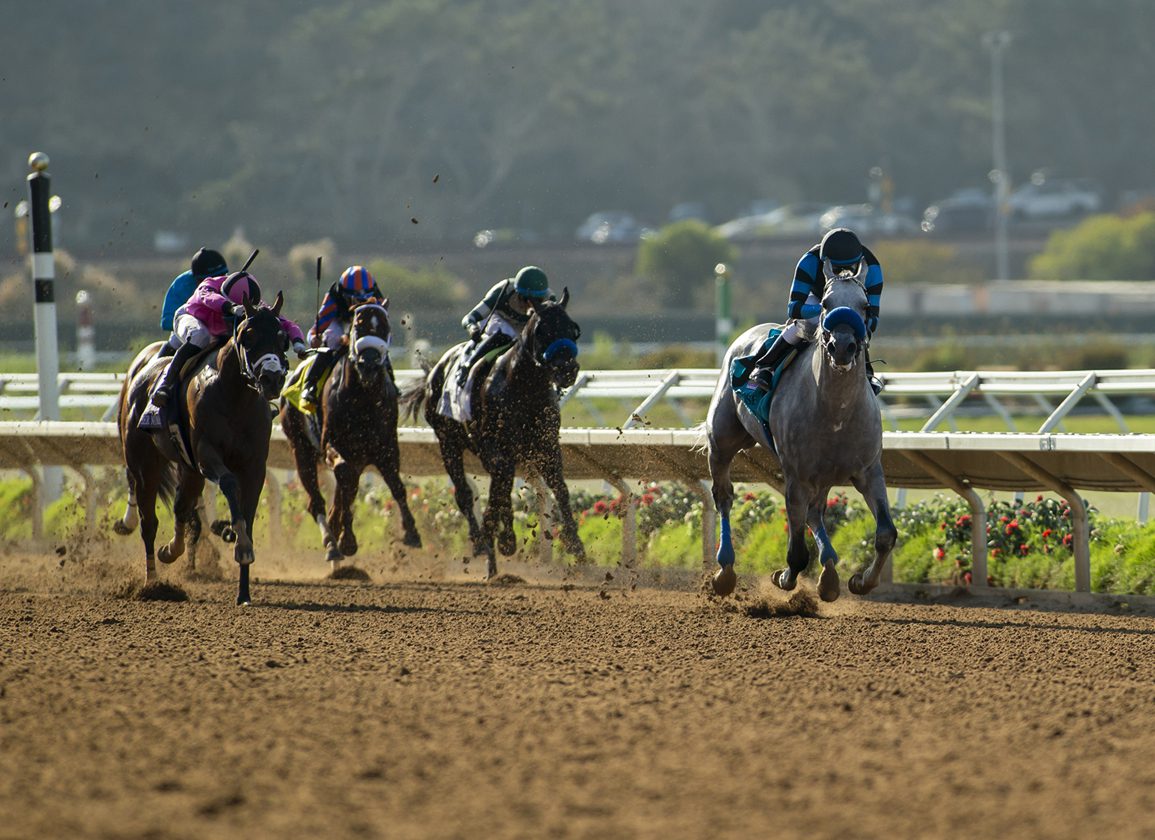 American Theorem (American Pharoah), a narrow last out winner of the GII Triple Bend S. at Santa Anita May 29, punched his ticket to the GI Breeders' Cup Sprint with an upset victory in the 'Win and You're In' GI Bing Crosby S. at Del Mar.

Away at 7-1 while looking to provide trainer George Papaprodromou with a first Grade I victory, the runner-up in the 2019 GI American Pharoah S. kept the early leaders within his scope from his outside draw in sixth. He ranged up while five-wide rounding the far turn, hit the front at the top of the stretch and was never seriously threatened by the late rally of Get Her Number (Dialed In). Letsgetlucky (Munnings) was third.

A debut winner at two over the Del Mar main track, the gray ended a nine-race losing streak when cutting back in distance for the seven-furlong Triple Bend. He was a well-beaten sixth in both the GII San Pasqual S. and GI Santa Anita H. earlier this year.

In four North American crops of racing age, Horse of the Year and Coolmore stallion American Pharoah has 14 graded winners among his 27 black-type winners. American Theorem is the newest of his six Grade I winners, joining that highest-level group of As Time Goes By, Harvey's Lil Goil, Van Gogh (in France), Above the Curve (in France), and Cafe Pharoah (in Japan). A number of different broodmare sire lines are represented among American Pharoah's GISWs, with American Theorem his lone black-type winner out of a Maria's Mon mare. The late Maria's Mon, the source of American Theorem's gray coloring, was a sneaky-good sire who was responsible for two GI Kentucky Derby winners and is broodmare sire of 65 stakes winners.

The unraced Mighty Renee has produced five black-type performers out of her seven foals to race, including another Del Mar graded winner in 2011 GIII Sorrento S. victress Mighty Caroline. Her most recent foal is $210,000 Keeneland September yearling Captain Choochies (Classic Empire), an unraced now-2-year-old colt who worked July 28 at Del Mar, getting three panels in :36.60 (6/15). Mighty Renee's dam was also unraced, while her granddam was MGISW Over All (Mr. Prospector). Over All's extended family includes another Mr. Prospector star in Conquistador Cielo, 1982's Horse of the Year.