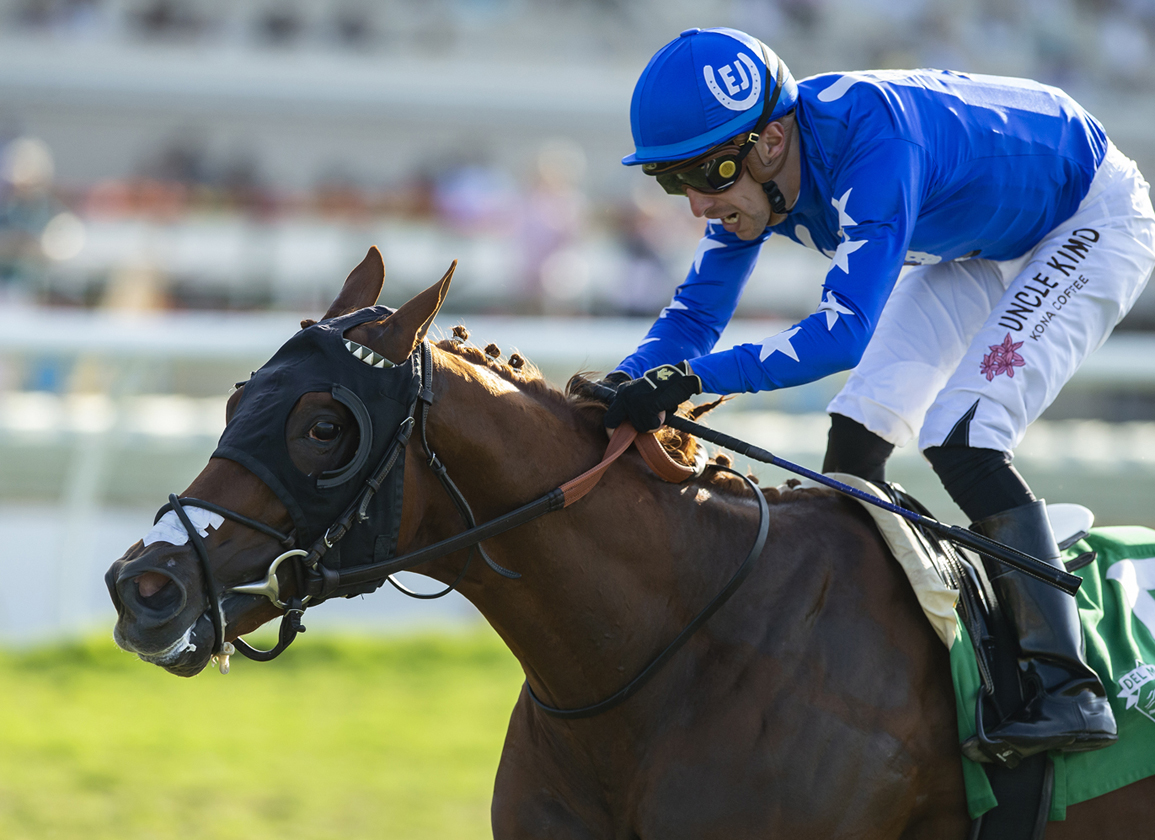 “[Trainer] Doug [O'Neill] just basically told me to ride him with confidence,” said Hernandez. “We were doing OK until we got to the far turn and I felt him get a little lazy on me. So when we went for home and he changed leads, I hit him left-handed with the stick on time and he jumped back into it. From there we just went on with it. He's a nice horse and the way he finished out today, I think he'll like to run on.”

The 21st stakes winner for Triple Crown winner American Pharoah, Mackinnon was a $200,000 purchase at last year's Fasig-Tipton Selected Yearling Showcase and was originally an RNA at Fasig-Tipton Gulfstream after breezing a furlong in :10 2/5. He later sold for $285,000 in a private transaction.

Fourth on debut sprinting 4 1/2 panels at Santa Anita May 9, Mackinnon was runner-up in an Arcadia turf sprint June 11 and graduated over course and distance July 31.

“He broke his maiden in a manner that we were hoping this day would come, but you never know,” O'Neill said. “So much credit to the owners being so patient and Juan being so patient with this colt. I was a little bit concerned as the race unfolded. I knew that Optimising was the X-factor. I knew he was in from Europe and had been working well and had great connections and was in a great spot. But when Juan called on MacKinnon and he responded I started smiling. If he stays injury free the [Nov. 5 GI Breeders' Cup Juvenile Turf] is the goal.”

Mackinnon has a foal half-sister by Liam's Map and his dam was bred back to City of Light. Click for the Equibase.com chart or VIDEO, sponsored by TVG.