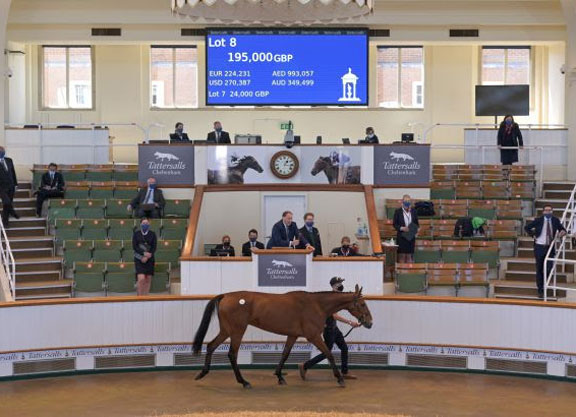 American Mike (Ire) (Mahler {GB}) (lot 8), the 20-length winner of a maiden point-to-point at Cork on Apr. 10, topped the Tattersalls Cheltenham April Sale relocated to Newmarket on Friday when selling to Bective Stud and Gordon Elliott for £195,000. Elliott, who is currently serving a six-month ban from training after a photo of him sitting astride a dead horse surfaced on social media in March, signed alone or in partnership for three of the top four lots at the sale.