American Gold Coast Purchases Coming To Hand Down Under 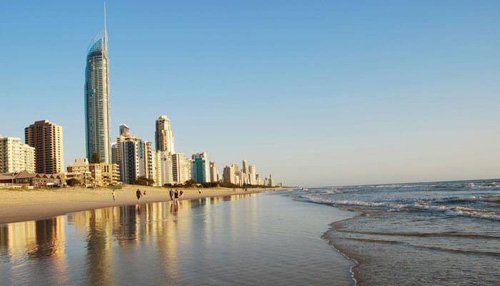 American interests have become increasingly active in Australian bloodstock sales over the last few years, with the likes of WinStar Farm, China Horse Club, Stonestreet Stables, Spendthrift Farm, Eclipse Thoroughbred Partners, Speedway Stables and Justin Casse getting involved at all levels of the market. On the eve of the 2018 Magic Millions Gold Coast Yearling Sale, the first of the year's major events, here are some updates on the handful of youngsters signed for by US-connected buyers in 2017

This September foal, who hails from a stallions' family, won a Canterbury trial back in September (videos) and was eighth on a single racetrack appearance to date at Randwick in October. “He's back up to fast work,” said the China Horse Club's Michael Wallace of the Peter and Paul Snowden-trained colt named Munich. “He will target the Golden Slipper with the traditional lead in races his early targets. Very pleased with him.”

She's Furline, produced by a stakes-placed daughter of MGSW & G1SP Umaline (Aus) (Umatila {NZ}), is the veteran of two trials during the latter stages of 2017, finishing third at Wyong Oct. 23 before filling the same spot at Canterbury Nov. 3 (videos). She's Furline is also conditioned by Peter and Paul Snowden. 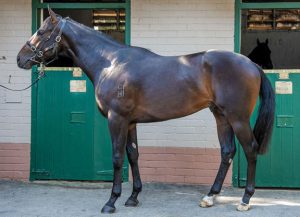 Now named Show Some Leg, the chestnut is out of a half-sister to Bring Me The Maid (Aus) (Sebring {Aus}), a dual Group 2 winner and third to Mossfun (Aus) in the 2014 Golden Slipper. Show Some Leg was runner-up in a single trial at Randwick in late November (videos). “Show Some Leg is spelling at Muskoka Farm right now,” said Marette Farrell. [Trainer] Gai [Waterhouse] said she showed a lot of talent and thought she was very precocious. That is why she trialed in November with a view to setting her up for the Magic Millions 2YO race. However, she met with a little setback from that trial and will be seen out later on in the season. We are hoping this is an omen in disguise, as [future G1 Victoria Oaks winner] Pinot (Aus) (Pierro {Aus}) belonging to Eclipse Thoroughbreds was in a similar situation and look what she did. All in all we think she is a filly with a future and Speedway are delighted to have her.” (Click for a recent Kelsey Riley feature on Marette Farrell)

The first foal from the listed-winning Affable (Aus) (Husson {Arg}), the colt now named Battle Cry (Aus) descends from the female family of multiple Group 1-winning sprinter Turffontein (Aus) (Johannesburg). “I bought the horse for my family and close family friend Paul Hughes,” said Byron Rogers. “He's being trained by Mark Newnham, whom I've known since he first started riding and then when he was assistant to Gai Waterhouse at Randwick. Before Christmas, Mark felt that he and [two-time winner and Gold Coast grad] Quackerjack (Aus) (Not a Single Doubt {Aus}) were two of his best 2-year-olds, so we were hopeful of a pre-Christmas run and to be at the Coast this week as a runner.” Quackerjack is a 14-1 chance for Saturday's A$2-million Magic Millions 2YO Classic. “But he got a bad infection which has put him in the paddock for a decent break,” Rogers continued. “He's a nice horse with some ability so hopefully we get him back towards the middle of the year. Everything by the sire improve from two to three and he should be the same.”

The Magic Millions Gold Coast Yearling Sale begins Wednesday (Tuesday evening US time) and runs through Jan. 16. Kelsey Riley is on hand and will have comprehensive coverage in the TDN Europe/International section.