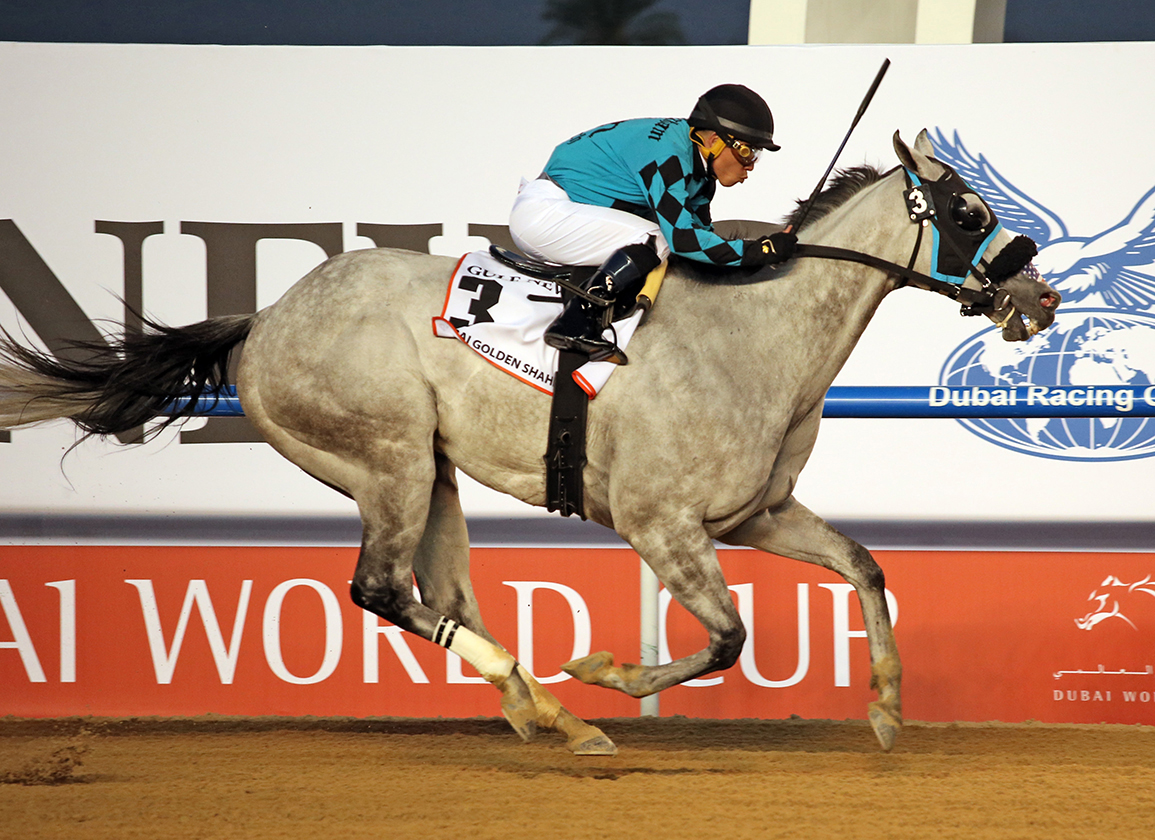 Christopher Oakes, a barred Standardbred trainer facing two felony charges in the alleged nationwide horse-doping conspiracy case, could be the ninth among 28 initially indicted defendants to flip his plea to “guilty” after having requested and been granted a plea-change hearing that on Tuesday got set for Oct. 20.

According to court documents, Oakes was the subject of two barn searches and numerous wiretapped phone conversations in 2019 in which he allegedly discussed helping the admitted doper Jorge Navarro procure and administer performance-enhancing drugs [PEDs] to be used on Thoroughbreds.

One of those horses that Oakes and Navarro allegedly conspired to dope was the elite-level sprinter X Y Jet, who died in late 2020 under murky circumstances that have never been fully documented or explained.

Navarro, who faces five years in prison at his December sentencing, has already pled guilty and specifically admitted in open court that he doped X Y Jet and other graded-stakes stars of his stable over a period of years.

A trove of phone conversation transcripts from 2019 disclosed as evidence in United States District Court (Southern District of New York) gives some clues as to the evidence that Oakes was facing had he instead opted to go to trial:

Jan. 25: Oakes, who allegedly “created and manufactured his own customized, misbranded and adulterated PED” known as an undetectable “drench” that would “rapidly increase a racehorse's performance during a race,” allegedly discusses doping options with Navarro in a phone call, telling him, “Zero chance you get caught.”

Feb. 10: Navarro allegedly texts to Oakes, “Do u have any of that new block the dr. makes [?]” Oakes allegedly agrees to procure and deliver it to Navarro for use on X Y Jet before a Gulfstream Park race. They later allegedly discuss obtaining various bottles of products, but do not discuss them in the context of veterinary treatments. Rather, the talk revolves around these products' effects on horses as being “really, really good,” of the type that “makes the blood that makes them stretch,” “stronger now and better” than “red acid,” which Navarro previously used.

Feb. 11: According to the indictment, Navarro and Oakes discuss a plan to secretly introduce a bottle of “blocker” into the Gulfstream Park barn where X Y Jet was stabled prior to a Feb. 13 race. Oakes confirms that he will smuggle that PED into the racetrack and meet Navarro inside.

Feb. 13: On race day for X Y Jet, according to the indictment, “Navarro instructed Oakes to visit X Y Jet to administer the PED, and to lie to racing officials if necessary to access the racehorse: 'Drive through. If anything, if they stop you, you are an owner and you come to Navarro's barn.'” X Y Jet then won that allowance sprint by 7 3/4 lengths at 2-5 odds.

Feb. 19: Oakes and indicted veterinarian Seth Fishman allegedly discuss supplying one of the products Fishman distributed, VO2 Max, to Navarro, with Oakes acknowledging that he removed the label from the drug before giving it to Navarro.

Mar. 10: Oakes allegedly directs an underling to retrieve a large number of “bleeder” pills (“grab like 30”). In another call, Oakes and another individual allegedly discuss “a whole bunch of drenches” that are in the “medicine room” of Oakes's barn.

Mar. 11: Oakes and another individual (who does not appear to be a veterinarian) allegedly discuss two New York-based Standardbreds scheduled to race in 48 hours who will get “blood shots” after they “train on Wednesday” and whether one of the horses “might really [expletive] blow up” because she has never received any drench or blood shot. They then discuss providing that horse with “the pills” and talk about a prior administration of a drench to one of the horses.

Based on those wiretapped conversations, federal investigators obtained a search warrant to surreptitiously search Oakes' barn on March 13, 2019. They collected samples of alleged drugs found therein, and conducted blood draws of two horses under Oakes' care that were scheduled to race two days later at a New York racetrack.

The Oakes barn was subsequently searched a second time in 2020 in conjunction with his arrest, according to court documents.