All Emotion As Frankel Hits A Century Of Stakes Winners 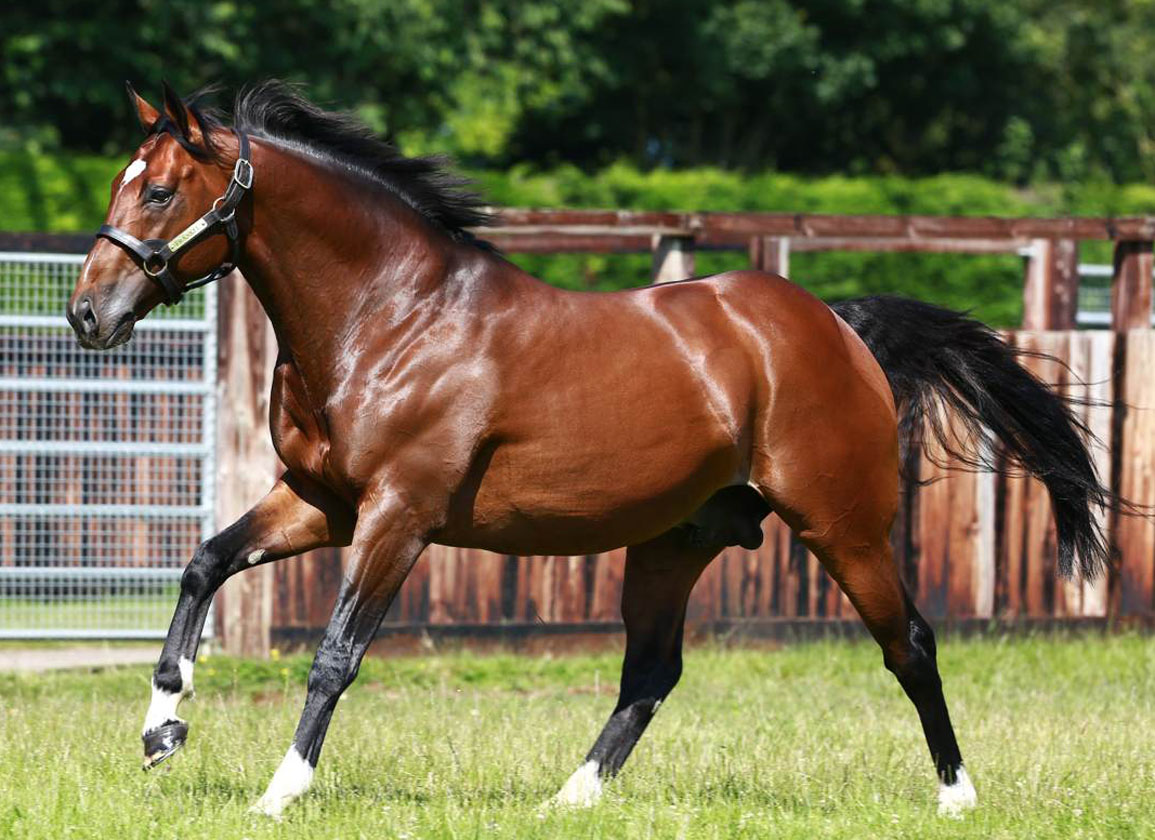 Not many horses are given a two-hour Valentine's night special on BBC Radio 5 Live to launch the start of their first covering season, but not many horses are Frankel. Those connected to the Juddmonte champion who were interviewed for that unprecedented terrestrial broadcast back in 2013 were keen to point out that being a top-class racehorse does not necessarily guarantee that that horse will carry all before him once in the stallion barn. Frankel, however, is doing just that.

Champion sire for the first time in Britain and Ireland in 2021, succeeding his own outstanding father Galileo (Ire) in the year of his death, Frankel is now responsible for 25 Group/Grade 1 winners and currently heads the European table for the 2022 season, in which he has already been represented by the Classic winners Westover (GB), Homeless Songs (GB) and Nashwa (GB), along with Group 1 winners Inspiral (GB), Alpinista (GB) and Onesto (Ire). He became the fastest sire in history to notch 50 group winners in 2021, and his current tally in that regard has already been elevated to 67.

Frankel has not of course been short of opportunities as, from the start, he has been sent some of the best-bred and best-performed mares around. The lag between covering that first book and their offspring appearing on the track gave ample time for the naysayers to start crabbing Frankel's stock that appeared at the sales, but once they hit the racecourse doubts soon started to be allayed.

His first runner, Cunco (Ire), won on debut in May 2016, was then third in the Chesham, and won the G3 Sandown Classic Trial the following season. From that same crop, Fair Eva (GB)–appropriately a Juddmonte homebred–became Frankel's first black-type winner in the G3 Princess Margaret S. At the end of that year, a first breakthrough win at the top level came in Japan, when Soul Stirring (Jpn) won the G1 Hanshin Juvenile Fillies. The daughter of the top-class racemare Stacelita (Fr) (Monsun {Ger}) then scored a double first the following season when going on to win the G1 Yushun Himba (Japanese Oaks) to give Frankel an important first Classic winner.

It was also a sign of things to come in regard to his increasingly international influence as a sire, despite the fact that he has never left the Banstead Manor stallion yard since he moved there from Warren Place in October 2012. Instead, mares came to him from all over the world. From the outset Frankel has covered in Newmarket to Southern Hemisphere time, with the demand for that service having grown in recent years.

That was no doubt in part owing to the success of his first Australian Group 1 winner Hungry Heart (Aus), whose dam Harlech (GB) (Pivotal {GB}) was purchased at the Tattersalls July Sale from Godolphin by Yulong Investments and sent straight to Frankel to be covered before departing for Australia.

Frankel's latest benchmark equals to the day the record of his fellow Juddmonte homebred Danehill in reaching the milestone of 100 stakes winners, though Danehill was of course also shuttling to Australia, covering larger books there than Frankel's Southern Hemisphere coverings in England. In the race to a century of black-type winners, he has surpassed his own remarkable sire Galileo, as well as another pre-eminent British stallion, Dubawi (Ire).

On the racecourse, perhaps the most memorable image of Frankel's three-season tour de force was his breathtaking triumph in the G1 2000 Guineas, in which he streaked to such an early, wide-margin lead that maintaining it seemed scarcely believable. He did just that, and now Frankel's tearaway talent echoes through his stallion career.

Emotion leads home a @Qatar_Racing 1-2 in the Listed @BritishEBF Chalice Stakes, with the Frankel filly staying on stoutly to score in the hands of @Atzenijockey for John & Thady Gosden 🏆 pic.twitter.com/7UnDp3BP95