Home » Archive » Shared News Europe » All A Bit Of A Shambles

All A Bit Of A Shambles 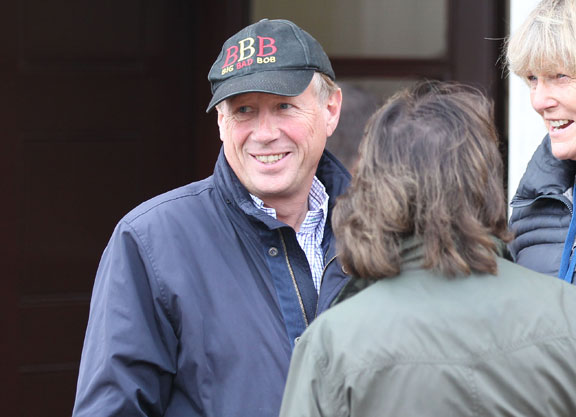 Market forces, bull markets, bear markets, online markets, and now the Wuhan wet market: it's all a bit of a shambles really. The original Shambles were just that, wet markets in numerous English market towns where butchers gathered to slaughter and sell their produce. These were narrow streets with a gutter down the middle for the blood and guts. The most famous Shambles is in York, where even in the 19th century 25 butchers still plied their trade side by side. When Old Mother Hubbard went out to get the dog a bone, the bottom of her long skirt would have been in need of a good soak when she got home.

Yorkshire is a little part of England that believes England is a little part of Yorkshire. The locals are a friendly if obdurate bunch descended from the all-conquering Vikings, led by the wonderfully named Ivar the Boneless, who settled there in the ninth century. Prior to that, York had been a jewel in the Roman crown and even had the honour of having a Roman Emperor keel over there in 306AD.

York has tremendous history. It also has a duke, though probably wishes it hadn't. The walled city was established by the Romans in 91AD and it has been the gateway to the north and the most important city in northern England ever since. It was always the first target for marauding Scots heading south and was perpetually viewed as a potential centre of rebellion by London.

After the Vikings, the Normans rolled into town and with them came the building of York Minster. The foundations of the modern city started to take shape.

Visitors approaching the gates any time up to about 1700 were invariably greeted by a head on a spike or other bits of the human body dangling from the ramparts. The London-based monarchy had a habit of dispatching the remains of those treasonous souls who had been hung, drawn and quartered to cities throughout the realm as gentle reminders. York was always guaranteed a share.

Grouse moors are the superyachts of Yorkshire: inordinately expensive to maintain, wet and windy with a cast of thousands. Having had an enjoyable day out, the natives then let their bag rot for a couple of days before it is lightly warmed and served raw with overdone crisps. A similar parsimoniousness inhabits their other culinary delight, the Yorkshire Pudding. It was invented to fill you so you wouldn't eat the more expensive meat. With Sunday lunch it is delicious, as Toad In The Hole it tastes as it sounds.

Yorkshire is also the historic home of the British Thoroughbred and still today boasts no fewer than nine racecourses within the county lines. Two of the three founding stallions of the Thoroughbred were Yorkshire-based. The Byerley Turk was brought back to Yorkshire as war booty from the Battle of Vienna in 1683 by a Captain Byerley. The same Captain Byerley also gave his favourite stallion a little timeout from fathering the Thoroughbred to ride him at the Battle of the Boyne in County Meath in 1690, which ensured a Protestant monarchy in London.

The Darley Arabian was also a Yorkshire phenomenon, having been sent there in 1700 from the historic Syrian city of Aleppo which has just been transformed into rubble by Bashar al-Assad and a coterie of lunatic Jihadis.

The Thoroughbred has since migrated south. In North America the centre of Thoroughbred breeding left Virginia for the better pastures of the Bluegrass. Anyone who has had the pleasure of visiting the Reed family's Copgrove Hall Stud, just off the A1 near Harrogate, will know that land was not the reason for England's breeding stock migration, more a need to be nearer to the monied classes of London. The last hurrah for Yorkshire breeding was Kris who stood for £120,000 at Lord Howard de Walden's Thornton Stud in the 1980s.

Uncle David (Aykroyd) is Yorkshire gentry. If God is a grouse, he is in serious trouble. Though carelessly born without title, he is the epitome of the English gentleman. A straight-backed former officer in the Coldstream Guards, he became a big hit throughout Kentucky and Virginia in the early 1980s as he accompanied Dad and Mum on their May yearling inspection tour for Vincent O' Brien. He also owned, with Helen Alexander and Mrs Groves, the 1983 champion 2-year-old filly of America, Althea. I would suggest he is (and likely to remain so) the only son of Yorkshire to have won the Arkansas Derby.

David and his wife Vimy kindly invite us to stay for the York Ebor meeting every year. It is a veritable feast of eating, drinking and racing. How the British genteel classes weren't obese long before America made it fashionable is a mystery. A cooked breakfast, the Racing Post and David at the head of the table starts the day. “Patrick, I mean people without horses, what on earth do they talk about?”

The house party are proper racing fans. They are there purely for the pleasure of a day at the races in good company with all the visual excitement that high-level sport provides to the dedicated fan. There is no whiff of gunpowder here, although I have my suspicions about a secretive underground trade in hearing-aid batteries.

Yorkshire is also famous for its cricket. Cricket and racing are facing similar challenges. Both are in danger of just becoming digital wallpaper for the gambling industry. In both cases the big days are what saves the live sport. Just as the Ashes (England versus Australia) are ever popular, so too are the big racing festivals. As the urban areas disconnect from the horse, horse racing needs to focus. The festivals of Royal Ascot, Goodwood, Chester, York, etc., are thriving, so does it matter if no one goes to Wolverhampton on a wet Friday night? Other than to the owners of such racecourses, of course not. It is shown live on pay television and the racecourses get paid handsomely by the television stations who rightly pander solely to the gambler.

The evidence in Europe and North America could not be clearer. ParisLongchamp is empty and Deauville buzzes in the summer, Belmont/Saratoga, The Curragh/Galway, Santa Anita/Del Mar, you get the picture.

Whether it's the Peaky Blinders necking Tequila at 10am at Jamaica on the way to American Pharoah's Belmont, or the high-end tail-gating at Royal Ascot, it is all about the occasion, and there can only be so many occasions. The Met held at the end of January was Cape Town's society event of the Holiday season. Now it has been superseded by the L'Ormarins-inspired Queen's Plate and is but a shadow of itself.

What racing can and does do is give the paying public an experience unique unto itself. The dress code is an extremely important part of this. At Royal Ascot it is top hat and tails, at Evangeline Downs it is placing your baseball cap on your head peak forwards.

The smartly dressed crowd that files across the Knavesmire to York races is a sight that can only be seen nowadays on race days or at private functions. The girls make a supreme effort. If the girls dress up the law of the jungle says the peacock must too, or at the very least wash. Keeneland in April is another good example, as are the student days at Leopardstown and Limerick. The return journey tends to be a bit messier, with high heels and good intentions long discarded.

The Knavesmire also hosted another extremely popular and well-attended event in 1739: the hanging of highwayman Dick Turpin. Hangings of course had problems familiar to racing in the need to entertain between short bursts of action. Turpin, like Billy The Kid and Bonnie and Clyde, was a low-level psychotic thug who became a media darling. Although made famous as a highwayman, he was actually hanged for horse theft. Perhaps something our newly formed moral guardians The Bloodstock Industry Forum could look into.

Afternoon tea with heavily buttered crumpet awaits us when we arrive back from a fantastic day of sport (horse racing is a sport that has a business attached to it, not the other way round). Once the tea and crumpets are dispatched there is a seemly wait of up to four or five minutes before champagne is served. Then on to dinner (eleven grouse and one steak). Not for the first time, the last word is left to David as he tries to persuade a fellow diner to join him in ownership. “Patrick, I mean people with money who don't spend it, well it's a disease isn't it?”