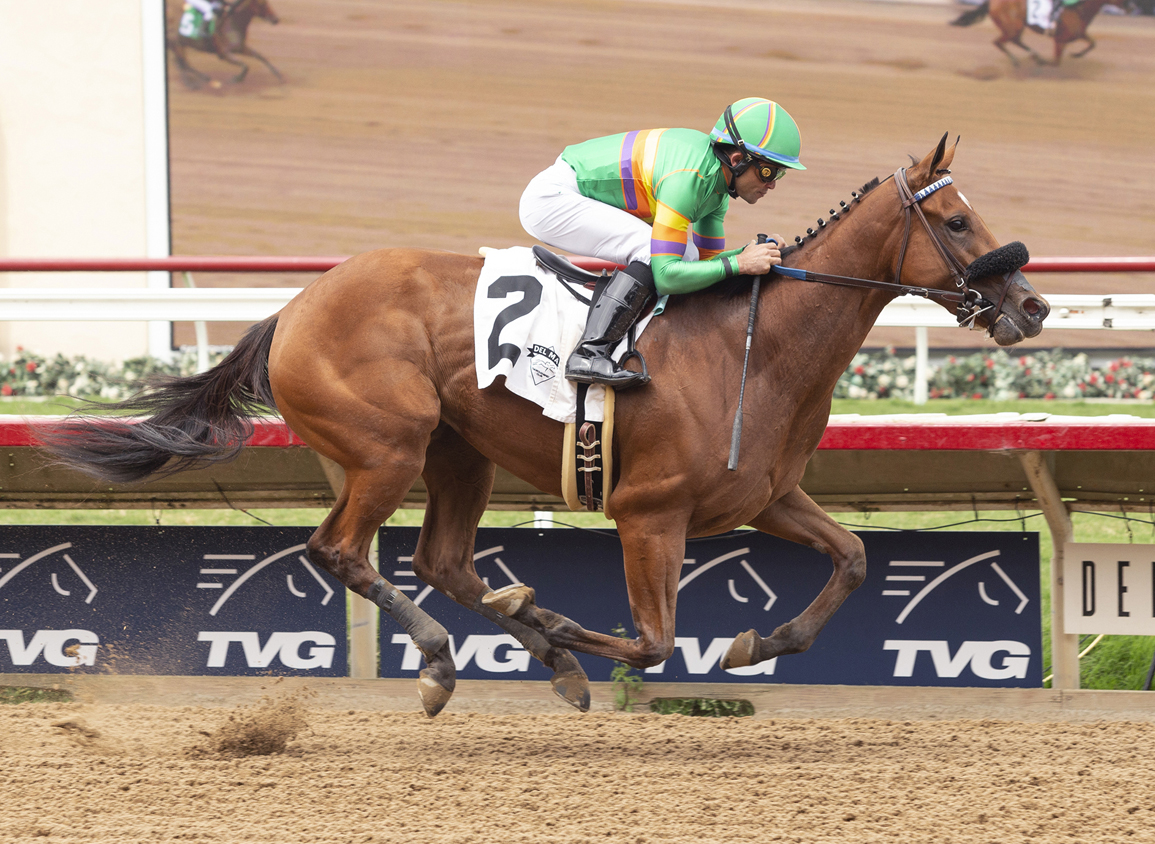 Ain't Easy (Into Mischief) was given an 8-1 chance in this debut and will certainly be a much lower price next out after a 'TDN Rising Star'-worthy victory. The bay settled on the fence in mid-pack through a :21.98 opening quarter and improved her position turning for home. She overtook favored Keychain Girl (Practical Joke) in early stretch and powered clear with ease to win for fun by 5 1/4 lengths.

The winner is the 26th 'TDN Rising Star' for Spendthrift super sire Into Mischief and the second of the day, following My Prankster's impressive first-out romp at Saratoga. Ain't Easy was also bred by Spendthrift, which lost its leader B. Wayne Hughes earlier this week. Her dam Ameristralia is a daughter of MGSW Heart Ashley (Lion Heart), who in turn is a half-sister to GISW young sire Cupid (Tapit). Spendthrift purchased her for $370,800 at the 2014 Inglis Easter Yearling Sale and she was Group 3-placed for those connections. Her first foal Zunith Moon (Malibu Moon) brought $300,000 at OBS March and Ain't Easy was a $400,000 KEESEP yearling. Ameristralia produced a Bolt d'Oro colt in May of 2020 and a Mendelssohn filly May 9 of this year. She was bred back to champion Vino Rosso.

Click for the Equibase.com chart, the free Equineline.com catalogue-style pedigree or VIDEO, sponsored by TVG.