Against All Odds, Derby Looms in Hong Kong 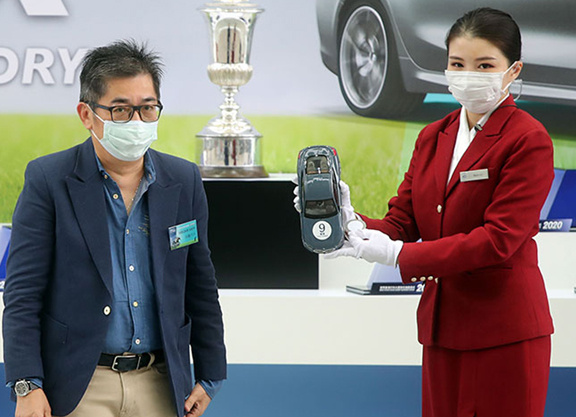 Coronavirus has had a major affect on horse racing all across the globe, forcing the temporary abandonment of racing in a handful of prominent racing states in America, as well as Britain, France, hard-hit Italy and South Korea, while other places soldier on in front of empty grandstands.

Hong Kong lies roughly 700 miles due south of Wuhan, the widely accepted epicentre of the virus's outbreak, but owing to aggressive action by the government and a populace that adhered strictly to preventive measures, racing has been allowed to continue in the SAR, albeit absent the crowds that enthusiastically support the game and recognize its importance in their lives.

Officials at the Hong Kong Jockey Club have, over the last two weeks, allowed a few more patrons into live race meetings, but given the explosion of the virus overseas that poses a renewed threat from the outside, the Club's endeavours to open this weekend's BMW Hong Kong Derby meeting to even more racegoers ran out of time. But a full field of 14 4-year-olds and two emergency runners was drawn Thursday morning in the Sha Tin parade ring.

Golden Sixty (Aus) (Medaglia d'Oro) is the king of the hill among his peers and can become just the second to sweep the Classics with a victory in his first attempt at the 2000 metres Sunday afternoon. The late Rapper Dragon (Aus) (Street Boss) made history in 2017 by adding the Derby to the Classic Mile and Classic Cup. Bred from a Distorted Humor mare, Golden Sixty would appear to relish Sunday's trip and ran out the 1800 metres of the Classic Cup very well, running down Champion's Way (Aus) (Hinchinbrook {Aus}) by a half-length.

Golden Sixty, winner of six straight and nine from 10 overall, drew gate nine and will be ridden by Vincent Ho, who looks to become the first 'homegrown' rider to take the Derby since Tony Cruz guided Makarpura Star (NZ) (Native Kingdom) to the victory in 1995.

“And I try not to think about winning the Derby because it's not yet happened,” Ho said. “I try to do my best and focus and try to perform well enough to get Golden Sixty there. He's a brilliant horse.”

While trainer Francis Lui has always had his doubts about Golden Sixty's chances of seeing out a mile and a quarter, he has always been of the opinion that More Than This (GB) (Dutch Art {GB}) would relish the distances getting longer. Though he was second in the Classic Mile and third, beaten a length in the Classic Cup, he hit the line hard both times and the extra 200 metres should work in his favour this weekend.

“It doesn't look like there is going to be too much pace in the race–so I thought barriers were going to be important and now we're halfway there, so we just need a little bit of luck now,” said 2015 Derby winner Zac Purton before More Than This drew gate one Thursday morning.

Champion's Way is conditioned by John Size, who didn't win his first Derby until 2012, but has since added a couple more, including Ping Hai Star (NZ) (Nom du Jeu {NZ}) in 2018. Though he is winless in five outings this season, he has rebounded from an early-season swoon to earn his way into the Derby. Champion's Way is berthed just to the inside of Golden Sixty in barrier eight.

“I think the draw is ok for him and his racing style–to go forward a little–and I think there are four or five horses in there that'll show decent speed, so hopefully he'll be able to position himself midfield,” Size said.

Columbus County (NZ) (Redwood {GB}) will go off at rough odds, but has yet to run a poor race in four Hong Kong starts. He has played the role of bridesmaid in each of his three most recent runs, missing by a half-length behind Butterfield (Brz) (Setembro Chove {Brz}) over 1800m Feb. 2 and by a nose to the well-regarded Darley-bred Amazing Beats (Aus) (Epaulette {Aus}) in a genuinely run Class 2 going the Derby distance Feb. 23.