After HHR Decision from Court, Racing Considers Next Steps 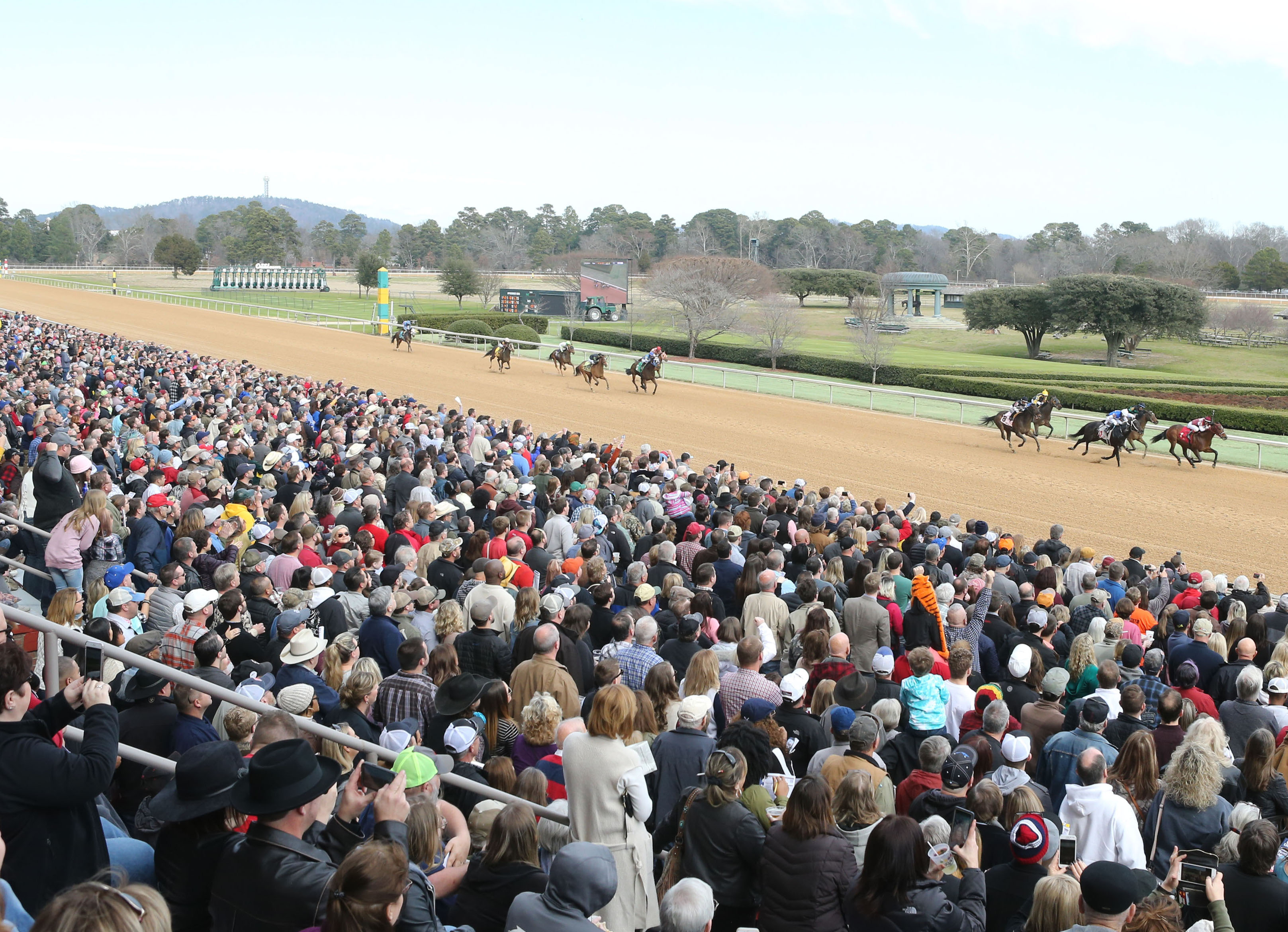 Still reeling from a decision by the Kentucky Supreme Court that ruled that Historical Horse Racing (HHR) machines are illegal, the racing and breeding industries in the state have continued to work behind the scenes to find a way to keep the gaming machines operating. The machines have proved so popular that they handled $2.2 billion during the most recent fiscal year and contribute tens of millions annually to purses.

The court ruled that the machines, which resemble slot machines, did not fall under the legal definition of pari-mutuel gambling and, therefore, could not be approved by the Kentucky Racing Commission.

Kentucky Thoroughbred Association Executive Director Chauncey Morris said the sport’s best hope now rests with the state’s General Assembly, which could approve legislation that would make the machines legal. One way of doing so would be to pass legislation that changed the definition of pari-mutuel gambling so that it covers HHR. HHR allows bettors to wager on replays of races that have already been run.

“By the looks of it, this may need a legislative fix,” Morris said. “I know that everybody is sitting back and crafting their strategies on how to accomplish that.”

Morris said that he does not expect anything to happen within state government until after the November election.

“I suspect we will learn a lot more about the prospects for this after the election,” he said. “In the absence of a special session you’re going to have to wait for the natural beginning of the General Assembly. To be clear, it was a shocking and disappointing decision, but the decision did provide a road map on how the legislature, if they are so motivated, can change their definitions. Beyond that, everybody can speculate on what is going to happen but it will begin and end with the Kentucky General Assembly.”

Morris said it is hard to predict what the General Assembly would do, but added that some of the most influential lawmakers in the state have always supported horse racing.

“We have had some conversations but you never know what is going to happen until the General Assembly starts and takes up the issue,” he said.  “It’s not dissimilar to what we saw with the Horse Racing Integrity and Safety Act that was introduced five years ago and it just cleared a first hurdle in the House. Legislation, it works in strange ways. I will say that it is no secret that our industry has some very meaningful friendships and allies in the Kentucky General Assembly, not the least of which is Senator Damon Thayer, the Speaker and others.”

Thayer, the Senate Majority Leader, is a former racing executive who has been one of the sport’s biggest supporters in the state capital of Frankfort. But Thayer said he was not ready to commit to an effort to craft legislation that would legalize HH.

“I’m just not ready or willing to talk about a legislative fix at this time,” he said..

“I don’t have a strong level of confidence that a legislative solution is a possibility,” he added.

HHR could be a thorny issue for some legislators. The push to have them declared illegal was led by the Kentucky Family Foundation, a socially conservative group that says it works on behalf of “families and the values that make families strong.” In a conservative state where religious organizations have a lot of clout, there will likely be many politicians who don’t want to come off as pro-gambling.

“This is a conservative state and this kind of caught everybody by surprise and now we have to find another alternative,” Morris said.

Thayer said he was keeping an eye on what steps might be taken by Exacta Systems, an HHR manufacturer. The Boynton Beach, Fla.-based company issued a press release last week that said it will introduce a new HHR system that will be legal based on the guidelines set forth in the Kentucky Supreme Court ruing.

“While we are disappointed with the Court’s decision, we do appreciate the clarity that the Court has provided as it pertains to HHR in Kentucky,” Exacta Systems President Jeremy Stein said in a statement . “After several years of litigation, we now have certainty on how HHR systems must operate in the state. In anticipation of this ruling, Exacta has devoted several months of development time to produce an alternate HHR system that complies with the Supreme Court decision. After reading opposing legal briefs and hearing the questions asked at oral arguments, we wanted to have an alternative system in place that addressed the objections raised by opposing counsel and the various Justices, as a contingency in the case of a negative ruling. The updated Exacta system is fully compliant with the requirements as articulated by the Supreme Court, and we are excited to present our updated system to the Kentucky Horse Racing Commission in the coming days.”

The Supreme Court decision was announced last Thursday, but the state’s HHR operations have yet to be discontinued. The Family Foundation has called on the tracks to cease operating the HHR machines. Kentucky Horse Racing Commission Executive Director Marc Guilfoil was not available Tuesday to clarify why the machines were still in operation.